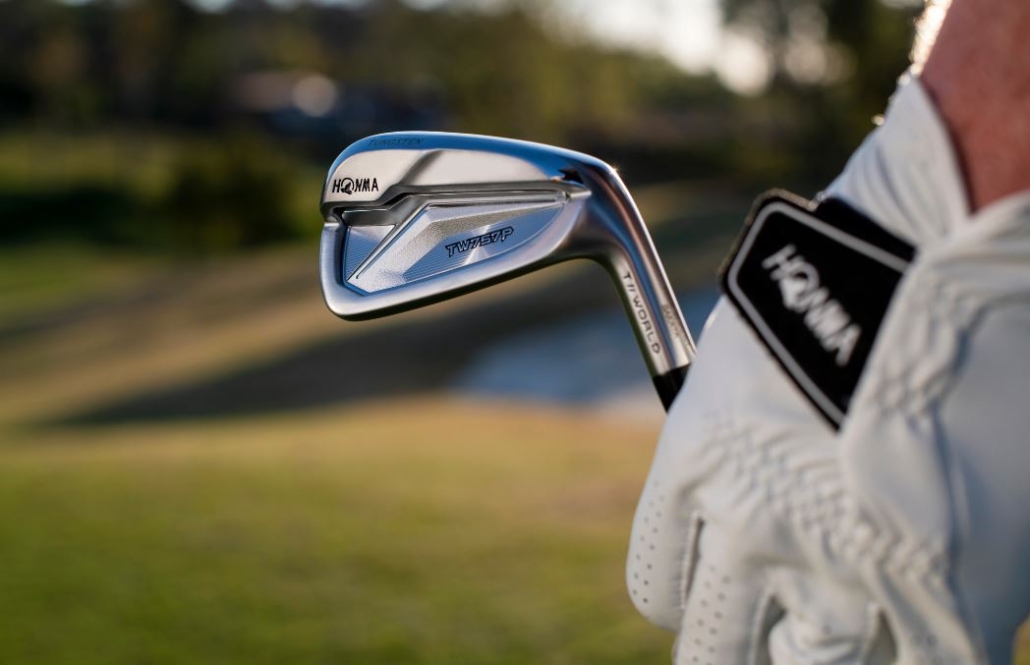 The Honma TW757P Irons are multi-material cast irons that occupy the upper echelon of the game-improvement irons category.

Honma calls the entire TW757 line of irons “tour-inspired” which would probably scare off a lot of high handicappers and beginners. But we wanted to test these irons ourselves to really see what the performance was like.

So we did just that. In fact, we swung with the entire Honma TW757 iron family to give you a better idea of which ones would be better for your game. Take a look at what we discovered.

Are They Good for High Handicappers?

The Honma TW757P Irons come loaded with some essential forgiveness features that high handicappers have come to rely on.

While we wouldn’t say there is anything innovative about the design of the Honma TW757P Irons, we will say that they took a page out of some very reliable books. They didn’t stray too far from a forgiveness formula that works.

The Honma TW757P Irons feature an undercut pocket cavity that allows the face to flex more upon impact, pushing ball speeds. These are cavity back irons so they are inherently more forgiving than muscle back blades.

There are also tungsten weights placed in the sole and the toe of the Honma TW757P Irons which covers the areas that most players mis-hit. Finally, the L-shape face insert ensures that low-face shots still have a chance to fly far. 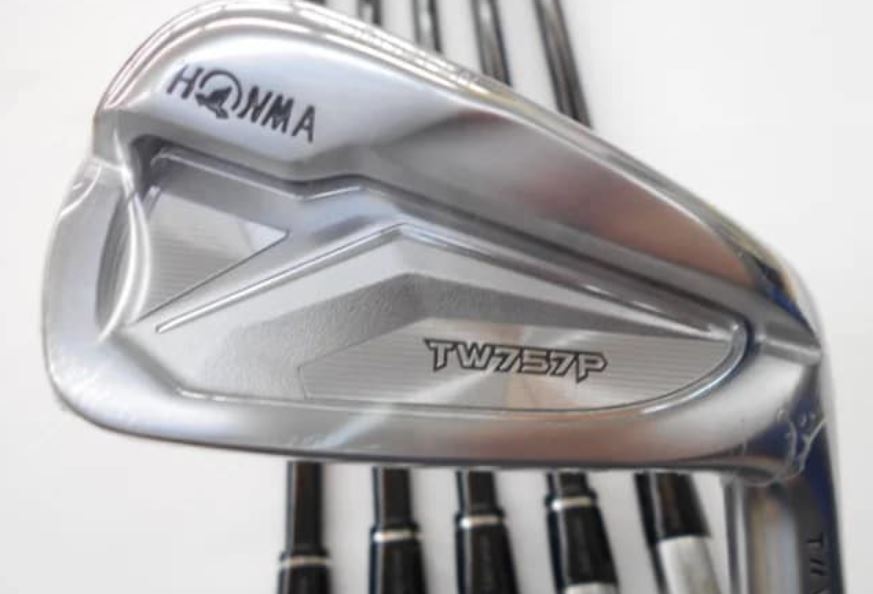 Again, they took a page out of the books of brands like Callaway and Taylormade and put the help where golfers need it most. The offset is moderate so you get a bit of help if you are struggling with a slice.

But the real help comes in the form of accuracy. Our testers’ shots were flying straighter even when they hit low on the face or out towards the toe. This allowed them to land, or at least get close to, the green from longer approaches.

So from an accuracy standpoint, they are forgiving. However, distance was only improved on errant shots. The Honma TW757P Irons won’t help you fly very much further than average even when you pure them

Differences Between the Honma TW757P Irons and the Titleist T100 Irons

The T100 irons also have tour-inspired appointments but are more forgiving than meets the eye.

Our testers noted that it was actually much easier to sweep the ball off the deck and get good launch angles from the T100 irons. They feature perimeter tungsten weighting for better balance and lateral forgiveness.

While the Honma TW757P Irons produce a lower, more piercing trajectory, the T100’s will be of more help if you need more lift off the deck.

Are the Honma TW757P Irons Worth it? 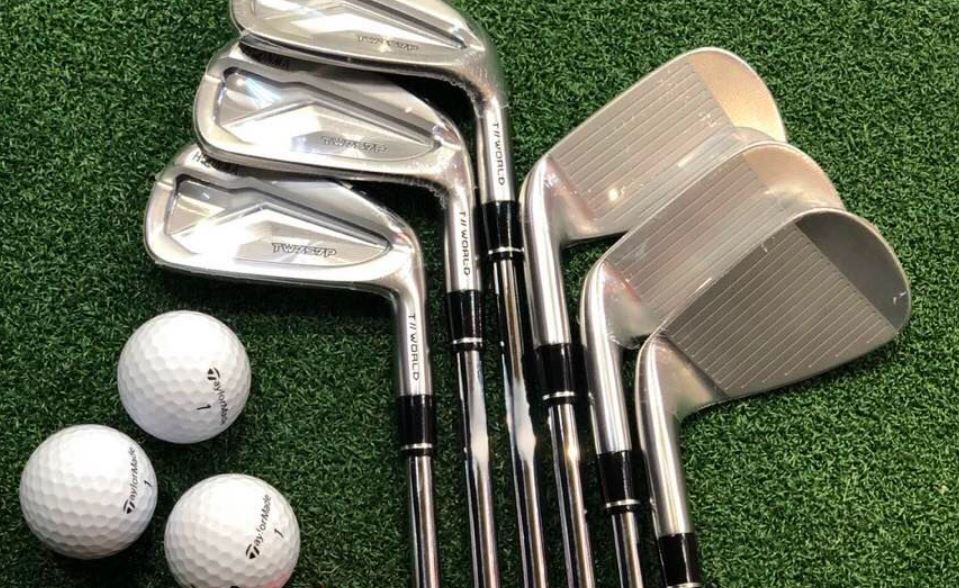 One thing we must say about the Honma TW757P Irons is that they give you something to aspire to.

They aren’t the longest irons on the market but they have a great feel and look. They are also very durable and the shaft options are fantastic. If you plan to stick with the game for a long time, the Honma TW757P Irons would definitely be worth the investment. 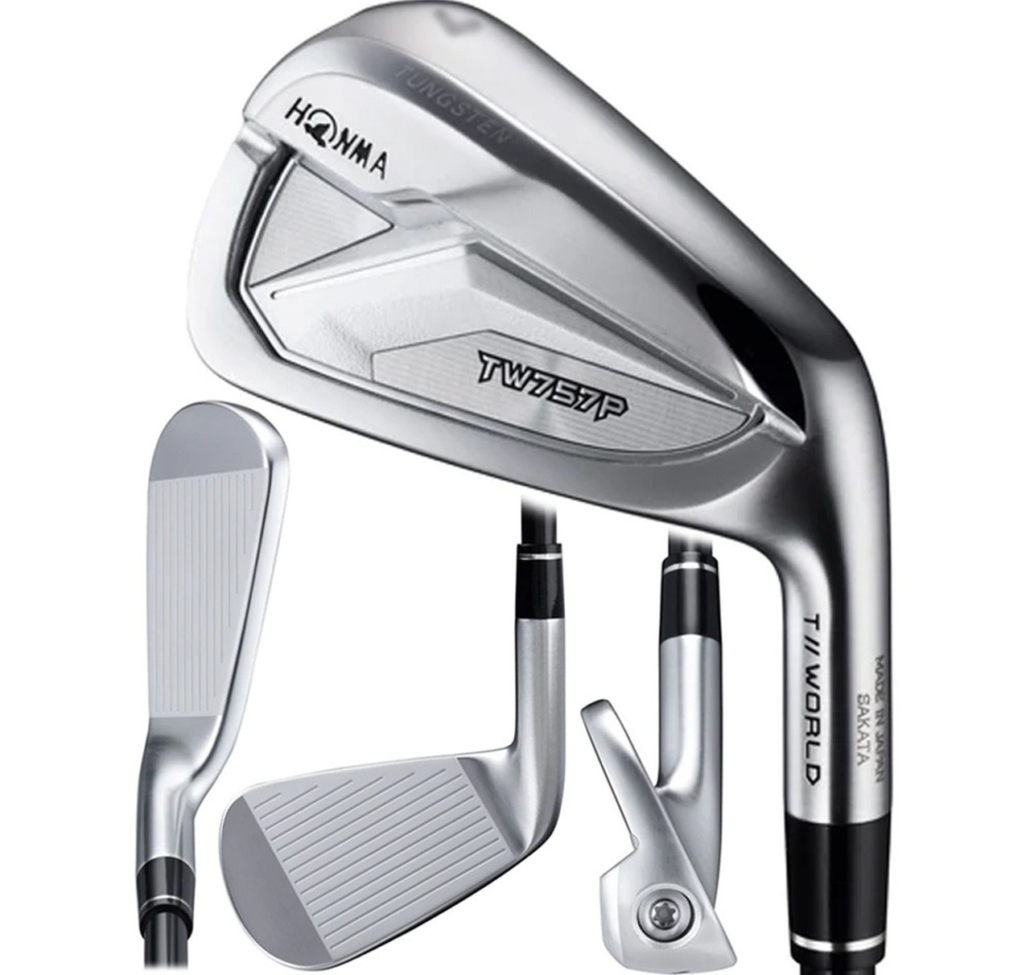 The Honma TW757P Irons irons provide a premium look in a package that is more forgiving and congenial for high handicappers. 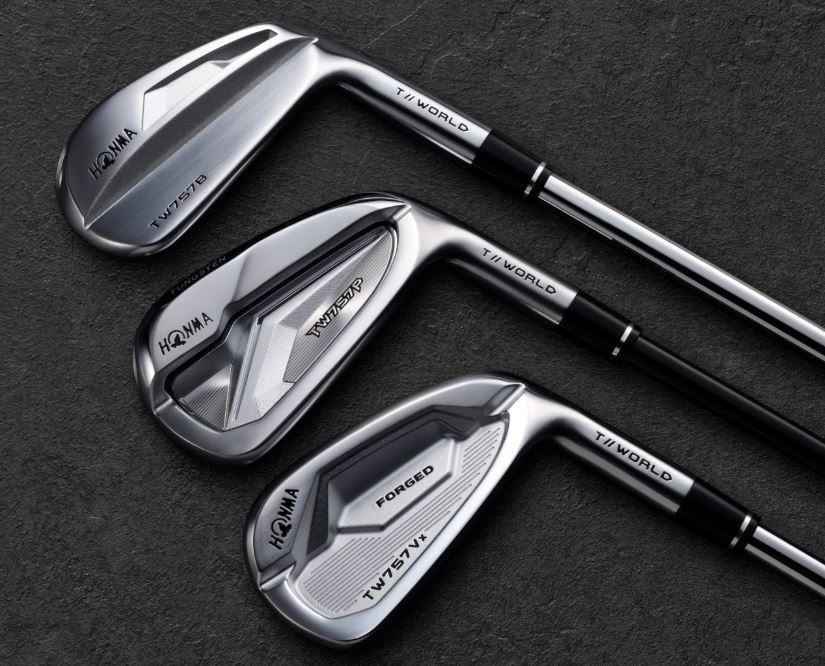 At point of address the Honma TW757P Irons look clean, sleek and they just beg you to swing them.

We were really taken with the looks of these irons. They look so tempting in the bag and at point of address. The undercut is pretty low-profile and it doesn’t jut out as much as some game-improvement irons so they have a cleaner look.

We were a bit bummed that these irons weren’t forged; but we can’t knock them too much since they were essentially made for higher handicappers.

Who are the Honma TW757P Irons for? 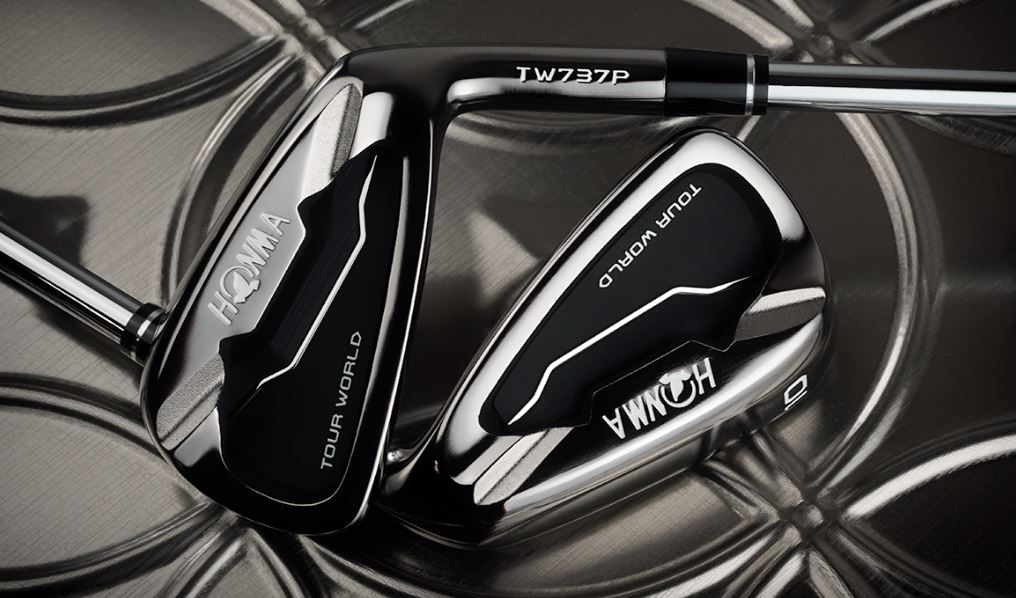 The Honma TW757P Irons are geared towards mid to low handicappers.

Don’t expect a massive sweet spot or long blades with these irons; but they still provide good forgiveness on low-face and toe-side shots.

This is considered the “entry-level” Honma TW757 iron. It has basic forgiveness features and a cavity back design. It does provide good forgiveness in the areas where players tend to miss the most; but overall distance is a bit lacking. You will need at least a moderate swing speed to unlock the distance potential that these irons bring to the table.

The Honma TW757 B irons were made from 8620 carbon steel which imparts a soft yet responsive feel that lower handicap players will love. These are muscle back irons but they have the same loft characteristics as the Honma TW757P Irons which is to say that they have pretty weak lofts. The launch is great but it also compromises the workability in the long irons. 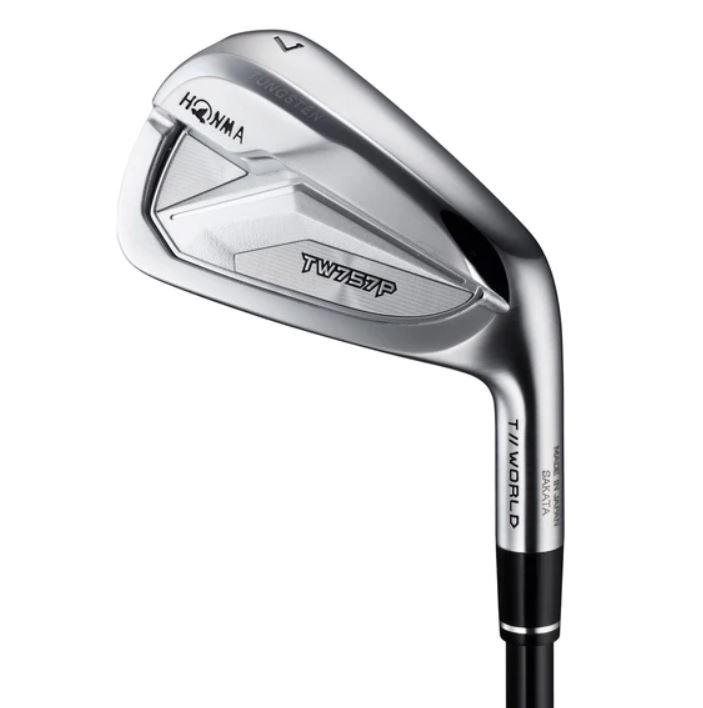