Are Sub 70 659 Irons Good for High Handicappers? – Are They Forgiving for Beginners 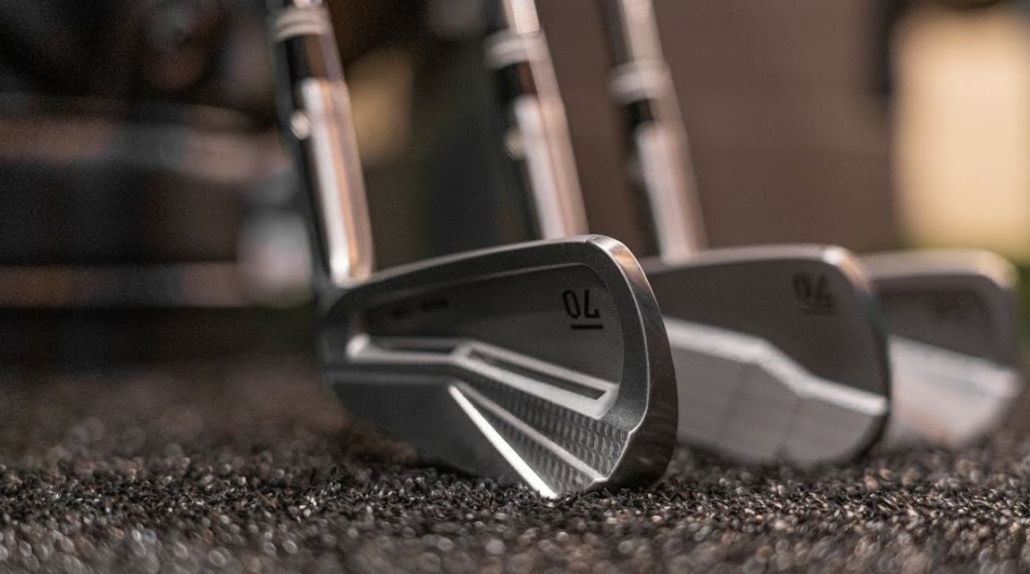 The Sub 70 659 irons may very well be good game-improvement irons in the guise of a premium, player’s performance iron.

The Sub 70 659 irons replace the 639 irons and right away, they have a striking look. With a black finish and familiar player’s cavity back design, they are certainly an intriguing set of irons.

Couple that with the fact that they usually retail for about $650 for a full set and we could understand why so many golfers are tempted to pick these irons up. But are they really helpful for beginners?

It’s important to note that the Sub 70 659 irons weren’t exactly designed with low handicappers in mind. The head shape is relatively small compared to most game-improvement irons. But they have essential forgiveness features that may make them viable for high and mid handicappers.

We tested these irons specifically to see if they are good for beginners and high handicappers. Read on to learn what we discovered about them.

The Sub 70 659 irons have a striking black finish and a forged construction.

Right away, the forged construction gives them an amazing feel. What’s more, the Sub 70 659 irons were forged from a billet of soft steel. We were taken aback at how premium these irons (that run for less than $800 for a full set) look and feel.

The forged construction also improves shot shaping. While that may not mean much to a high handicapper, it’s nice to know that your irons can play above your skill level.

What Type of Irons Are They? 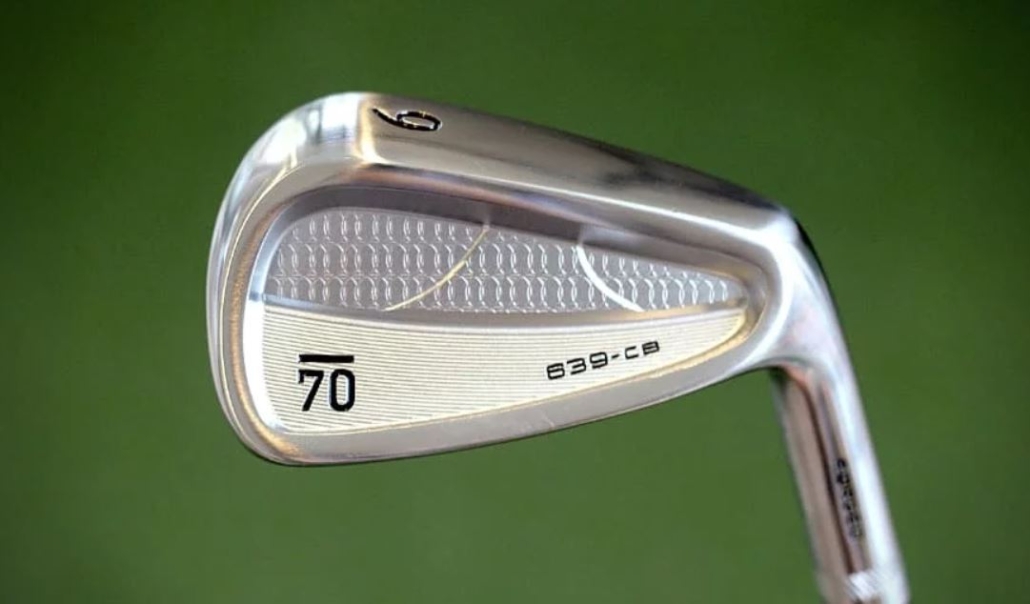 The Sub 70 659 are billed as players cavity back irons. Game improvement obviously wasn’t the main goal for the design of these irons. That all being said though, they do have a lot to offer higher handicap players.

How Forgiving Are the Sub 70 659 Irons for High Handicappers?

One of the things that surprised us about these irons was how straight they flew even on inward contacts. Our heel shots were flying ridiculously straight with the pitching wedge and almost all the other short irons in this set.

While the smaller head and minimal offset may be a drawback for high handicappers, if you stick with these irons we think you’ll be able to improve your game. Shot dispersion is almost effortlessly tight. The Sub 70 659 irons can certainly help you straighten out your heel shots and help you land more greens from short approaches.

Even with the 7-iron, our testers who favored the heel side were getting ridiculously straight shots and getting an average of 174 yards. In fact, judging by the ball flight only, you wouldn’t be able to tell that we were mis-hitting towards the heel.

The Sub 70 659 irons come in both steel and graphite stock shafts.

They are available in senior flex, regular flex, stiff flex and extra stiff flex. You can choose from a wide array of models including KBS C Taper, True Temper Dynamic Gold R300, Nippon NS Pro 950 and many more. 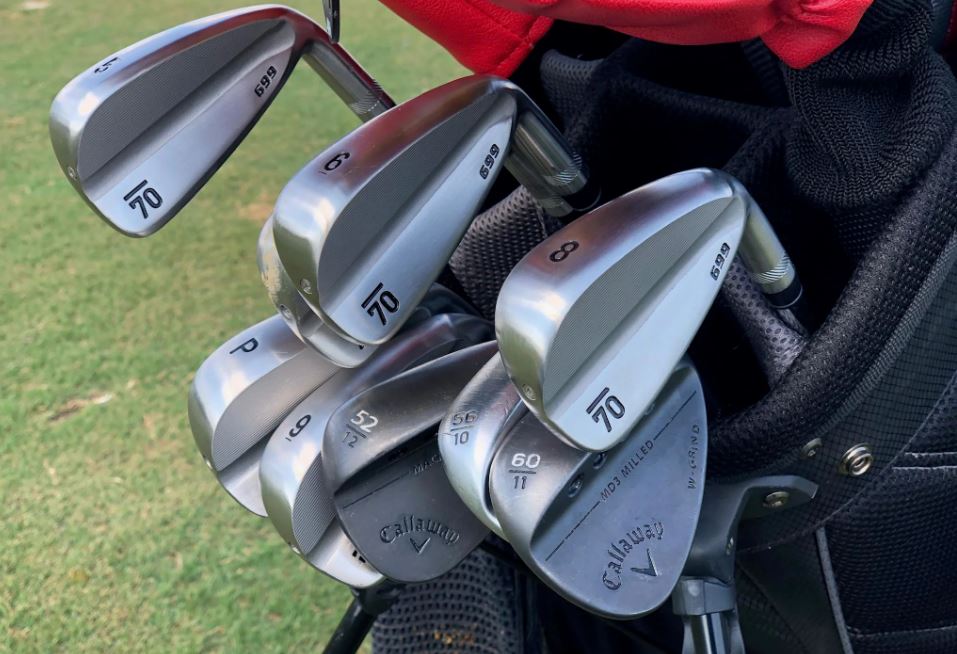 The Sub 70 659 irons can almost naught but to fly straight which is good news for beginners and high handicappers.

Off the face, the ball comes off nice and soft. The soft steel forging really adds a degree of workability to these irons but overall, the lateral workability was lacking.

It’s hard to determine exactly where these irons get their distance but make no mistake about it; they play long.

A lot of it has to do with the low spin. Most of the mid irons generated very little spin in the air so they were able to hang a lot longer than usual. To give you an idea, the average distance our testers yielded from the 7-iron in this set came out to be 170 yards.

Pretty impressive overall. Even on full swings that soar past the green, they have a soft feel and satisfying sound. In fact, that was one of the only problems. The mid irons play so long that it’s easy to sail the ball past the green.

After multiple swings with these irons, shot shape, flight and distance were remarkably consistent.

If you want to be able to know exactly what you’re going to get from the iron you pull out of your bag, these irons would be a great choice. The forging process makes them incredibly consistent.

Flight is almost always straight although they will hook a bit if you tend to hit out towards the toe.

Do They Have A Beginner-Friendly Price?

Absolutely. In fact we were amazed that the Sub 70 659 irons generally retail for about $650. This is a great deal if you are looking for a quality set of irons. 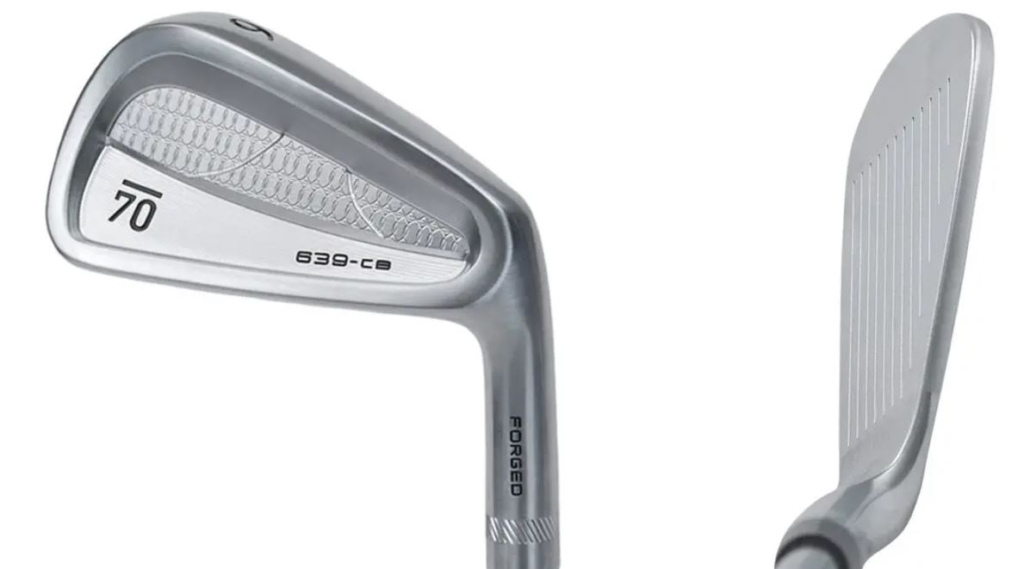 Other Beginner Irons to Consider 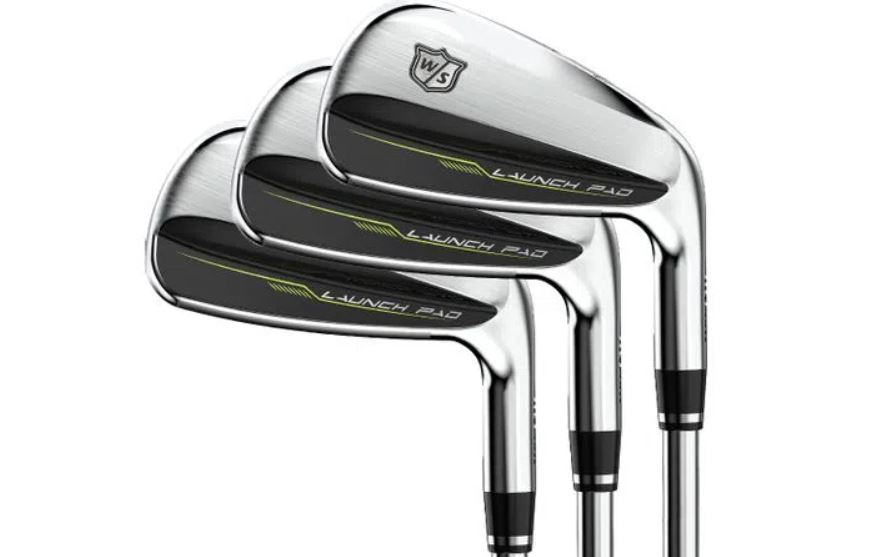 The Wilson Launch Pad 2 are hybrid irons that build on the success of the original Launch Pad irons.

The Launch Pad 2 irons still have the same thick sole but with a more refined leading edge and a metallic back plate. 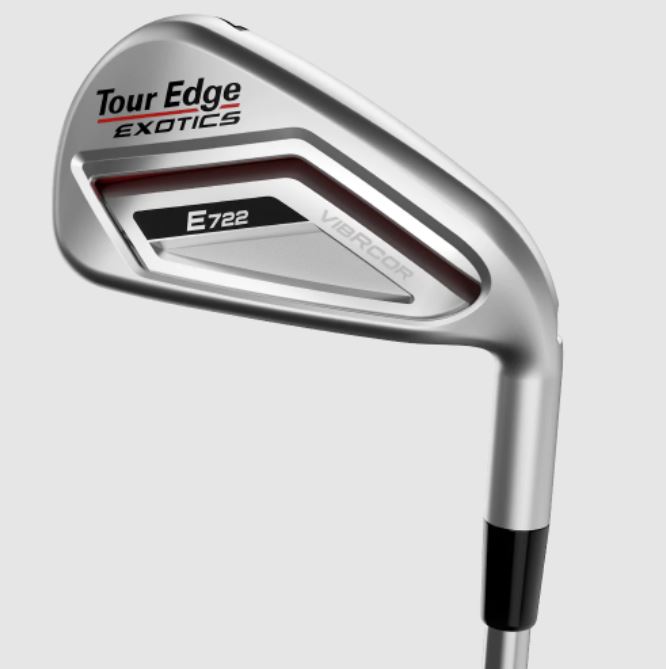 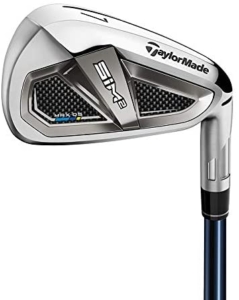 The SIM Max irons have a substantial footprint that would be perfect for beginners.

The SIM Max irons yield great distance thanks to an improved speed bridge that stabilizes the head and preserves more ball speed. 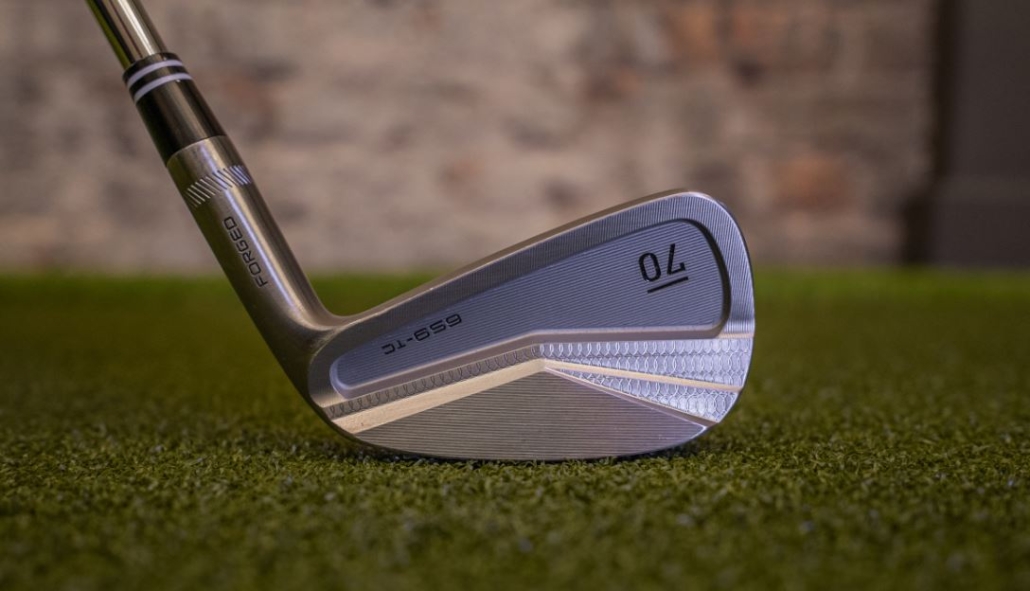 We would definitely recommend these irons to high handicappers struggling to keep the ball on-line. Your Sunday foursome will think they are more expensive and they can help improve your accuracy.

Wilson Launch Pad 2 Irons Review – Are They Forgiving & Good for...

Are Tour Edge E722 Irons Good for High Handicappers? – Are They Forgiving...
Scroll to top