The misconception that a lot of players have when shopping these two elite Titleist iron sets is that they are both Tour-grade irons.

This is a common mistake as the AP2’s were a favorite on Tour and of course, the similarly named AP3’s have to be Tour-grade too, right?

Not necessarily. While we would not overlook the AP3 718 irons for any reason if we were searching for a premium set of irons, there are some differences that set these irons apart.

In the following comparison article, we will be discussing what those differences are.

The Titleist AP2 718’s are an excellent combination of distance, forgiveness and short game performance.

In fact, it would be hard to argue that these aren’t the finest irons that Titleist currently makes. The 718 irons actually have thinner faces than their predecessors (the ones that came out in 2008) and at 2.1mm, these irons play hot.

The Tungsten weights are infused with the steel inside the heads of these irons which gives them a superb, uniform feel.

While not a Tour-grade iron set, the AP3’s are no slouch. They fall into the category of player’s distance irons and are among the best in their class.

These are hollow-blade type irons that have a sweet look at address – if you are a mid to low handicapper.

The blades are nice and short, the heads are compact and the offset is kept to a minimum.

However, if you are familiar with the AP1 or AP2 718 irons, you will notice that the head shape sits right between the two – smaller than the AP1 but slightly larger than the AP2.

Right off the bat, the head size makes the AP3 irons more congenial for mid handicappers than the AP2’s. 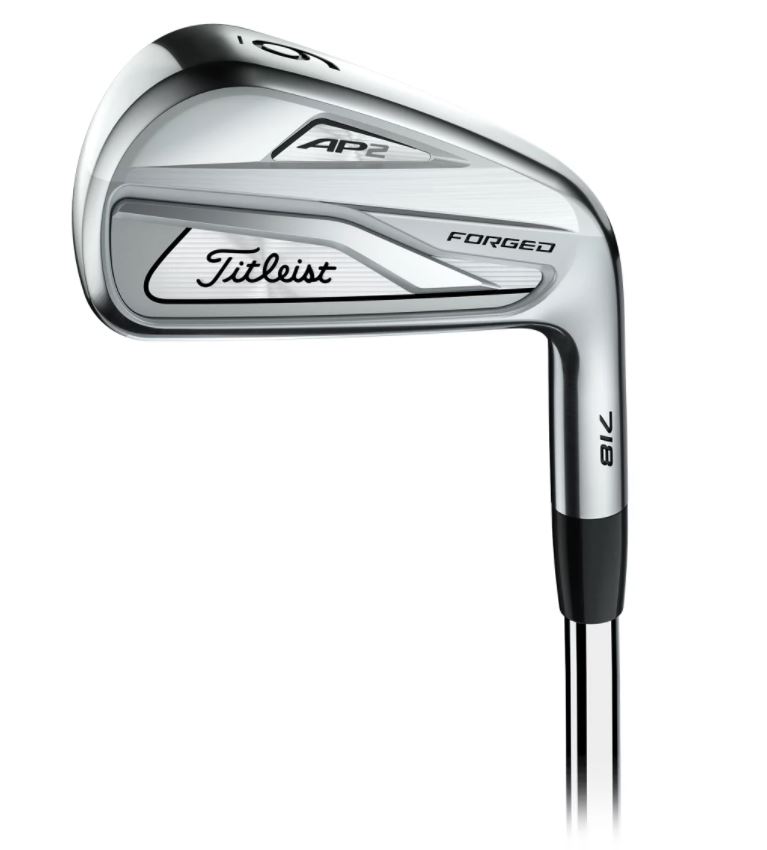 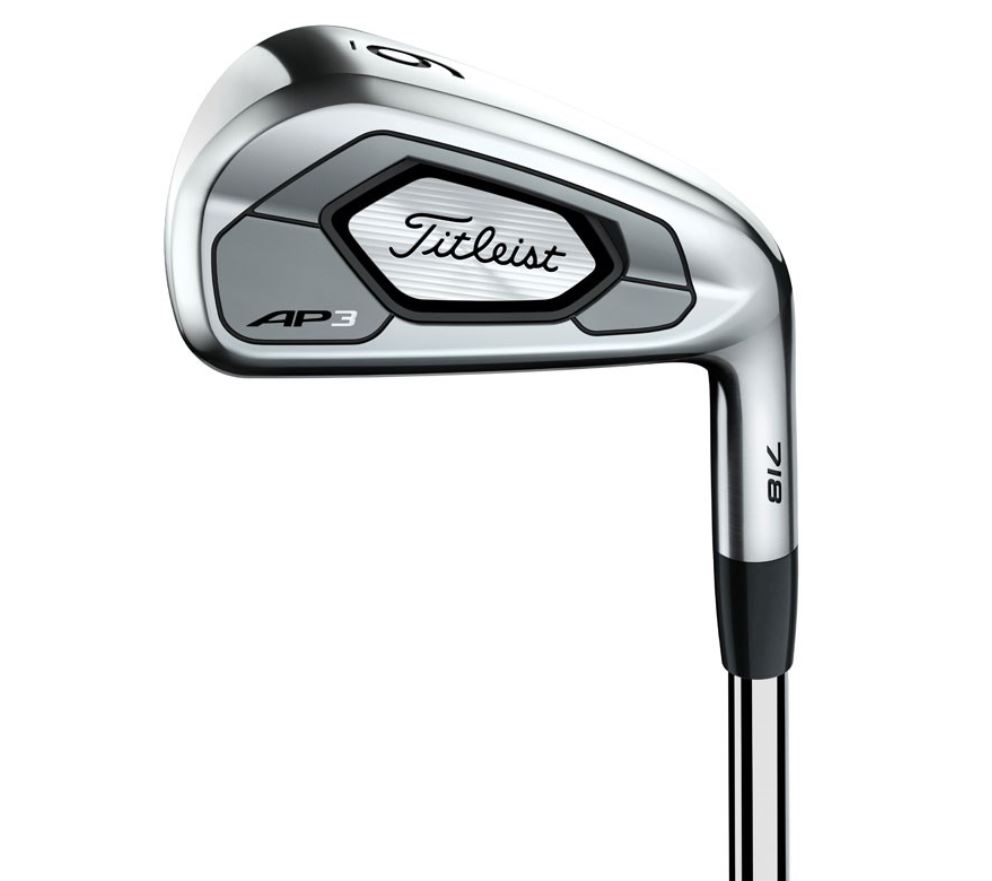 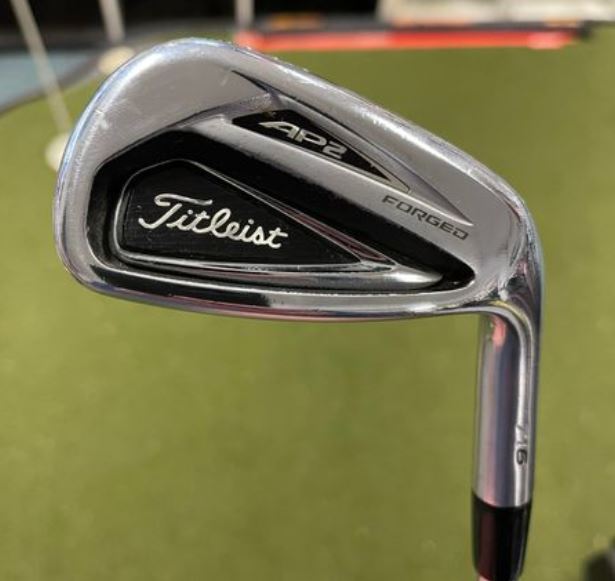 The Titleist AP2 718 irons look great at point of address with a clean muscle back design.

We tested the long irons first so we noticed right off the bat how low and central the CG was. This provided us with easy and instantaneous launch.

We also noticed that the brushed soles smoothed out turf interaction.

However, we forgot that we were playing a tour-grade iron almost immediately. The explosive faces make these feel almost like distance irons.

It’s only when you compare the head size to other irons that you realize just how small the AP2’s are.

The Titleist AP2 718 irons have a nice forged feel thanks to carbon steel, co-molded construction. 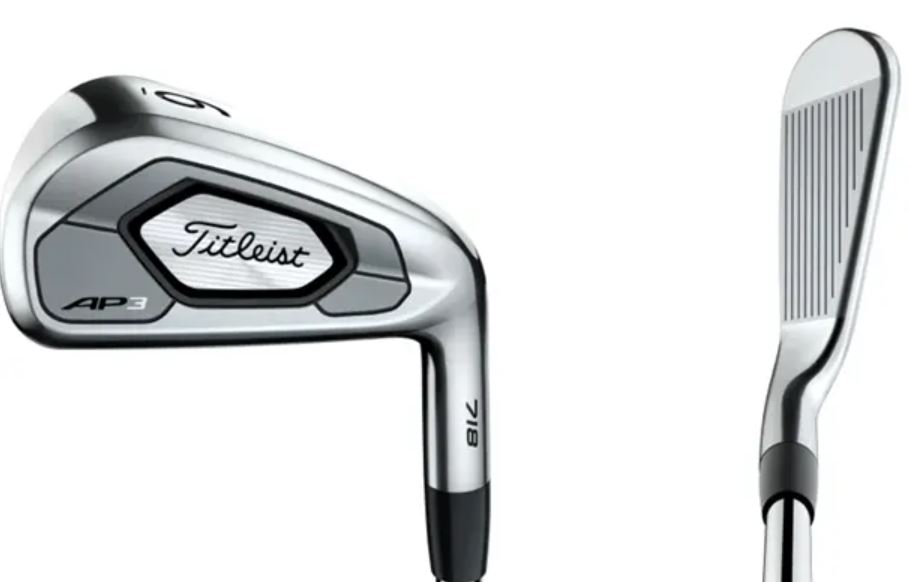 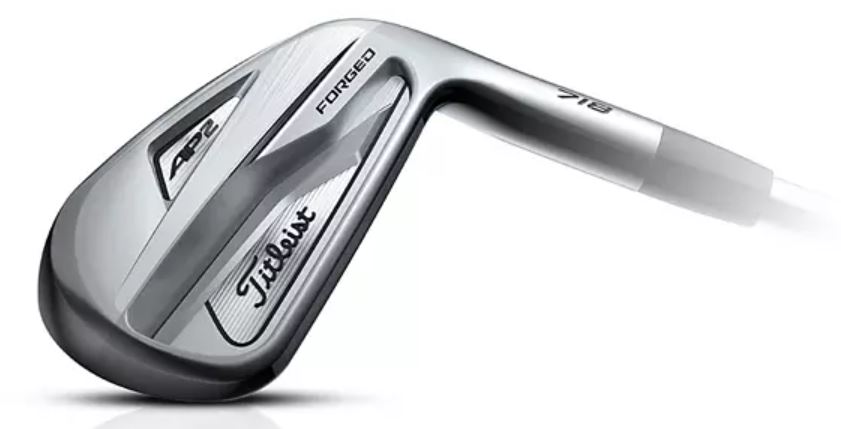 It should be noted that the Titleist AP2 718 irons would be best suited to  experienced players in the 0-5 handicap range.

And it’s not only about the smaller heads. The shorter irons are a bit stunted in feel but that is only because of the beefier sole from the 8 iron on.

This shouldn’t be a problem for players who can make consistent contact with the ball but it could throw off less experienced players.

That being said, the Titleist AP2 718 would also be a great option for anyone looking for a forged iron that plays very surprisingly long and fast.

As we mentioned earlier, the AP2’s are the smallest in the AP family. The AP1’s will be the most comfortable for mid to low handicap players but lack the short game accuracy of its counterparts. 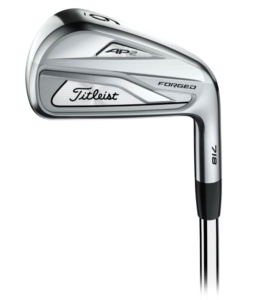 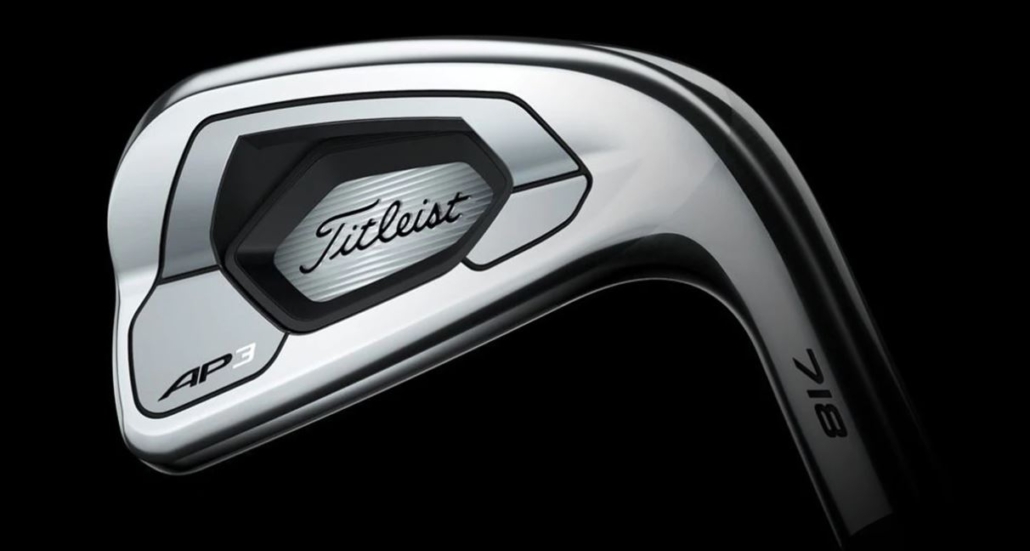 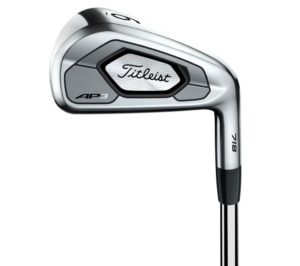