You may look at the Taylormade P7MC and the P7MB irons and think they are essentially the same iron but with a different back. In some respects you would be right, too.

However, there is a reason why a manufacturer as renowned as Taylormade decided to tweak the Taylormade P7MC design ever so slightly in the P7MB irons.

In the following comparison, we scrutinize the minute details of both of these iron sets to give you a clearer view of what they both bring to the table.

The Taylormade P7MC irons give you the look and feel of premium forged irons but do a little bit more for all of us mortal golfers.

However, one of the obvious differences between these two irons is also what serves to set them apart.

The Taylormade P7MC irons feature a hybrid cavity/muscle back design. So while they look like a player’s iron at address, they provide players with the added forgiveness and MOI of a cavity back iron.

The Taylormade P7MB irons are for purists looking for amazing feel but don’t necessarily need help with distance.

You’d be hard-pressed to find a better looking muscle back blade than the P7MB.

The P7MB irons were designed to give players the best of both worlds: great distance in the long irons and acute control in the short irons.

While there the P7MB irons leave us wanting for a bit more inthe distance department they certainly deliver on accuracy and feel.

It should be noted here and now that Taylormade P7MC irons yield more distance but less short-game control than the P7MB’s.

However, both have one important thing in common: excellent feel from compact grain forging. 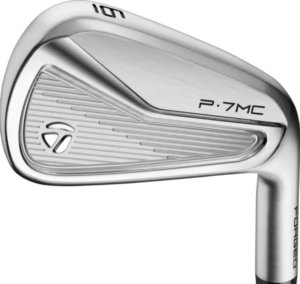 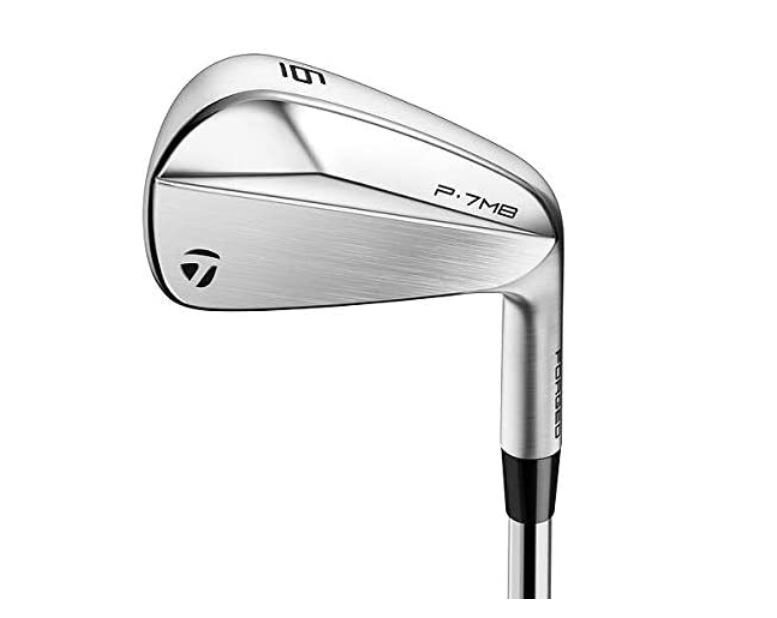 What struck us immediately was the soft, acute feel that you get from these irons – even on full swings.

The forging process that Taylormade used to construct the P7MC (and P7MB) irons is meticulous and it shows from your very first strike.

You get incredible consistency across the face and solid feedback on chips and full swings.

We also really liked the hybrid muscle/cavity back design. It looks clean at address and provides a bit more distance than you would expect from a player’s iron.

The Taylormade P7MC irons are a great entry point to forged irons if you have just broken into low handicap territory. They will make the transition to player’s irons less jarring for you.

Anyone who takes a swing with these irons will fall in love with the looks right away. It’s hard to name a manufacturer that makes a cleaner looking muscle back iron than Taylormade right now.

Aside from the looks, we were taken aback at the tight shot dispersion displayed in this set. Again, a lot of that has to do with the unrivaled consistency you get from forged irons.

Still, you can’t help but notice the almost immediate drop in distance from the Taylormade P7MC irons. The P7MB irons are also less forgiving overall.

The P7MB irons have the looks that low handicap players will love and the acute approach control should help better players nail more eagles.

Who are the Taylormade P7MC Irons for? 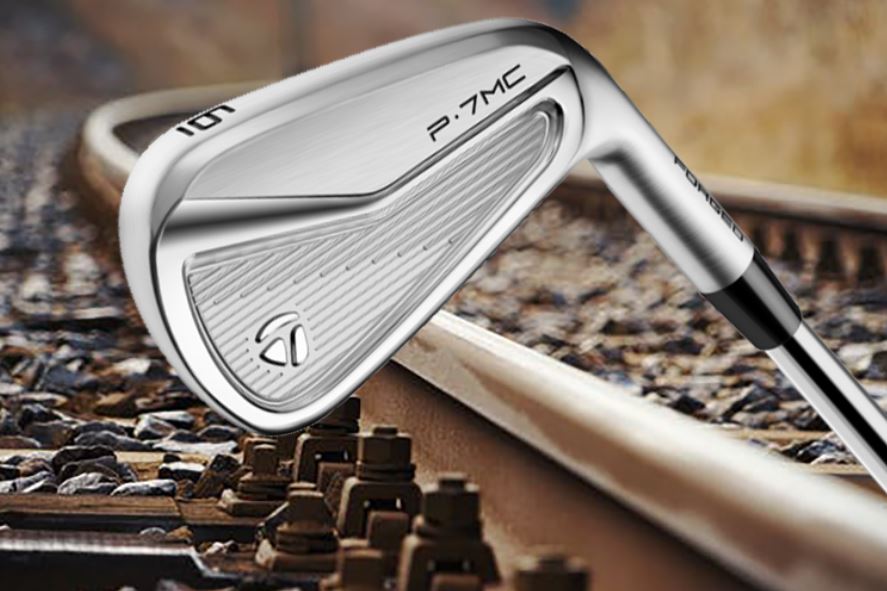 The Taylormade P7MC irons are definitely for players who want the feel of a meticulously forged iron but who may not be in the 0-5 range just quite yet.

It will basically come down to an honest assessment of your game because quite frankly, the difference in short-game accuracy between these two iron sets is negligible.

They both feature compact grain forged construction and machined faces which give them excellent spin control.

But if you need a bit of assistance in the distance department then the Taylormade P7MC would work better for you.

The altered cavity back design also increases MOI for a touch more forgiveness than the Taylormade P7MC.

The perimeter weighting of the Taylormade P7MC irons also makes them a bit more congenial for players in the 5-10 region than the P7MB’s.

Make no mistake about it though, the thin topline and minimal offset do no favors for beginners.

The P line of irons from Taylormade is expansive and has something for virtually every type of player.

However, along with the P7TW irons, the Taylormade P7MC and the P7MB’s won’t do much for you if you don’t already have a fast swing speed. 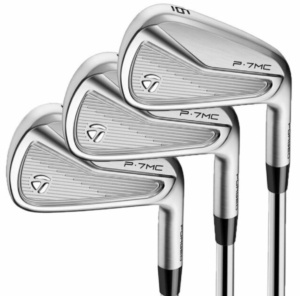 Who are the Taylormade P7MB Irons for? 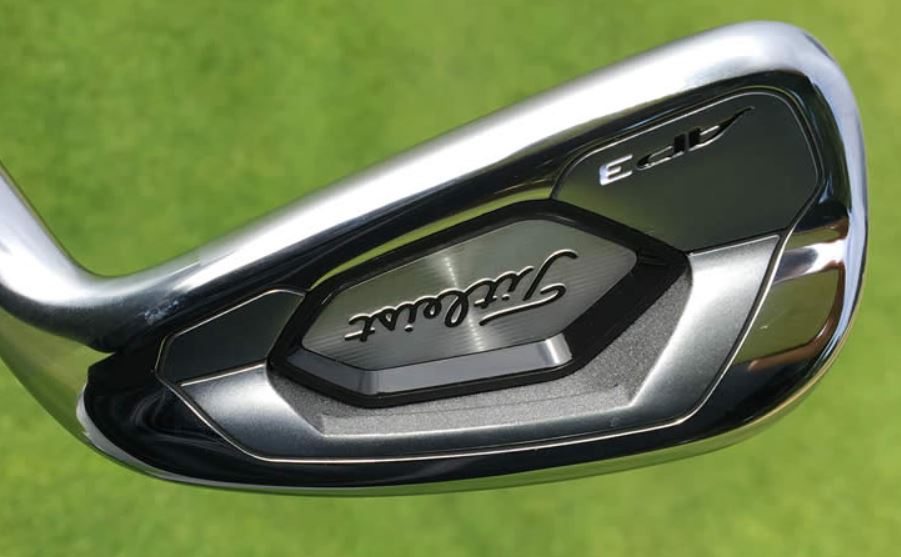 The P7MB irons are for purists who are after the unmistakable looks of a muscle back iron and the acute short-game control.

That being said, don’t expect the P7MB irons to help out much if your swing speed is still under 90MPH or if you have trouble making consistent contact with the ball.

While both of these irons have relatively compact heads, the P7MB’s will do even less for you in terms of forgiveness and distance.

They even lack the perimeter weighting of the Taylormade P7MC’s.

However, what the P7MB’s lack in distance and forgiveness they more than make up for in performance. They provide, in our opinion, the most accuracy of the entire P line of irons. 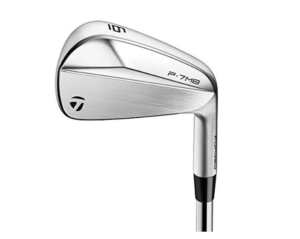