There is one very important commonality between the Taylormade M4 and Taylormade M2 hybrids: forgiveness.

Both of these hybrid sets were designed chiefly so that average (mid to high handicap) players could get down the fairway with accuracy.

We should know; we tested the Taylormade M4 and Taylormade M2 hybrids side-by-side. We can tell you that there really isn’t much separating these two hybrid sets.

We can also tell you that what does differentiate them from one another could be a deal-breaker depending on what you’re looking for in a hybrid. We’ll start with the Taylormade M4 which features Taylormade’s famed ICT.

ICT stands for inverted cone technology and it refers to the geometry of the face which shifts the sweet spot in a symmetrical pattern out towards the toe where many beginners miss their shots.

The Taylormade M2 lacks this feature but still addresses draw bias with internal weighting. From our testing, we can conclude that if you have trouble squaring up to the ball at impact, the weighting of the Taylormade M2 would do more to help.

The one thing we can say about the Taylormade M2 though is that it plays better in the rough. The two-tiered design of the sole allows for a smoother glide through tall turf but still won’t help much on other tough lies. 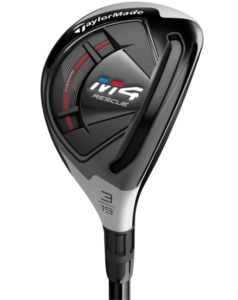 One thing that both of these hybrid sets have in common is Geocoustic technology which is essentially a sunken sole design that improves sound at impact.

While to us, this seemed like a superfluous feature, we sure it is important for some players.

The Taylormade M4 and M2 hybrids also had an equally disappointing feel. Where the Taylormade M4 hybrids really shine though is forgiveness. The combination of split weighting and ICT made them much more forgiving than the M2’s.

While the draw bias of the M2’s helps with slices, the larger sweet spot where misses are typical make the Taylormade M4 hybrids more forgiving in more situations. 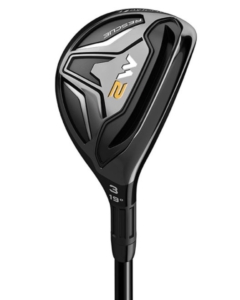 One thing we can say about both of these hybrids after testing them side-by-side is that they are certainly game-improvement clubs.

The Taylormade M2 hybrids also feature the Speed Pocket that, above all else, increases ball speed and distance.

We mentioned earlier that distance between the Taylormade M4 and Taylormade M2 hybrids was almost identical. To be more specific, the 3H’s of both sets were yielding average distances of about 195 yards.

There is a lot that makes these two hybrid sets similar; but the main thing that separates them is forgiveness. The Taylormade M4 hybrids were clearly the more forgiving clubs. 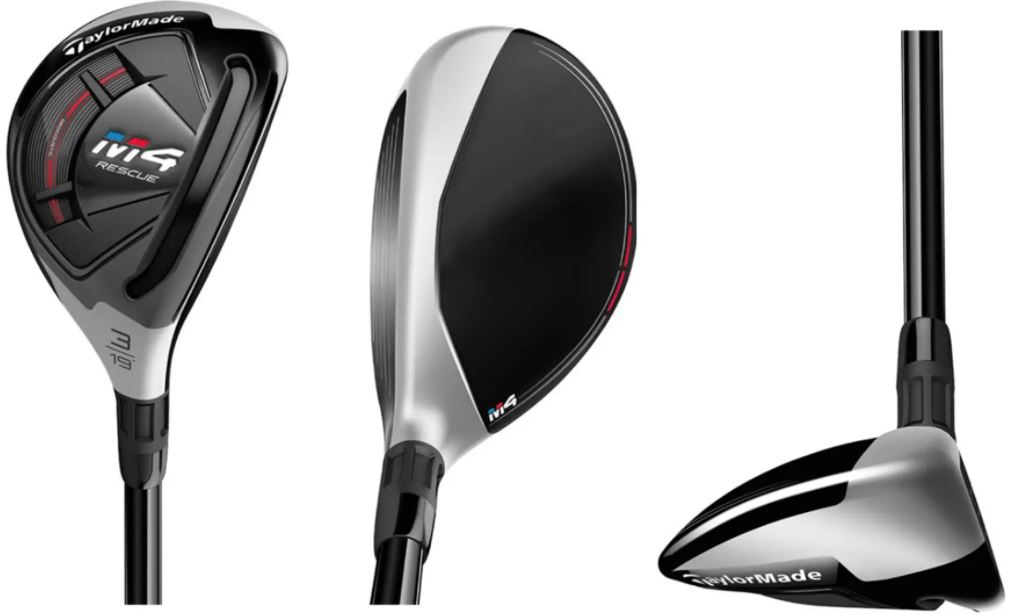 The Taylormade M4 hybrid has a satisfying sound and will help high handicappers advance down the fairway with ease. 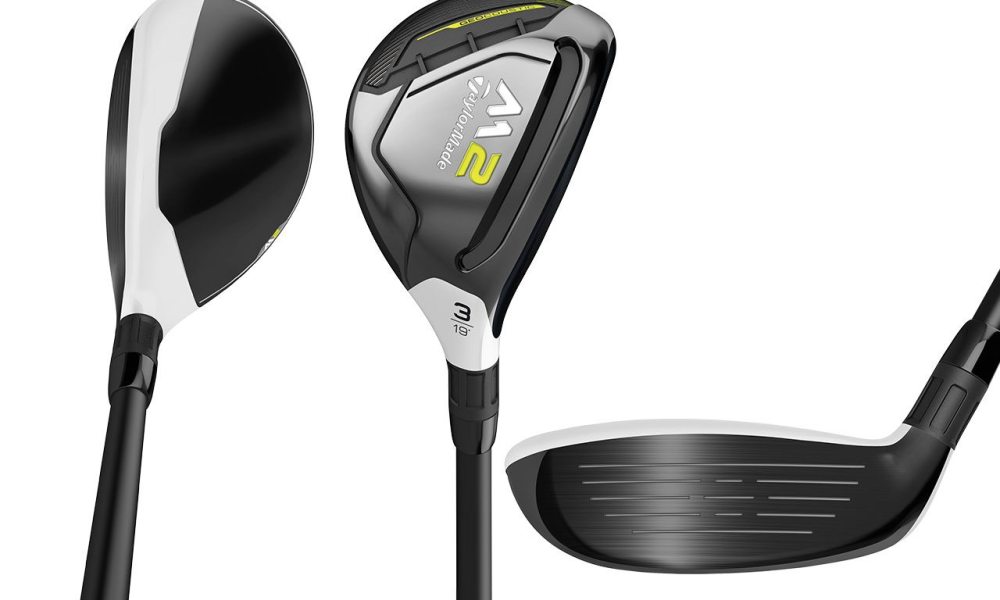 The Taylormade M2 hybrids work well as rescue clubs and will do a good job of replacing your longer irons. 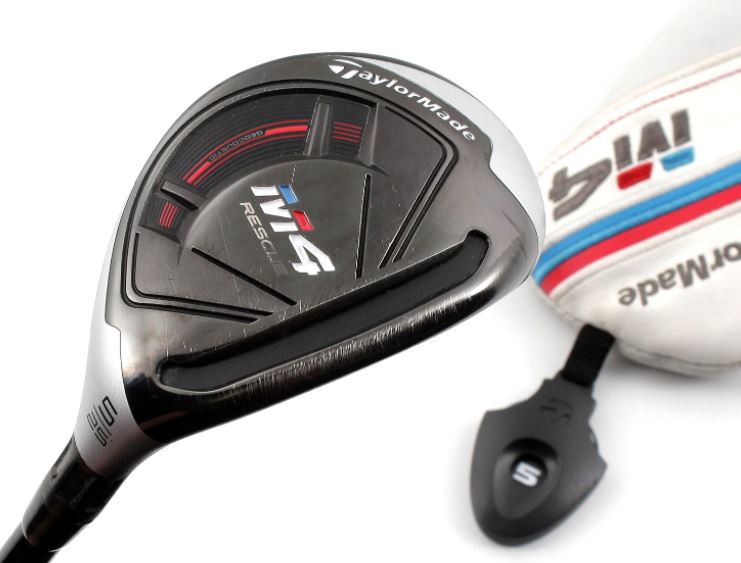 We liked the simple design and look of the Taylormade M4 hybrids when we first opened them up.

We were pleased when we found out that playing them was as easy as it looked like it was going to be. All-in-all, the Taylormade M4’s may lack workability and a lot of the fancy features of more expensive hybrids; but they are certainly comfortable to swing and user-friendly.

You aren’t confined to the M4 and M3 if you want to stick with Taylormade. The Taylormade M1 hybrids are some of the most versatile that the company makes.

The M1’s feature a rear, 27 gram sliding weight that you can position to the draw, neutral or fade positions. With an adjustable loft sleeve in tow, the Taylormade M1 is much more versatile than the M4 and M2 hybrids. 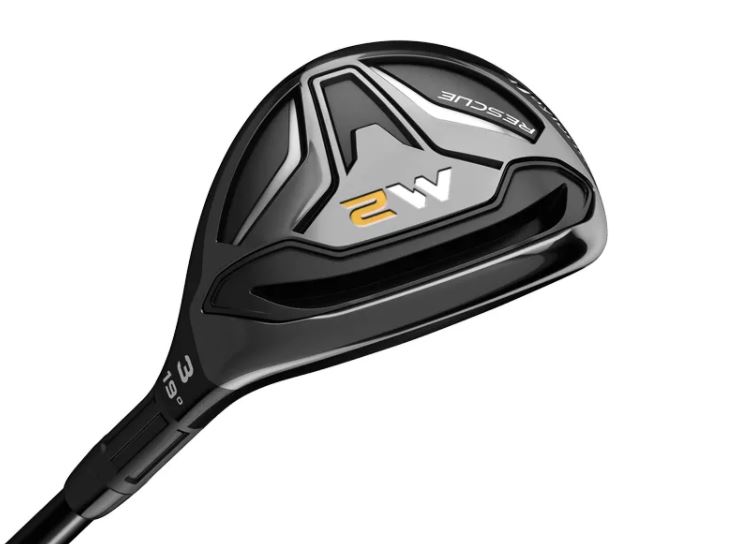 The Taylormade M2 had an interesting shape that was reminiscent of a fairway wood.

And for most of our testers, that was a welcome sight. The Taylormade M2 has a generous sweet spot and a nice sound.

It was also very easy to pick up and play even for our less experienced testers. Beginners and high handicappers will be happy to know that distance is certainly an emphasis with these hybrids.

Who is the Taylormade M4 Hybrid for?

The Taylormade M4 hybrid would be great for anyone looking for a combination of distance and forgiveness.

This is as classic a game-improvement hybrid as you’re likely to find. Distance and forgiveness are the main focuses here but another thing we really liked about these hybrids is that they are easy for pretty much anyone to pick up and play.

They have a familiar and confidence-inspiring feel and weight to them. Again, they are lacking in terms of workability and precision – we have even played longer hybrids. But will they benefit high handicappers and help them get to the green quicker? Absolutely. You can pick up the Taylormade M4 in 3H-5H.

Who is the Taylormade M2 Hybrid for? 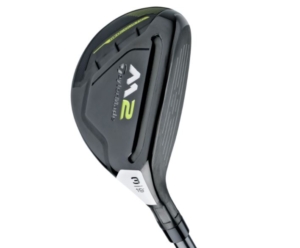 You will feel right at home with these hybrids if distance is what you’re after.

The best compliment we can give these clubs is that they will help you get down the fairway in a hurry. These are great game-improvement hybrids that have a feel that must be played to be believed.

They don’t do much in terms of short-game spin but chances are that if you’re looking at the Titleist TSi2 hybrids, you aren’t looking to score with your hybrids.