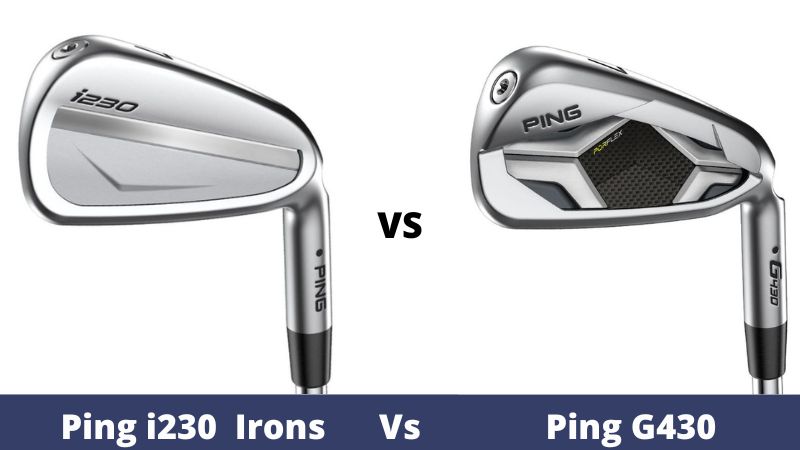 These new release irons for the 2023 golfing season are both brought to the market by Ping but they are like chalk and cheese when it comes to the golfers that are suited to gaming them.

The i230’s are the upgrade on the i210’s from 2018. They won 45 times on the PGA Tour and now finally pass the reigns over to the i230’s which will cater for golf best players going forward.

The G430’s upgrade on the ultra impressive G425’s and have again pushed the boundaries of technology to offer even more performance to high handicappers and players who don’t strike their irons as consistently as the pros.

Ping have made some bold claims about the G430’s and how they improve on the performance of the G425’s which came before them.

Ping has indicated that the irons are 7 – 10 yards longer than the G425’s and they are straighter as well. Pretty bold claims.

They have done this, unsurprisingly, by strengthening the lofts of the clubs to produce more distance.

However, they have also added more bounce which gives a better turf interaction, more loft and a sharper descent angle.

This gives a similar ball flight to a higher lofted club with the same stopping power, validating their claims.

We have found them to be longer but 7 – 10 yards will depend on your swing speed.

The purflex cavity badge gives the G430’s their impressive sound and feel when you catch it on the sweet spot.

They have also added some color to the clubs and are a key differentiator compared to the G425’s.

It dampens unwanted vibrations and give the club a smoother feeling.

Ping has managed to reduce the thickness of the club face by 3% leading to an improved energy transfer from the club to the ball.

This helps to increase the distances across the set.

The visible screw in the face is becoming synonymous with Ping irons and it’s matched by another weight in the hosel which stretches the sweet spot along the face and adds forgiveness.

The clubs have a noticeably shorter hosel and slightly more offset than the G425’s.

This will help anybody who suffers from a slice in their iron play.

Ping had the unenviable task of upgrading the i210’s which achieved 45 tour wins over the past 4 years. They’ve consulted with their top pros on how to achieve such improvement.

The 4 piece cavity badge and elastomer have improved the sound and feel and also freed up weight which is redistributed to lower the COG, increase the MOI and add 3 – 5 yards to the distance of the clubs as well.

The longer irons have now become more compact in the i230’s offering more control and workability to the players who will play them.

The more compact long irons make these clubs even more suitable for top players and consistent strikers and even less suitable for higher handicap players.

There should be 11 yards difference in the distance between each i230 iron for a player with a tour level swing speed, removing any grey distances from the i210 set.

The tungsten screw now appears in the head of the i230’s, unlike the i210s and helps to stretch the sweet spot a little further across the compact blades.

The Micromax grooves come in from the i59s and allow for better control and workability for the irons by making a better connection with the ball at impact. 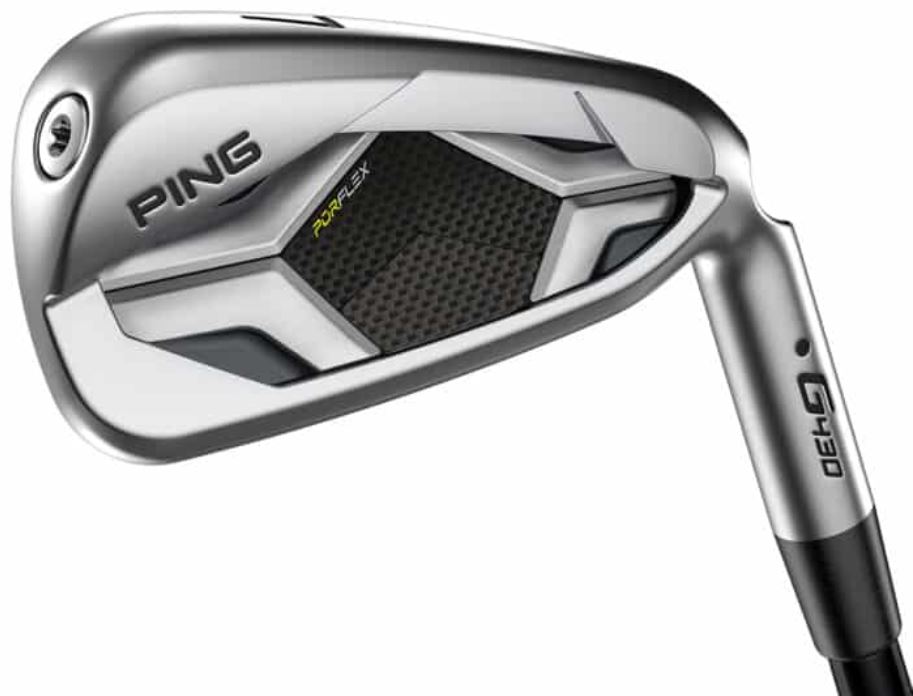 The G430s are large game improvement irons, perfect for anybody starting out in the game.

Also perfect for improvers who still struggle to hit their irons consistently well. 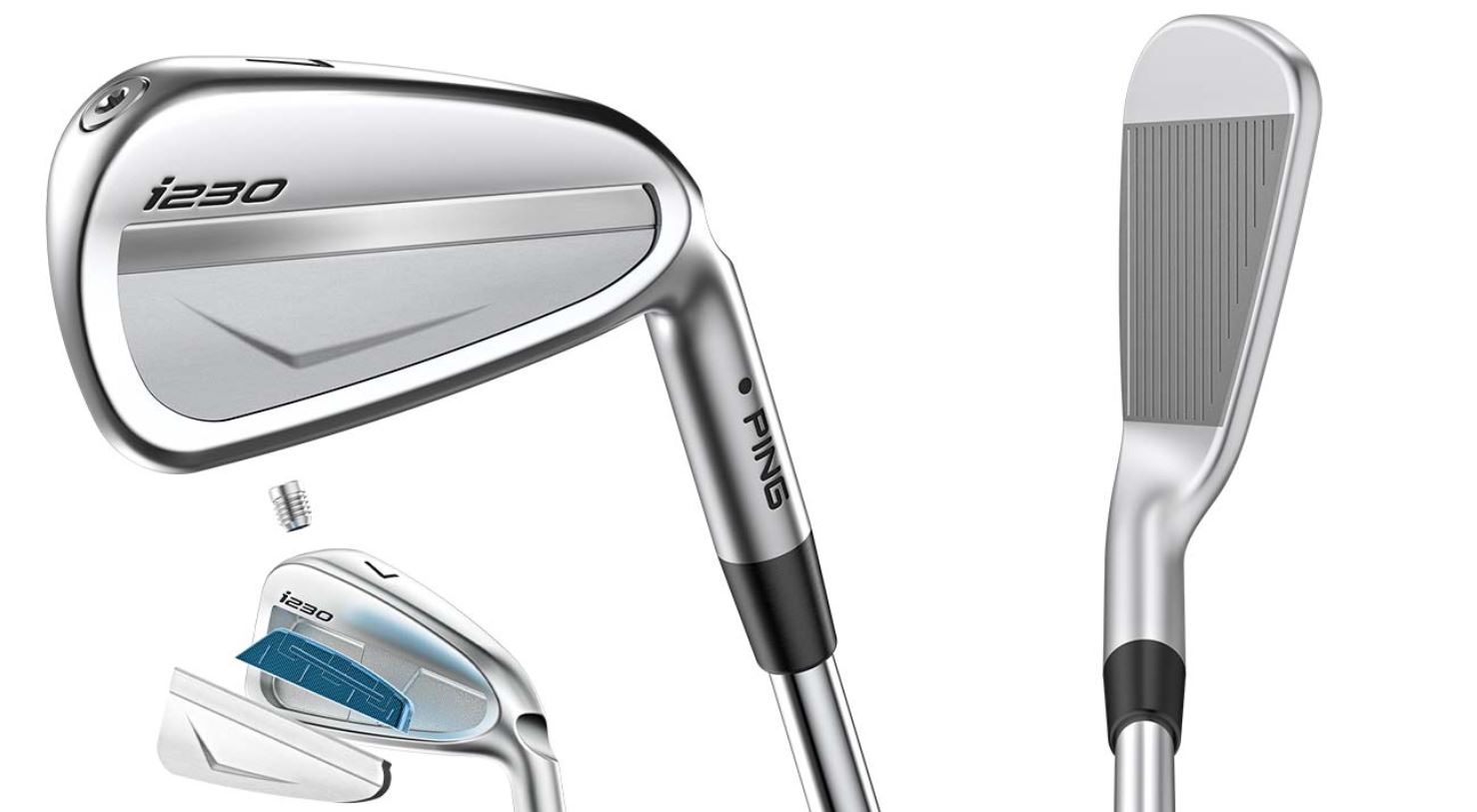 The i230’s are reserved for the best players in the game, carrying on the tradition of the i210’s which came before them and found their way into the bags of countless players, racking up an impressive 45 tour victories between 2018 and 2022.

Anybody who doesn’t strike their irons meticulously well, will struggle to hit these irons consistently. 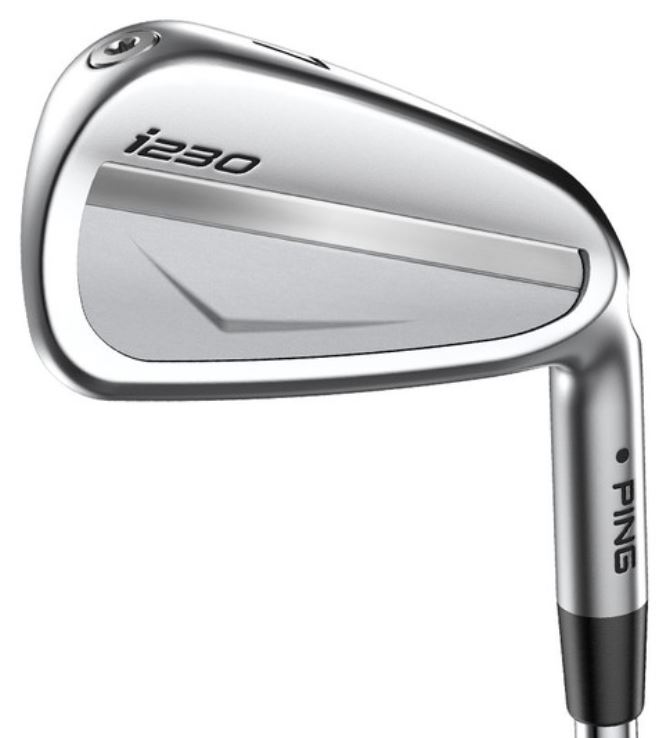 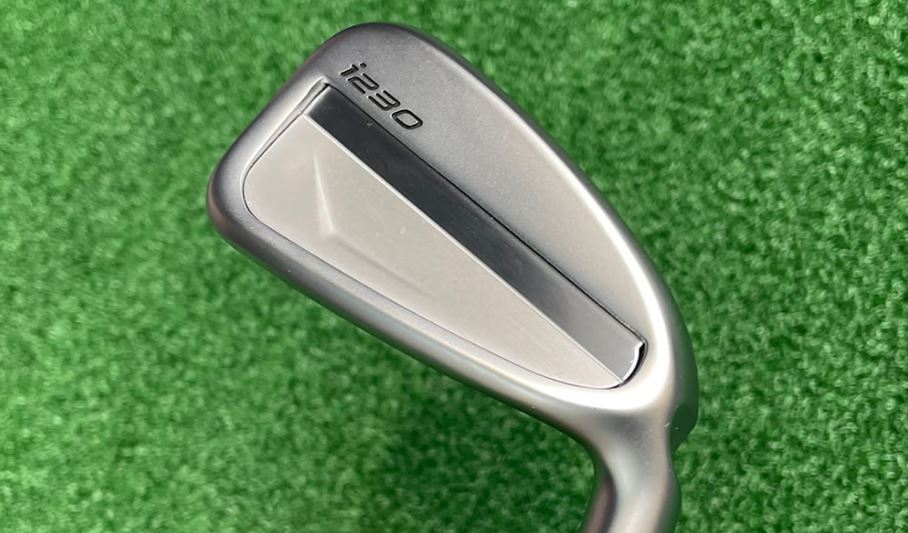 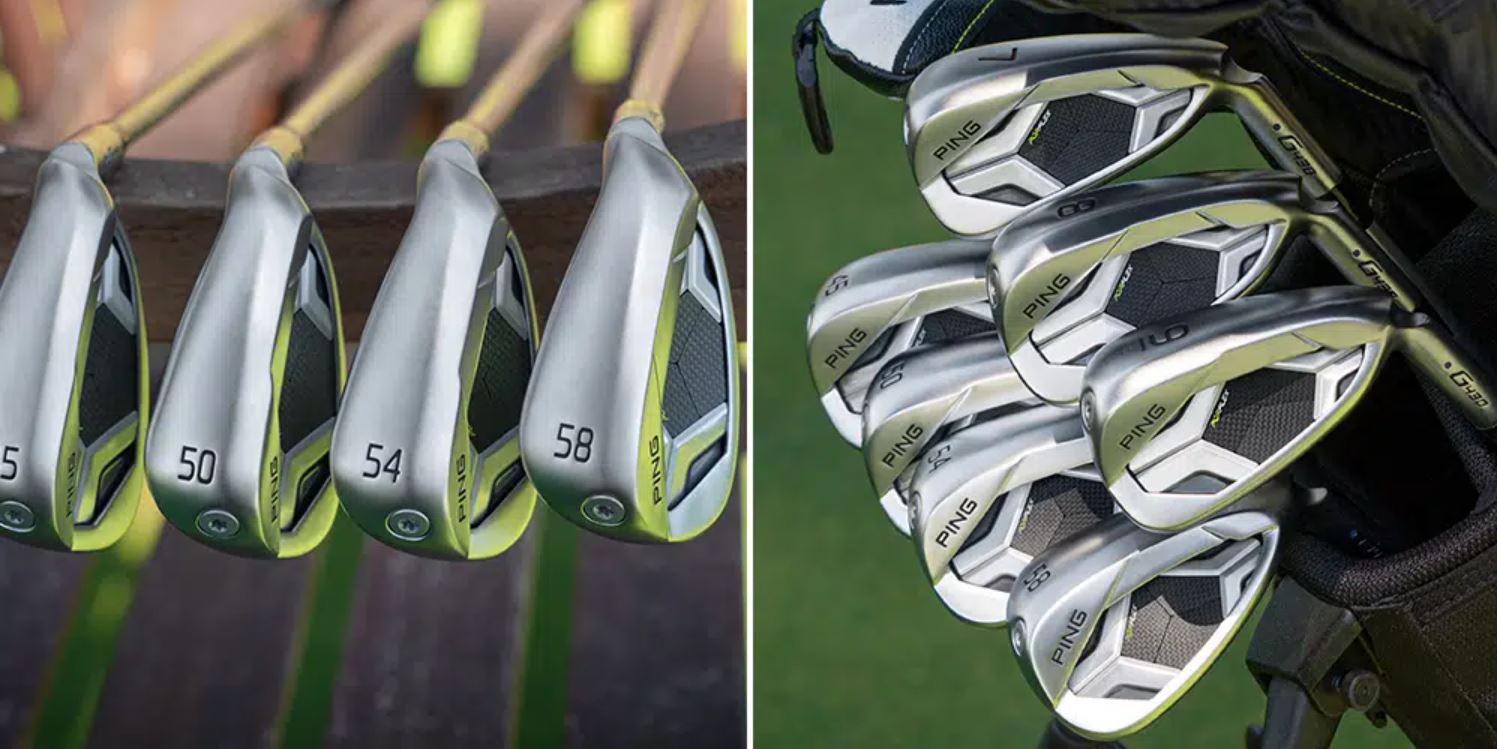 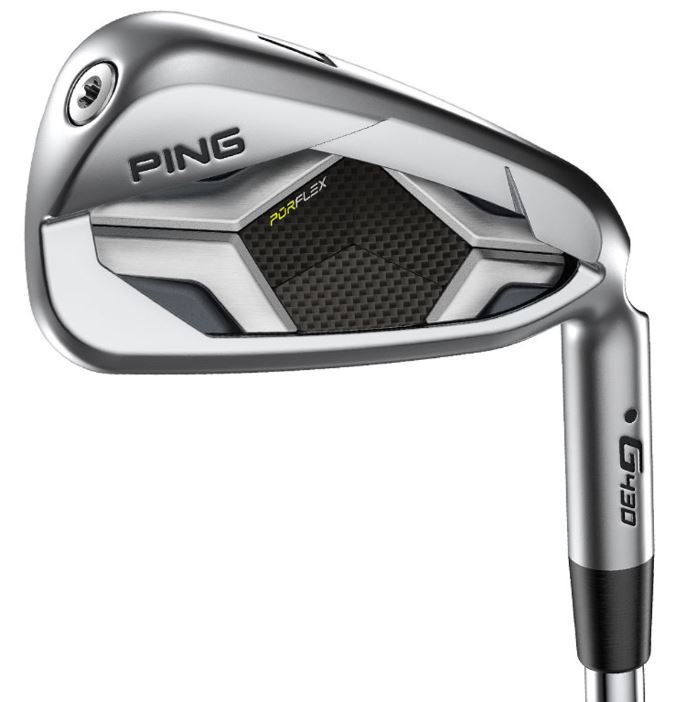 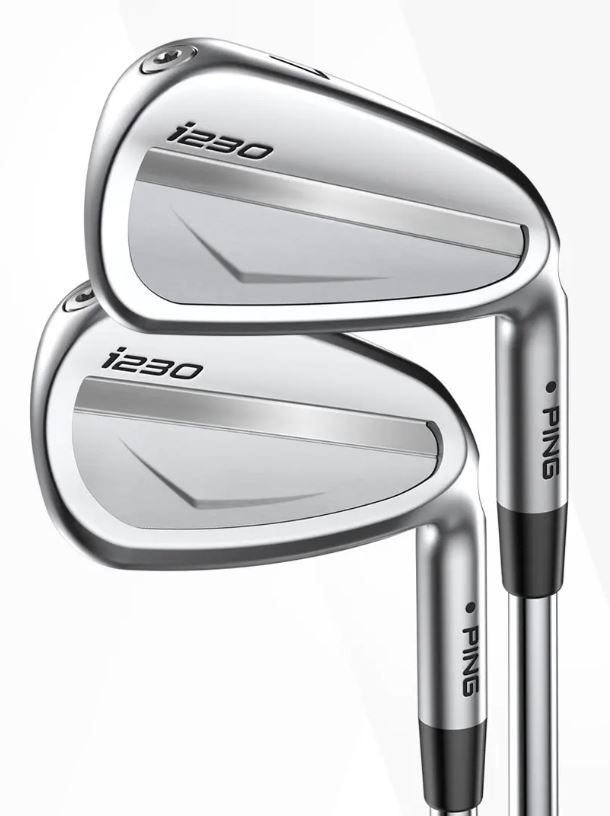