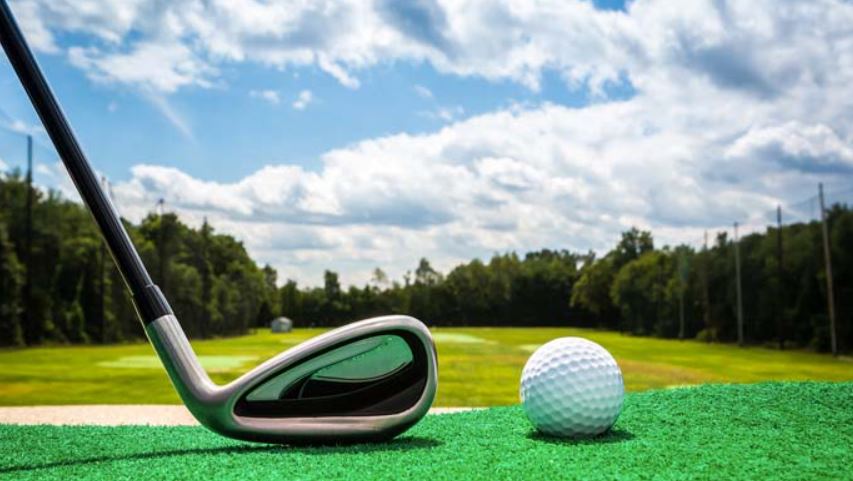 Is The Driving Range Bad For Your Clubs, Your Game & How Bad Are Range Balls

If there is one element of the game that every golfer despises, it is practice. Over the years, I have heard every excuse in the book for amateurs to bunk training. In this article, I am responding to is the driving range bad for your clubs and your game.

I will also touch on the matter of how terrible golf range balls are. By the end of the article, you will possess facts. Enabling you to bust any myths your playing partners throw your way.

Is The Driving Range Bad For Your Clubs, Your Game & How Bad Are Range Balls

In the 27-years of playing the game, I can honestly say that I have broken more clubs on dry, solid fairways than I have at the driving range.

Sure, one could argue that using my clubs at the range weakened them, but I am not convinced. Other than the green marks that engulf the sole of your club after every strike, you shouldn’t face too many challenges.

The thin surface of Astro mats leaves you more susceptible to catching your ball in the teeth, rather than digging it into the surface and it snapping.

Furthermore, the scuffs and impairments on range balls reduce their spin, speed, and aerodynamics. As a result, they don’t give you a true reflection of your distance and accuracy compared to a newer ball.

Reasons The Range Is Bad For Your Clubs

Although it doesn’t impact the playability of your clubs, your soles tend to scratch easily, leaving permanent marks on them. It is never easy to accept your prized clubs being defaced, but it is a reality at the range.

According to Michael Johnson and Mike Stachura, hitting off of a solid surface can lead to you damaging your lie angle. Players with steep angles of attack are susceptible to hitting fat shots, and over time this can change the lie angle of your clubface.

How Much Damage Will A Range Mat Have On Your Clubs Over Time?

Here is something to consider. I have played golf for 27-years and have only broken four clubs in my life. Three out of anger, and the other one from natural causes. Since I have hit hundreds of thousands of shots on the range, it is safe to say that the damage is minimal.

The one club that broke due to natural causes was onset by striking hardened earthworm casts. With that said, the range mats definitely scuff the sole of your clubs and impede the aesthetics over time.

How Bad Are The Range Balls For Your Clubs 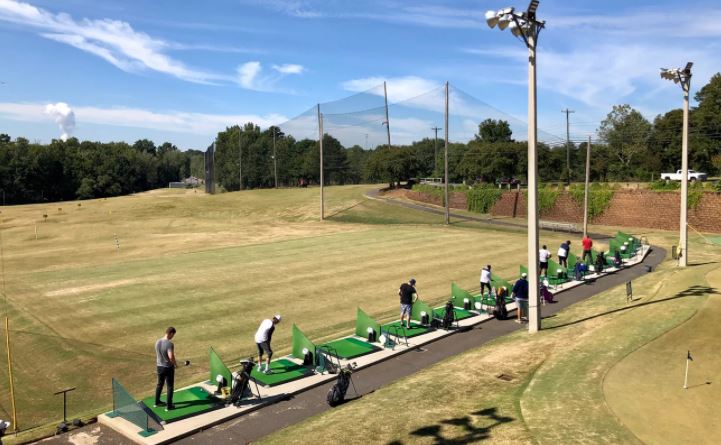 Range balls are worse for your game than they are for your clubs. Let me explain. According to Golf Magazine’s Michael Chwasky, The older the balls get, the more scuffed, they become leading to less aerodynamics, speed, and spin.

Therefore, you struggle to optimize your launch, carry distance, and total yardage.

Therefore, range balls are not bad for clubs. They just don’t provide an accurate representation of your performance with each specific club.

Can The Range Negatively Effect Your Performance?

Yes, the range can negatively affect your performance, but don’t think that gives you an excuse to skip training. The impact on your performance boils down to the type of shot you play and the interpretation of the results, which I will explain below.

Range balls are usually well past their sell-by date, and as a result, produce less ball speed than you would enjoy with a new ball. The reduced ball speed leads to a less powerful launch and a loss of carry distance.

As long as you are cognisant that the data on the range is not comparable to the golf course, you will thrive. The challenge that some players endure is they analyze the data from the driving range to make informed decisions about their club selection on the course.

As is the case with ball speed, the worn-out cover and core of range balls impact the level of spin that your clubface imparts on the ball at impact. As a result, you experience a lower degree of launch than you would do with a well-oiled ball.

In this video by Tour Experience Golf, they explain that thinner range mat surfaces reduce fat shots. The problem is that you don’t work on altering your angle of attack, and on the course, you will dig your club into the turf leading to a fat shot and a loss of distance.

Can You Hit Too Many Golf Balls? 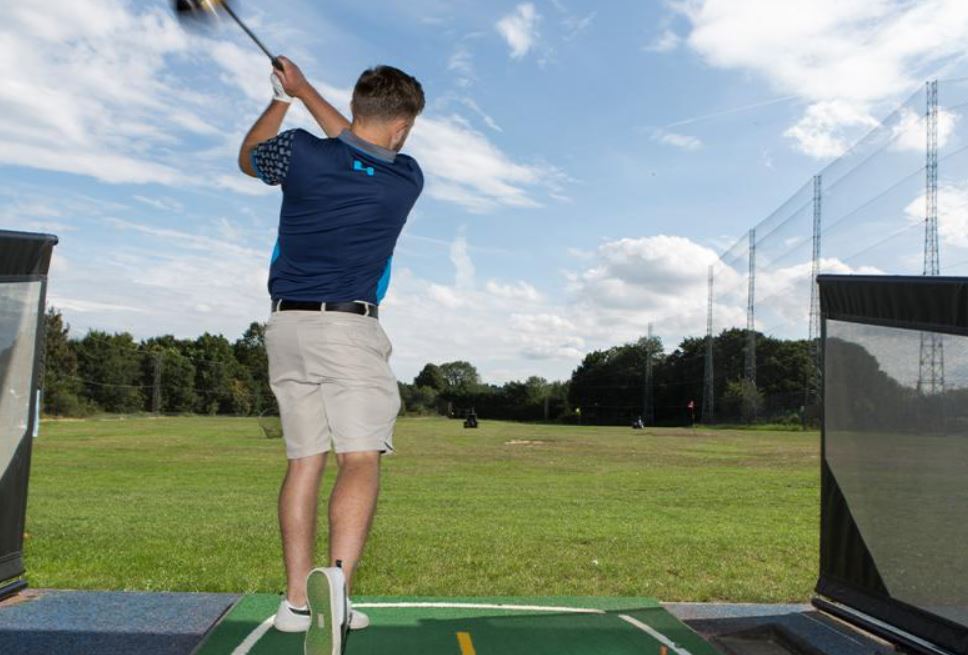 Believe it or not, you can hit too many golf balls. Don’t try to replicate your results with a new ball on the range. It leads to hours of frustration, and you can eventually injure your lower back, arms, and legs.

When you go to the range, work out how many balls are in a bucket and divide them between the clubs you wish to practice with. That way, you even out your practice time with each club to ensure balance in your game.

If possible, I recommend hitting off the grass where possible. That is because it enables you to practice your angle of attack like you would approach a shot on the course.

According to the team at TXG, a thin driving range mat reduces the risk of fat shots. A luxury you won’t have on the golf course.

Can Hitting Off The Mat Affect Your Performance On The Course?

Yes, hitting off of a mat can impact your performance on the course. As I mentioned above, the surface influences the result of the contact between the clubface and the ball.

The thin construction of a range mat causes your sole to bounce and lowers the chance of hitting fat shots.

However, that means that you don’t alter your angle of attack to achieve a cleaner strike. As a result, you leave yourself susceptible to hitting fat shots and losing distance.

How Bad Is The Performance Of Range Balls Vs Regular Balls

Range balls do not perform optimally compared to regular balls. For starters, the range balls are worn down and produce minimal ball speed and aerodynamics.

In tests conducted by Golf Magazine and Foresight sports, they found that range balls produce less ball and launch than a regular ball. Range balls also carried 18-yards less on average compared to the regulars.

Finally, the range ball generated 150 rpm more spin than the premium balls used in the test.

How Much Distance Do You Lose? 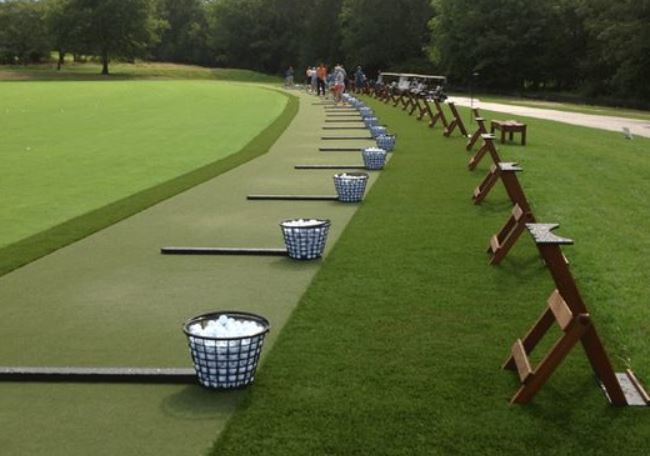 The loss of distance will vary between players.

But, to give you context, Golf Magazine showed that range balls lose an average of 18-yards on average with a driver and 11-yards with a 6-iron.

What’s The Difference In Spin Rates?

During the tests I referred to above, range balls generated increased spin rpm compared to premium balls.

With a driver in hand, range balls generated 158 rpm more spin, while a 6-iron produced an additional 259 rpm.

Can you go to the driving range too much?

If you spoke to Gary Player, he would suggest that “the more that you practice, the luckier you get.” Coming from a man who won nine majors, I recommend taking his advice.

Therefore, I don’t believe that you can go to the driving range too much. However, it is vital to divide your time between your long game, mid-irons, and short game. Finding a balance is essential to improve your overall game.

I also suggest that you take your yardage and spin data with a pinch of salt so as not to demoralize you.

Practicing On The Course Vs On The Range

There is no better way to improve your accuracy and course management than to play a round of golf.

Although a range can help you improve the mechanics of your swing. A course enables you to hone your accuracy, shot management, and overall strategy. By using a premium ball, you will also enjoy more accurate yardage.

Conclusion On Is The Driving Range Bad For Your Clubs, Your Game & How Bad Are Range Balls 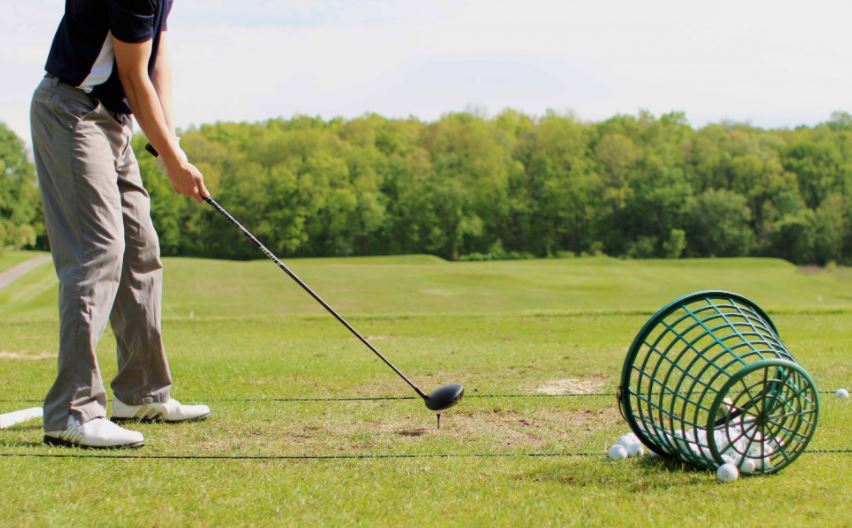 After asking is the driving range bad for your clubs and your game, the verdict is in. While range mats may scratch the sole of your club, and over time could impact your face lie, they won’t damage your sticks.

The problem I have with driving ranges is their worn-down balls. They end up producing higher spin, lower launch and less carry distance. As a result, the data does not provide an accurate representation of your performance.

The final challenge is your angle of attack. On a range mat, you are less likely to hit fat shots. That leads to many amateurs not correcting their setup. When you strike off the turf, you will hit the ground first and prompt a fat shot. That results in a loss of distance.

If you are just starting out in golf and would like more tips to navigate the course, you can find everything you need to know here.

High Launch Vs Low Launch Driver Shaft – Which Should I Use?
Scroll to top