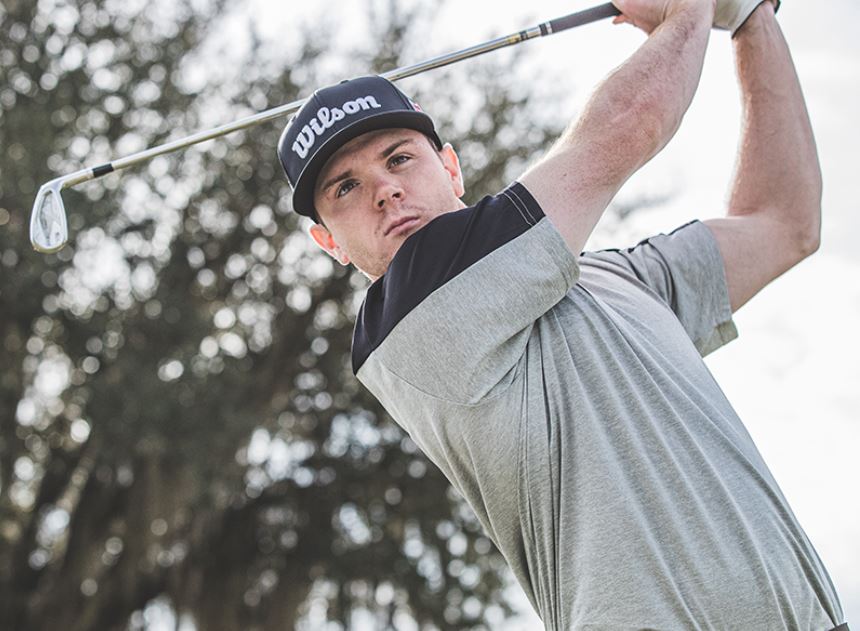 Wilson irons can be seen in the hands of some of the best Tour pros. But are the Wilson Staff CB Irons good for high handicappers? Over the past decade or so, we have seen a lot of prestigious golf club manufacturers start to broaden their repertoire so to speak.

They are catering more and more to average golfers who simply need more forgiveness and distance. Wilson is one of those manufacturers. For this review, we went out and tested the Wilson Staff CB Irons at the range and around the pin to help you decide if they would be beneficial for your game.

The design of the Wilson Staff CB Irons was inspired by hugely popular Wilson tour-caliber irons of yesteryear.

What you end up with is a set of irons that look and feel beautiful. One of the hallmarks of the Wilson Staff CB Irons is the forged 8620 carbon steel faces. This imparts a soft and smooth feel that we frankly got addicted to.

There is a bit more mass behind the face to give it a more solid feel but these are still cavity back irons. And while the face has been forged, you can definitely feel that these irons are a bit more substantial than other game-improvement irons on the market.

The long and mid irons in this set feature twenty grams of tungsten in the toe. This weight covers the area of the face where new players tend to mis-hit. It also helps stabilize the head on mis-hits.

In fact, the Wilson Staff CB Irons flew incredibly straight when we intentionally tried to hit the ball closer to the toe. These irons also feature what is essentially a brace inside the head that connects the crown, heel and toe.

The goal with this brace was to stabilize the head even further and allow for more efficient transfer of swing energy. 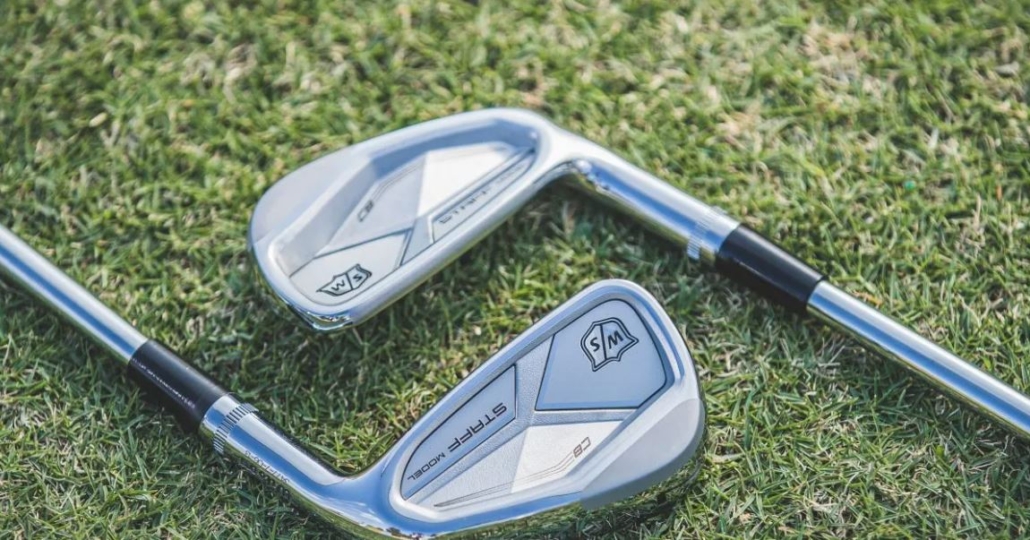 The Wilson Staff CB Irons will go a long way to correct your mis-hit.

We also really liked that even the moderate swing speed players in our testing party were getting good distance out of these irons. But if you have a slow swing speed, you will still have some trouble with these irons.

The faces of these irons are very much supported so you don’t get much help in terms of flex. However, the tungsten toe weights really help cover up your mis-hits. The Wilson Staff CB Irons also have weak lofts so it’s very easy to get the ball up in the air.

Many of the features of the Wilson Staff CB Irons suggest that these are premium player’s performance irons.

And in most regards, that’s a good thing. The Wilson Staff CB Irons feel amazing and their more compact, sleeker profile gives them a premium look. However, you should know that the heads are fairly compact and offset is minimal.

This may be a bit of an issue if your striking position is a bit off or if you have trouble closing the face up at impact. If you have a moderate swing speed though, you will love the feel and distance you get from these irons. 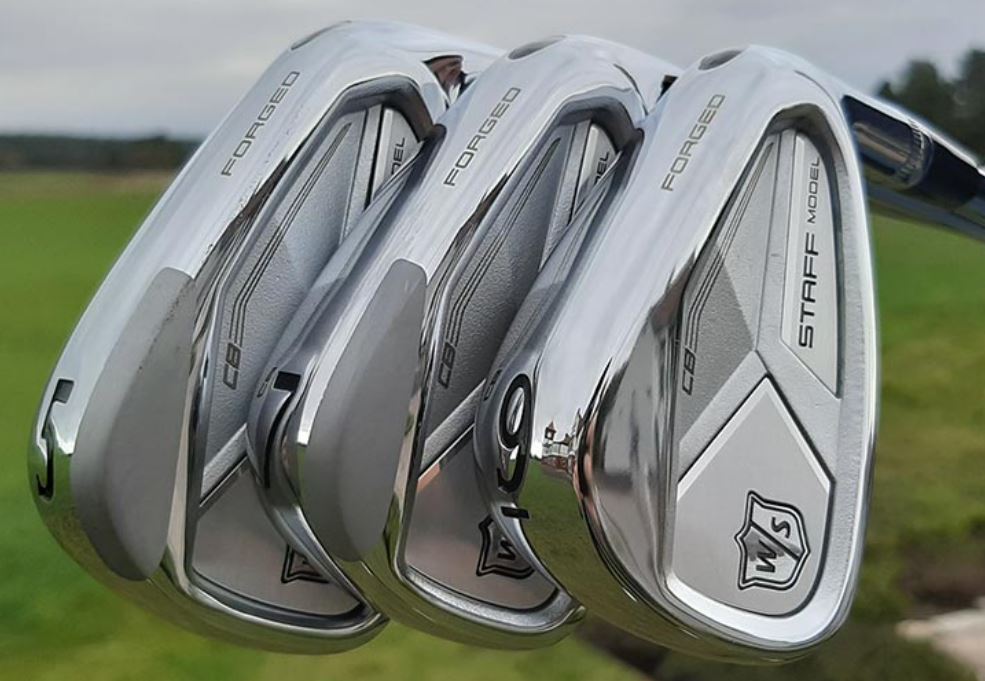 The Wilson D9 irons were designed for distance and you can tell by the features.

With the D9 irons, Wilson moved more weight to the back of the club head and behind the sweet spot. To be quite honest, the D9’s don’t do much other than provide more distance; but the distance gains we were seeing were uncanny.

When combined with graphite shafts, the D9’s will be cannons for high handicappers. You don’t get much lateral forgiveness so if accuracy seems to be your biggest issue, the Wilson Staff CB Irons will still be the better choice. 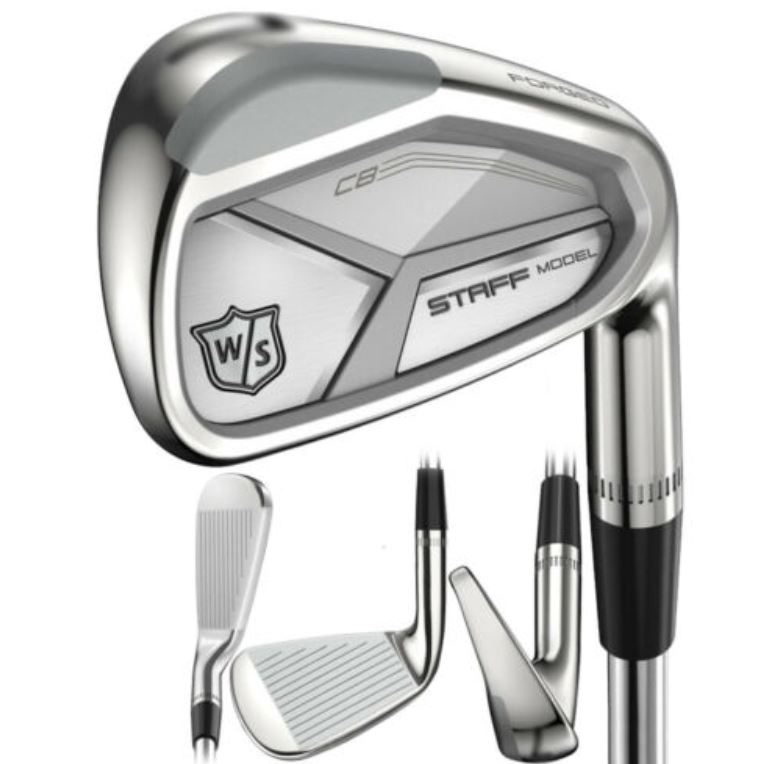 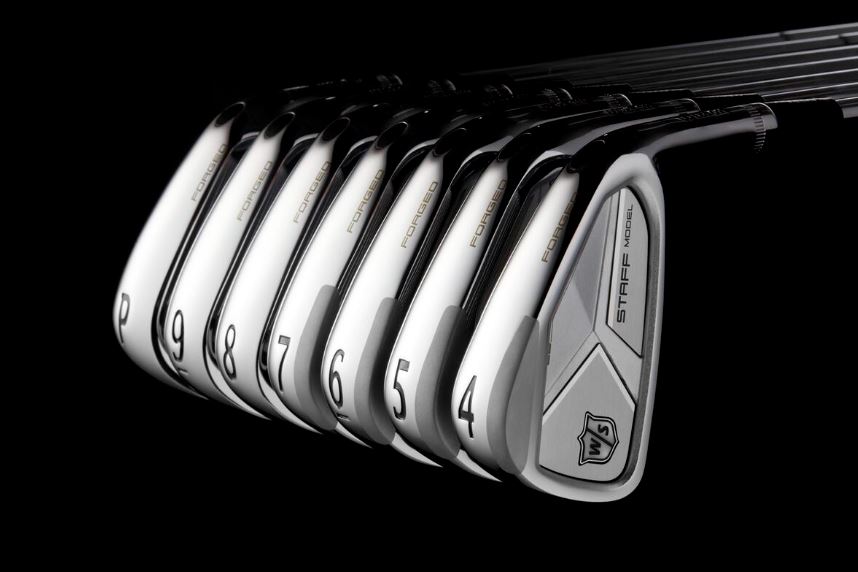 What struck us first about the Wilson Staff CB Irons was the incredible feel.

You just can’t beat forged carbon steel in irons. Even though these are cavity back irons designed for mid to high handicappers, they still offer a feel that punches well above their weight class.

We also noticed very tight shot dispersion so the entire set would be good for anyone looking to replace all of their irons. Still, you will need at least a moderate swing speed if you want max distance from these irons.

Who Are the Wilson Staff CB Irons for? 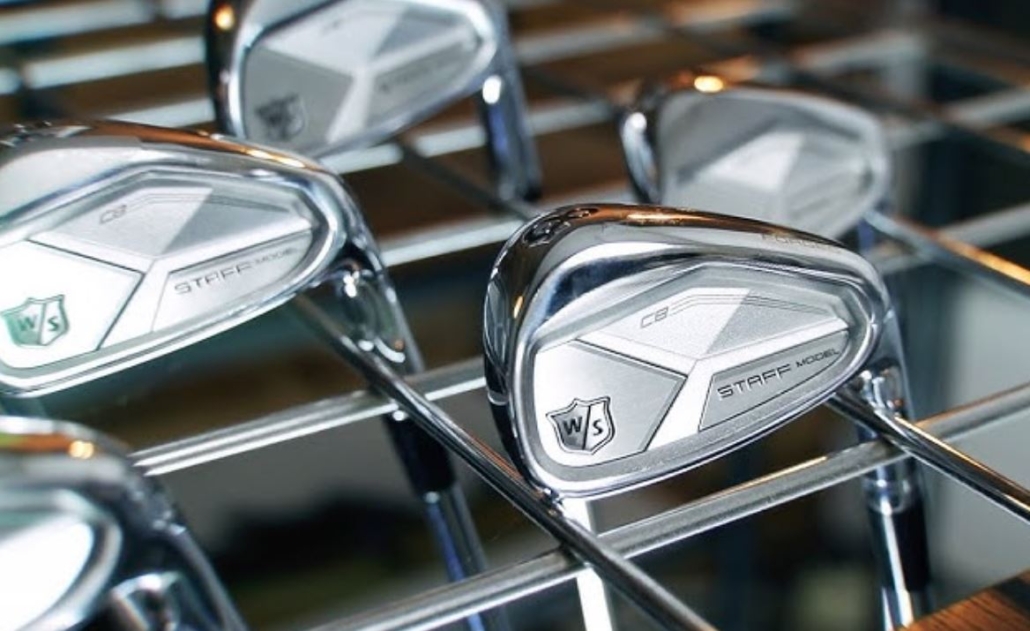 The Wilson Staff CB Irons would be best for mid handicappers. While high handicappers will benefit from the mis-hit correction that the tungsten toe weights offer, mid handicapper with faster swing speeds will be able to unlock the impressive distance of these irons.

If you aren’t sold on the Wilson Staff CB Irons or D9 irons, you may be interested in the Wilson Launch Pad irons.

These babies were made for forgiveness and distance. They feature super-wide soles that help smooth out rough turf interaction and improve apex height.

In fact, most of our testers were getting some of the best apex height they ever achieved with the Launch pad irons. They have a hybrid iron look with very generous sweet spots.

The Wilson Launch Pad irons are definitely for beginners and high handicappers. They have very chunky heads and the CG feels incredibly low.

Be warned that workability is greatly compromised by the sheer size of these irons; but if you are looking for max distance and forgiveness, the Launch Pad irons may be the best choice for you. 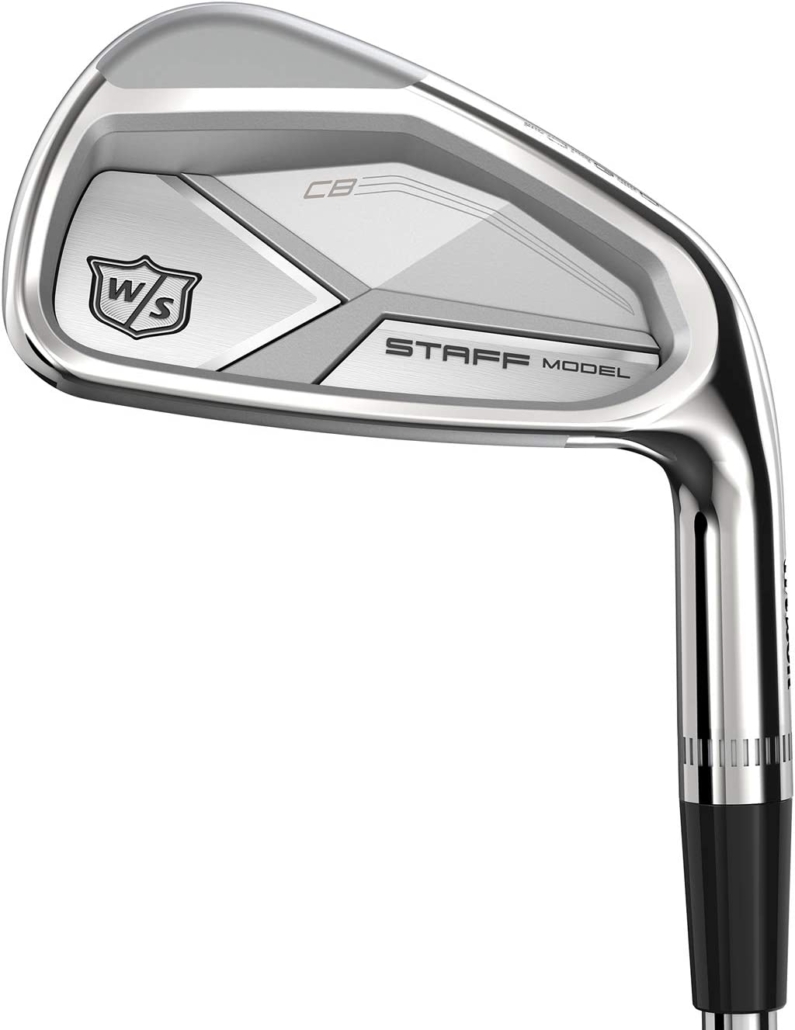 Titleist 716 Ap1 Irons Review – Are They Forgiving & Good for High...
Scroll to top