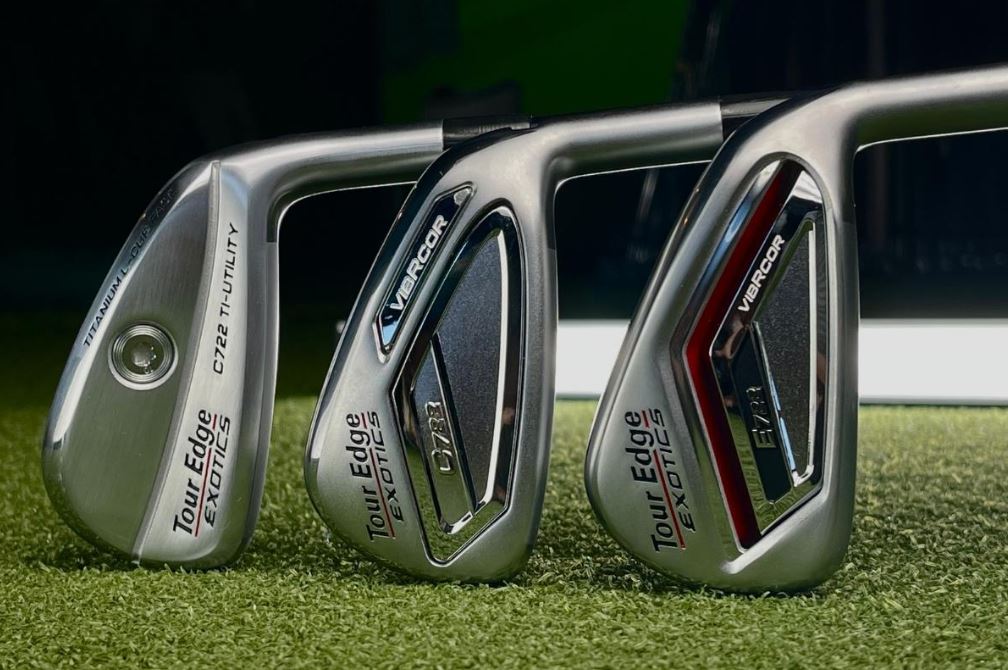 The Tour Edge Exotics certainly live up to their name with premium and innovative features that deliver on multiple levels.

One of the things we noticed right off the bat with these irons is that they feature a sort of “V” shaped back that is becoming more and more popular among irons these days. The “V” shape produces a low center of gravity in the middle but provides more mass as it works its way out to the heel and toe of the club.

The Tour Edge C722 irons also feature what Tour Edge calls Dual Vibrcor technology. All this really is is a TPU gel injected into the hollow body of these irons. It does smooth out vibration and gives these irons a unique feel however.

The Tour Edge C722 irons are extremely impressive and have a more traditional look and styling than many modern game-improvement irons. 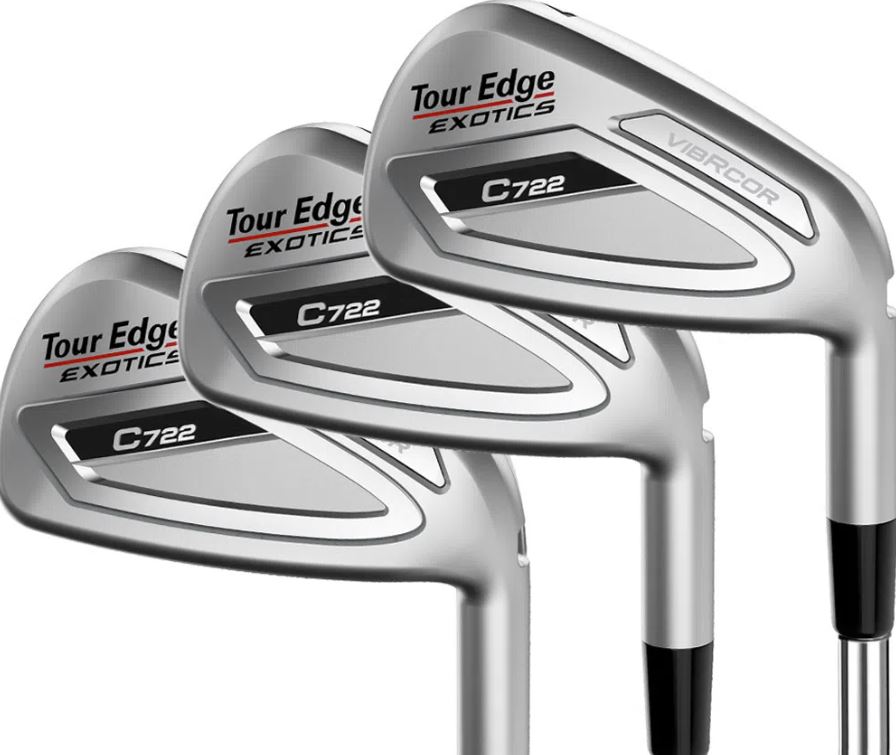 That all being said, the Tour Edge C722 irons aren’t the most forgiving irons on the market.

It’s even kind of hard to call them game-improvement irons. They have thin toplines and not much offset to speak of. However, the hollow body design and the perimeter weighting will certainly add distance to your shots – even when you miss the sweet spot.

We also like that the center of gravity is nice and deep in these irons. A deep CG will help most high handicap and mid handicap players. And the added mass towards the toe and heel will also help with forgiveness.

At the end of the day, there are more forgiving irons out there if you are a high handicapper.

The small head shape, thin top line and reduced offset of these irons will make them inherently difficult for most high handicappers. However, the tester in our party with handicaps in the range of 18-23 really liked the feel of these irons.

They remarked that they are incredibly satisfying and feel really smooth on full swings. They will certainly help a bit with lateral accuracy; but you still have to have a fairly accurate swing to get the most out of these irons. 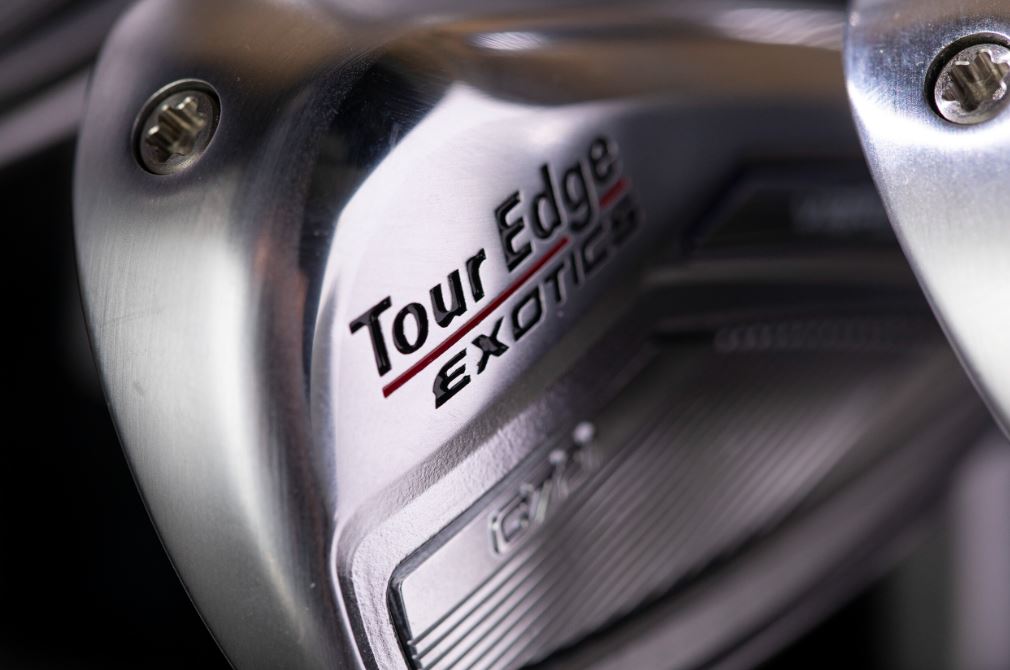 The E722’s have some of the features that the Tour Edge C722 have like teh Vibrcor technology and diamond variable face thickness. However, the E722’s are bigger and have a thicker topline.

They also feature extreme toe weighting to compensate for your fade. We would say that the E722’s are more forgiving and better for players who are struggling with a leftward miss. 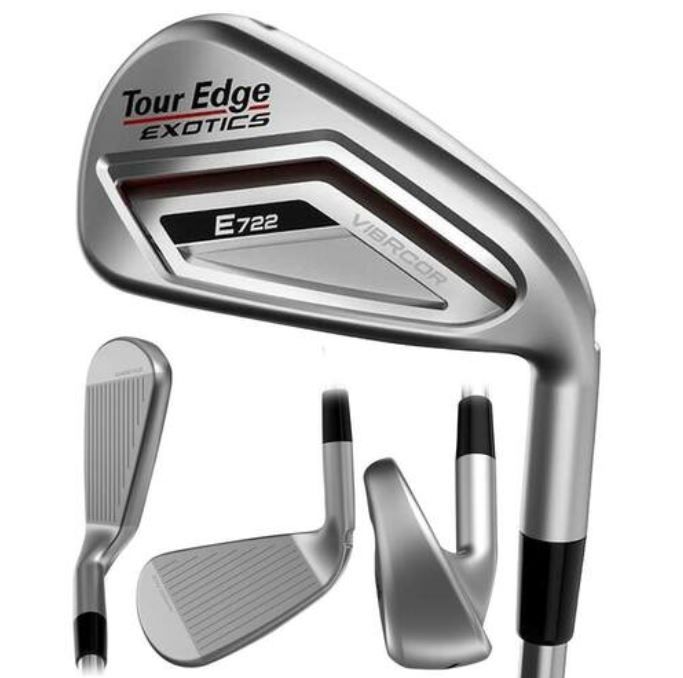 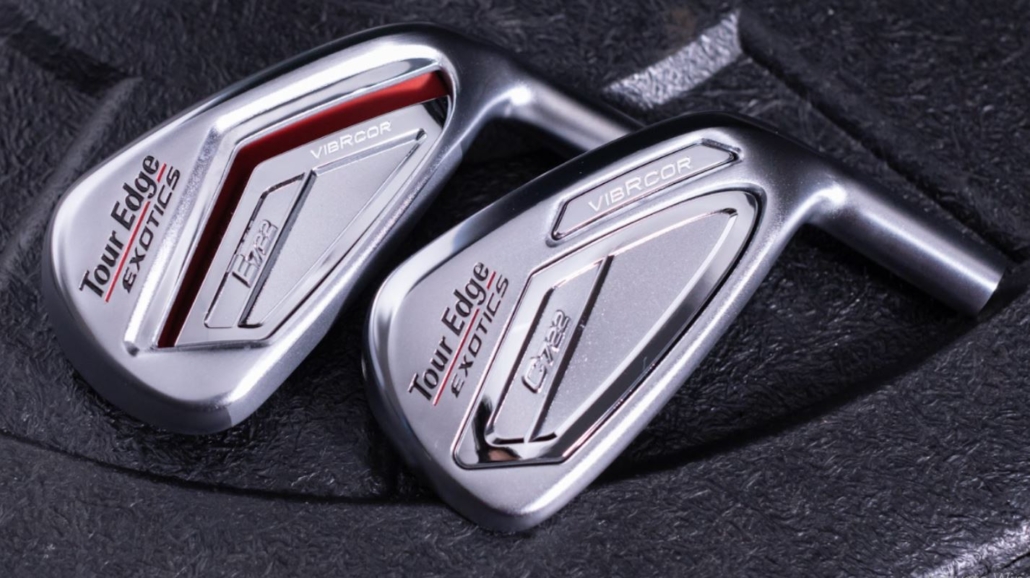 The Tour Edge C722 irons don’t really look like much in the bag. What intrigued us the most was the closed cavity back but other than that, they look more like player’s performance irons than anything else.

When we got them on the course it was a different story. We were blown away with the feel and distance of these irons. We weren’t too thrilled at the “clicky” sound they produce especially compared with the E722’s which have a deeper, more satisfying sound.

But that was a small price to pay for the accuracy of these irons. With the 7-iron, we found that a lot of our heel strikes were drawing right a little bit; but certainly not as much as they should have.

Who Are the Tour Edge C722 Irons for? 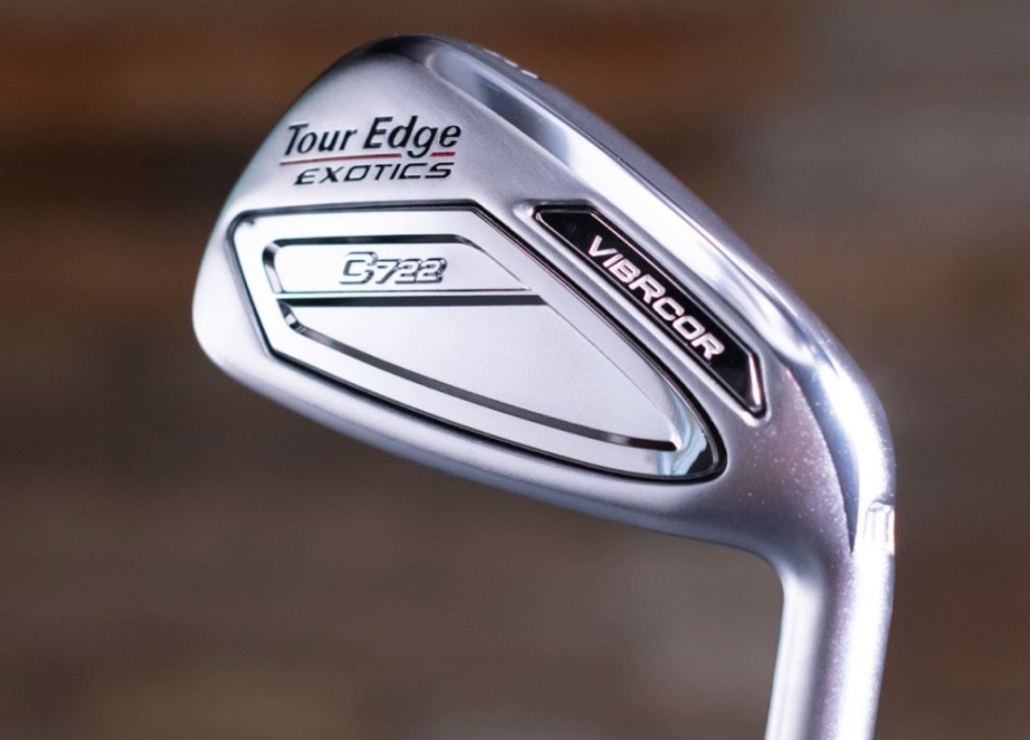 The Tour Edge C722 would be best for high teen handicappers who are struggling a little bit with landing on the green.

They help produce straight shots and will cover up a lot of mis-hits. They also have fairly strong lofts with the 9-iron lofted at a robust 39 degrees. Descent angles were pretty good so they landed pretty dead from distance.

The only problem we have with them is that the head is much more reminiscent of a players performance iron. For most high handicappers, this won’t be a welcome site at point of address. In fact it may put a lot of players off when they’re getting fitted.

However, if you can get past the head size and the lack of offset, you will find that these irons are surprisingly forgiving and will help with accuracy.

They have a larger footprint and the sole is much wider as well. They have slightly weaker lofs with  the 9-iron checking in at 38 degrees. This hurts launch but it’s better for players who are struggling with distance.

The weaker loft also helps to produce a deeper, richer sound as more of the face is squared and exposed to the ball. The Hot Launch irons also feature a 360 degree undercut cavity to match the deep center of gravity that the Tour Edge C722 irons have. 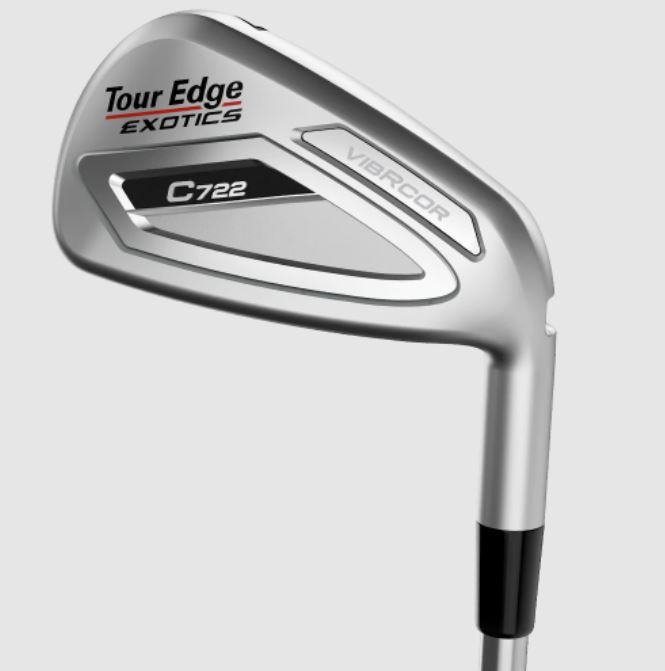 Wilson Launch Pad 2 Irons Review – Are They Forgiving & Good for...
Scroll to top