Taylormade Sim 2 Irons Review – Are They Forgiving For High Handicappers

Taylor made have been one of the very leading names in golf iron production over the past decades and that has all culminated in the Sim 2 irons after the very successful Taylormade Irons that came before it.

The Taylormade Sim 2 irons are packed with the latest technology and can be worked well by players of any level.

Taylormade have completely redesigned the shape of the club and that has resulted in some key differences in the club head which results in increased performance, distance and accuracy over the sim irons.

The Speed bridge, which featured in all of the sim 2’s predecessors which has been replaced by the full cap back which adds stability, feel and forgiveness to the club head.

Optimal weighting is placed in the heel and the toe of the clubs to allows for a large sweet spot and you can tell by the wide sole that you are going to get good distance from the Sim 2 irons.

The thin steel face creates maximum ball speed on impact while the speed thru slot and progressive ICT, make the sweet spot as large as possible.

What all of this adds up to are irons that are super easy to play with and take your game to the next level.

Are The Sim 2 Irons Forgiving

The Sim 2 Max Irons are going to be among the most forgiving in the game right now unless you want to go for a super game improvement option like the Callaway Big Bertha B21’s which have massive sweet spots.

The Sim 2 Max Have excellent turf interaction and the clubs are focussed on the two things you need the most, distance and accuracy.

Are The Sim 2 Irons Good For High Handicappers 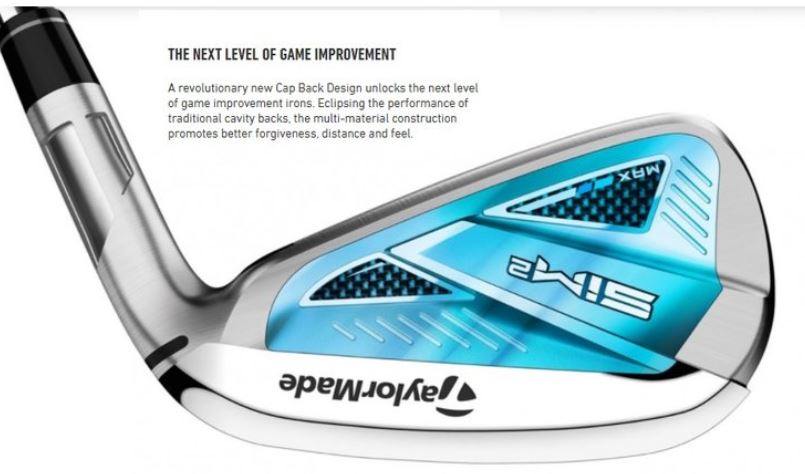 The Sim 2 Irons are one of the best options on the market for high handicappers that exist in the game today.

The Sim 2 irons, pack in the optimal technology, crafted by A.I for you to improve at the game and the result is distance and consistency which will bring your scores more towards the Mid Handicap range, all going well.

Ping G425 Irons Review – Are They Forgiving For High Handicappers