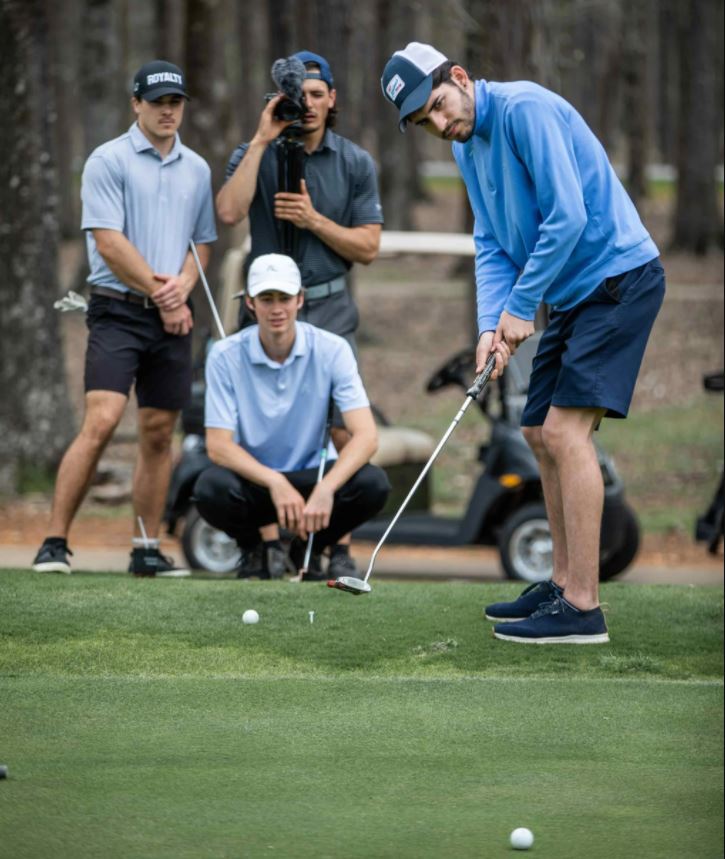 Stephen Castaneda has risen to prominence thanks to his antics as a golf trick shot artist. He enjoys a following of over 200,000 Youtube subscribers and a further 94,000 on Instagram.

Besides his work as a golf content creator, Castaneda is one of the founders of the iconic brand Good Good Golf.

In this post, we are taking a look at Stephen Castaneda net worth 2022. We will look at his business interests and learn a few fun facts about the content creator along the way.

According to the Youtube Analytics platform Noxinfluencer, Castaneda earns an estimated $2,000 per month from his videos.

However, it is difficult to determine his overall net worth. That is because he owns private businesses and has no obligation to publicly disclose his earnings.

Stephen Castaneda was born on February 9, 1999, in Basehor, in the Midwestern state of Kansas. At only 22, Castaneda has already built an established personal brand with his YouTube channel that carries his namesake.

His channel gained prominence after he posted a video titled the World’s First Square Golf Ball. It has over 372,000 views at the time of writing this post. Aside from his content creation endeavors, Castaneda is one of seven partners at fashion brand Good Good Golf (GGG).

Castaneda rose to prominence thanks to his entertaining golf trick shot videos that offered viewers a different approach to the game. Especially compared to the standard golf game improvement vlogs.

How Many Club Sponsorships 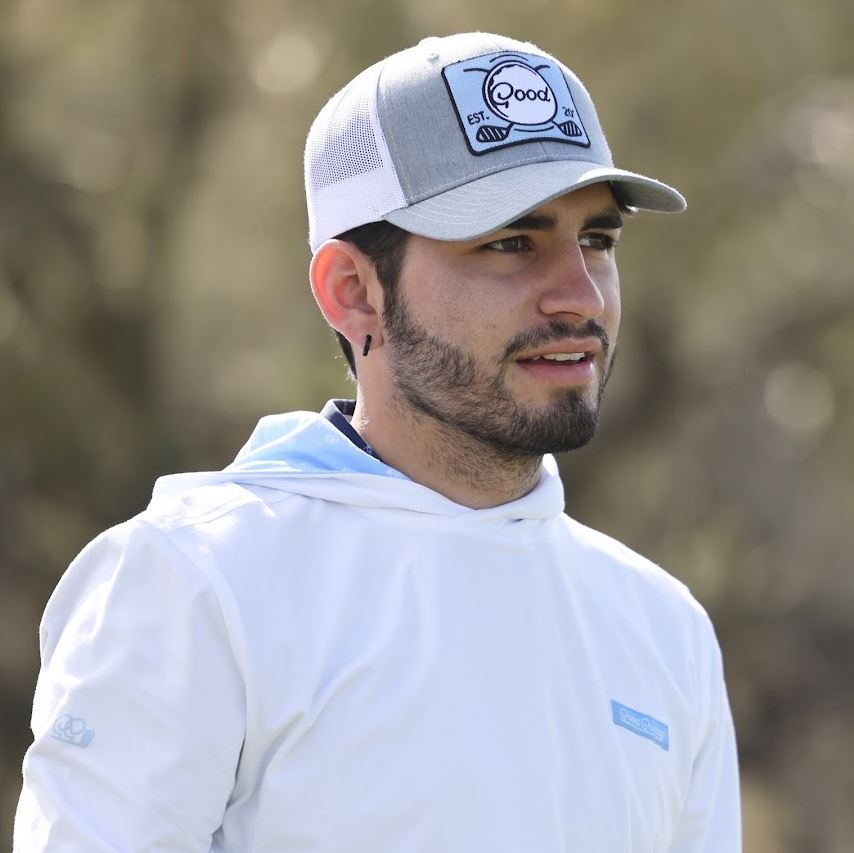 It appears that Stephen does not have any club sponsors at the time of writing this. However, in most posts, he is seen wearing apparel from his brand Good Good Golf.

Stephen’s rise to fame on Youtube came when he posted a video called World’s First Square Golf Ball, in which he attempted to play with the unique design.

The ball was not designed for use on a course, but Castaneda and his GGG partners entertained us as they struggled to hit the square construction.

At the ripe age of 22, it is unsurprising that Stephen is single and an eligible bachelor. There is no information regarding whether or not he is currently dating anyone.

Does He Have Kids?

There is no information in the public domain about Stephen having any kids. However, at his age, and given his lifestyle, it would make sense that he does not have children.

Where Does He Live?

Castaneda was born in Basehor, Kansas, and attended Kansas Christian College in Overland Park. South of Kansas City. However, in this video, he mentions that he lives in Dallas, Texas. Along with some of his GGG partners. 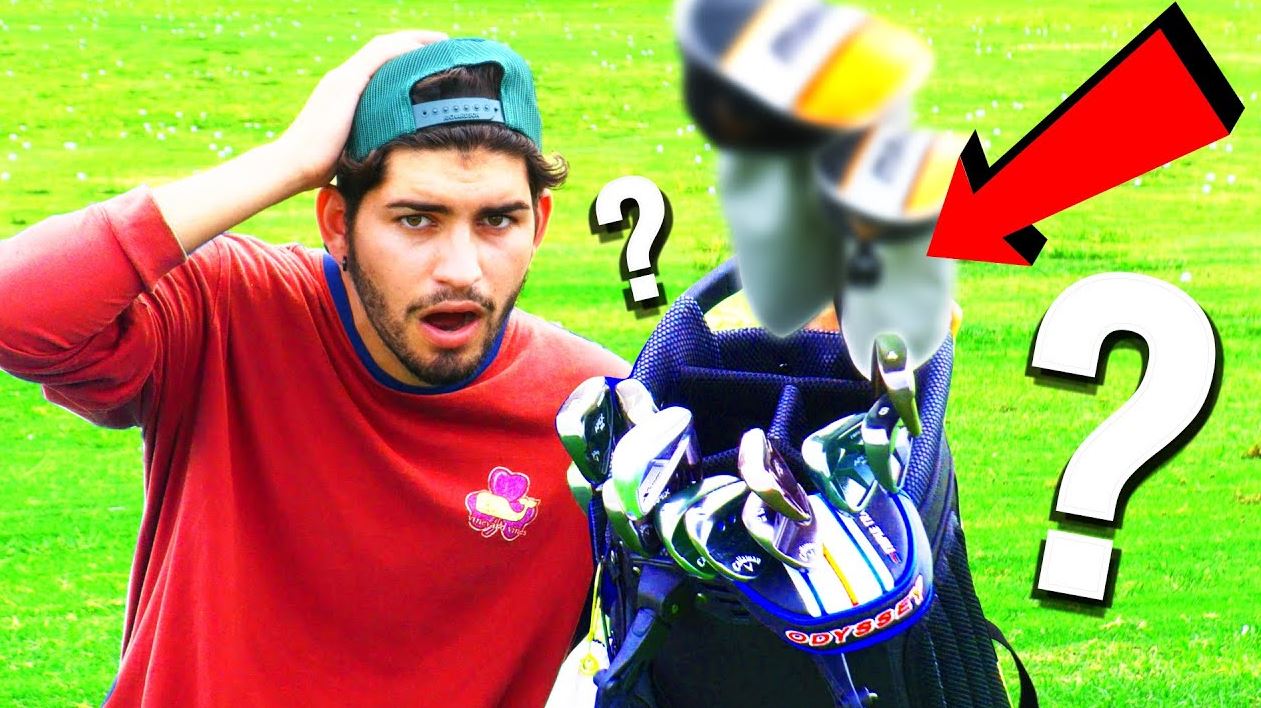 Considering that Stephen is only 22, he has a bright future ahead of him, with a range of potential career paths. As it stands, it looks as if he will continue his work as a golf content creator on Youtube and Instagram.

Plus, as a partner at GGG, various business interests may open up for him in the years to come.

Besides his work as a content creator and entrepreneur, Castaneda is in the process of constructing his first golf course. Although he has no official training as a golf course architect, the experience from this project could see him forge a path in the profession going forward.

Based on his rise to fame as a golf content creator, it is hard to picture Stephen playing other sports. However, he was a forward for the Kansas Christian College Falcons soccer team in 2018. The college falls within the ranks of the National Christian College Athletic Association (NCCAA).

Conclusion on Stephen Castaneda Net Worth 2021

That draws to a close our review on Stephen Castaneda’s net worth 2021. As we can see, he is a young and ambitious talent who still has his whole life ahead of him.

Although we know that he generates approximately $2,000 per month from his YouTube videos, there is little information on his actual net worth.