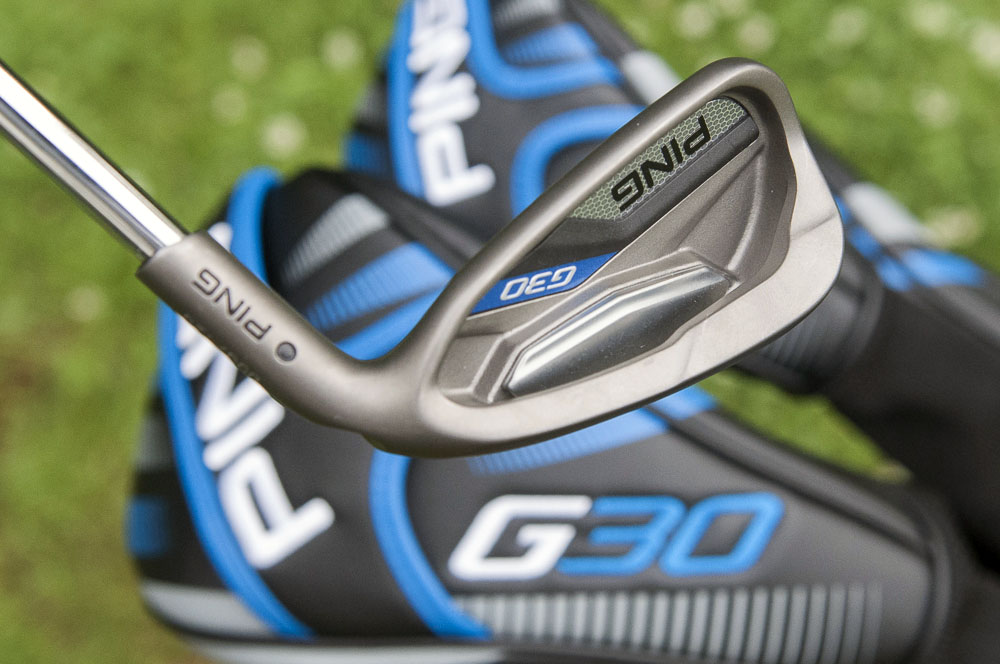 PING makes magnificent clubs, so once someone uses them they very really move towards another brand. We feel like the PING G30 irons live up to their name, and might even convert a few along the way.

Let’s dive into some details around the G30 irons.

PING has incorporated distance, forgiveness and a high trajectory into the G30 irons.

They feature a progressive length system and have stronger lofts. The G30 irons have improved low center of gravity and perimeter weighting, this will make them more forgiving than the G25 irons.

There is a new Custom Tuning port for better distance control, the port sits low in the head and supports the face, this combined with the thin face will increase ball speeds.

There is also a CTP and undercut cavity, these help get the center of gravity low to improve launch and forgiveness, while still giving you a solid feel off the face.

The G30 irons have a longer blade length, this gives you more perimeter weighting and increases MOI, helping you hit the ball higher. The irons also feature a new extra soft elastomer cavity badge, giving you a further solid feel and sound off the face.

The big change is the all new rounded sole design, it improves turf interaction, this helps with forgiveness and strike, allowing you to hit more greens than ever before.

PING have introduced stronger lofts in the longer irons to cater for the longer shafts. This helps with launch. The loft is about 2 degrees stronger than standard.

The low CG and improved rounded sole are the two most important features making these irons forgiving. 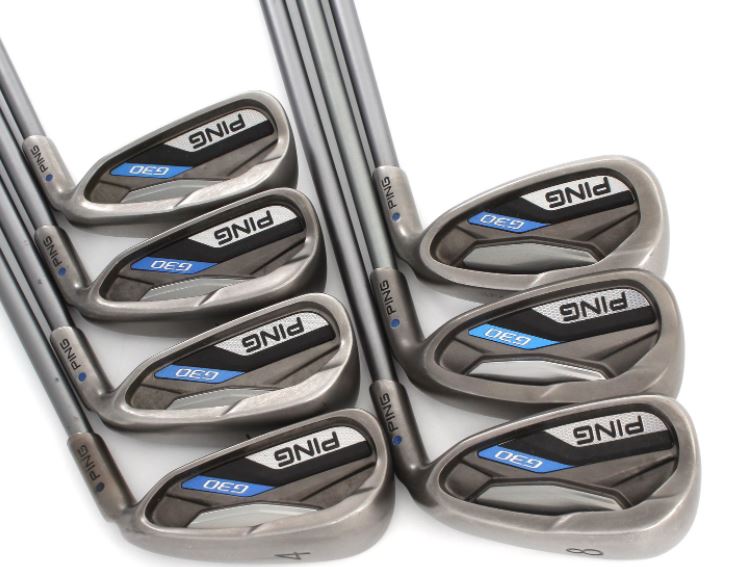 Absolutely, these irons would work perfectly for any beginner and high handicap player.

They are lightweight and very easy to hit. The PING G30 irons have more than enough forgiveness to help you.

The best thing about these irons is they are also ideal for mid handicap golfers. They are not your complete oversize irons, and still feature some sort of feel and control.

Once you improve as a golfer you tend to need less forgiveness clubs and look for more feel and control in irons, however the PING G30 irons have both of these aspects.

The G30’s are now available much cheaper second hand and that ensures that they remain very popular in the golfing world.

Once the clubs you are buying are still in good condition, they are certainly worth considering.

They may not offer quite as much as the very latest irons as the technology advances but they are not a million miles away either.

If you are just getting into the game or the wife has you on a budget, a second hand set of G30’s can be just what the doctor ordered to improve your game and take it to the next level.

The PING G30 irons are the generation after the G25 irons. When manufacturers upgrade iron models, sometimes they fall short and the new version is not better than the previous model.

This is certainly not the case when it comes to the G30 irons. There are clear improvements over the G25 irons, from sound and feel, to looks and performance.

The G30 irons are definitely an improvement over the G25 irons. 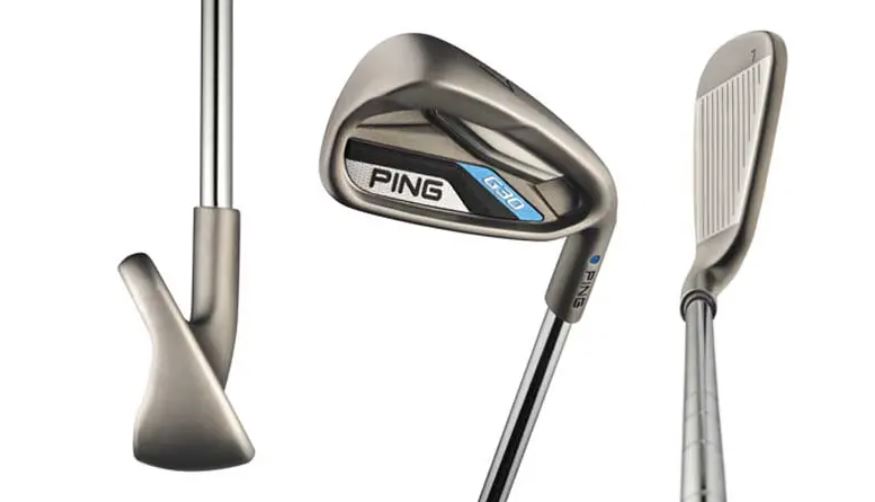 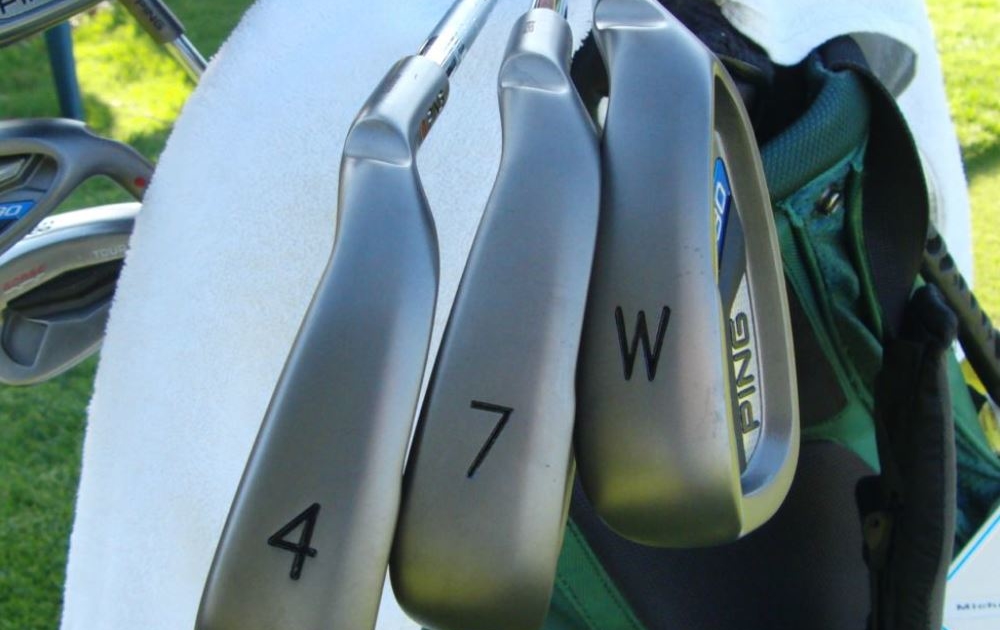 We really enjoyed the PING G30 irons. Before we took the clubs out the box we read up about the improvements.

We were slightly sceptical about the longer blade length, we thought it might make the irons look too big, however when we took them out the box we were wrong.

From the first shot we could see the low CG working, the balls launched into the air with ease, and they were incredibly forgiving. On our miss hits we did not see too much loss of distance as the ball speeds stayed quite high.

The rounded sole design worked like a dream, from all lies the clubs slid through the turf with ease.

The stronger lofts and longer shafts made a big difference, we definitely hit the ball further than our current irons, even though the lofts were strong, we could still hold the ball on the greens even with the long irons.

This is because of the low CG, it makes them more forgiving, but also adds a little bit of spin to help get the ball up in the air and spin more.

We would highly recommend these for beginners and mid to high handicap players.

Who Are the Ping G30 Irons For?

The PING G30 irons cater for a wide array of golfers. From high to mid handicap players to beginners.

They provide a lot of forgiveness and distance, which is great for anyone starting out.

The PING G30 irons also have a great sound and feel, so for your mid handicap player they are still great.

The G30 irons do not have any other models, however PING do have a driver, fairway wood and hybrid in the range.

These are loaded with similar technologies to the irons, however they are for all levels of golfers.

The PING G30 range in the ‘metal woods’ are designed for all skill levels.

They provide distance and forgiveness, trust me the best players in the world need both of these just as much as the beginner or high handicap player.

If you are in the market for a new set, we would recommend giving the whole G30 family a try. 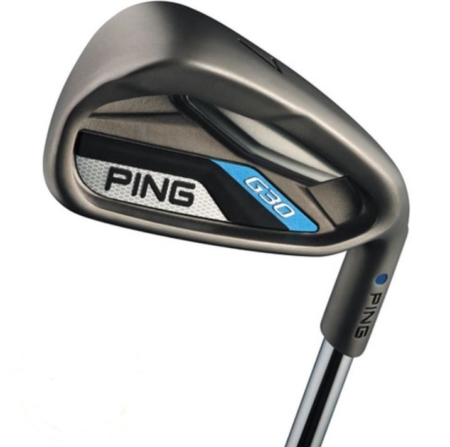 What Should An Average Golfer Have In His Bag?
Scroll to top