When shopping for a premium set of irons, it’s important to remember one thing: even though you are getting an expensive set of irons, it doesn’t mean that they will suit you as a player.

That’s why it’s always the best idea to go in for a fitting if at all possible.

You can’t simply fork over a couple thousand dollars on an iron set and hope for the best.

So to help you dial your decision in a bit more, we compared a couple of very popular performance iron sets from two top manufacturers.

The Titleist T200 are a good combination of feel and distance. They have a sleek and clean player’s look with surprising performance.

When you take a look at the short blade and compact head shape of these irons, you wouldn’t expect them to be so explosive.

In the bag and at point of address, they just look like player’s irons. However, the denser D18 tungsten use to weight these irons give them impressive distance that belies their category.

The denser tungsten weights are smaller so Titleist was able to maintain a slim shape with the T200’s while still providing plenty of punch in the long irons.

It should be noted in fact, that the T200’s played nearly 10 yards longer than the Mizuno JPX 921’s on average.

The scoring irons in this set deliver great control as well.

The forged face insert really comes through in the shorter irons, providing robust spin control where better players need it the most.

You’d be hard-pressed to find a set of irons that feels better or provides more consistency across the face than the Mizuno JPX 921 forged irons.

They are a bit on the heavy side but we really liked the beveled leading edge which helps a lot with turf interaction.

They are forged from Chromoly which is an incredibly resilient alloy.

When you take a few swings with these irons you can tell that they will last season after season so if longevity is what you’re after, these would be a good investment. 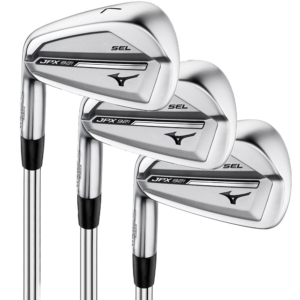 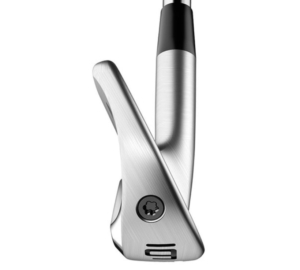