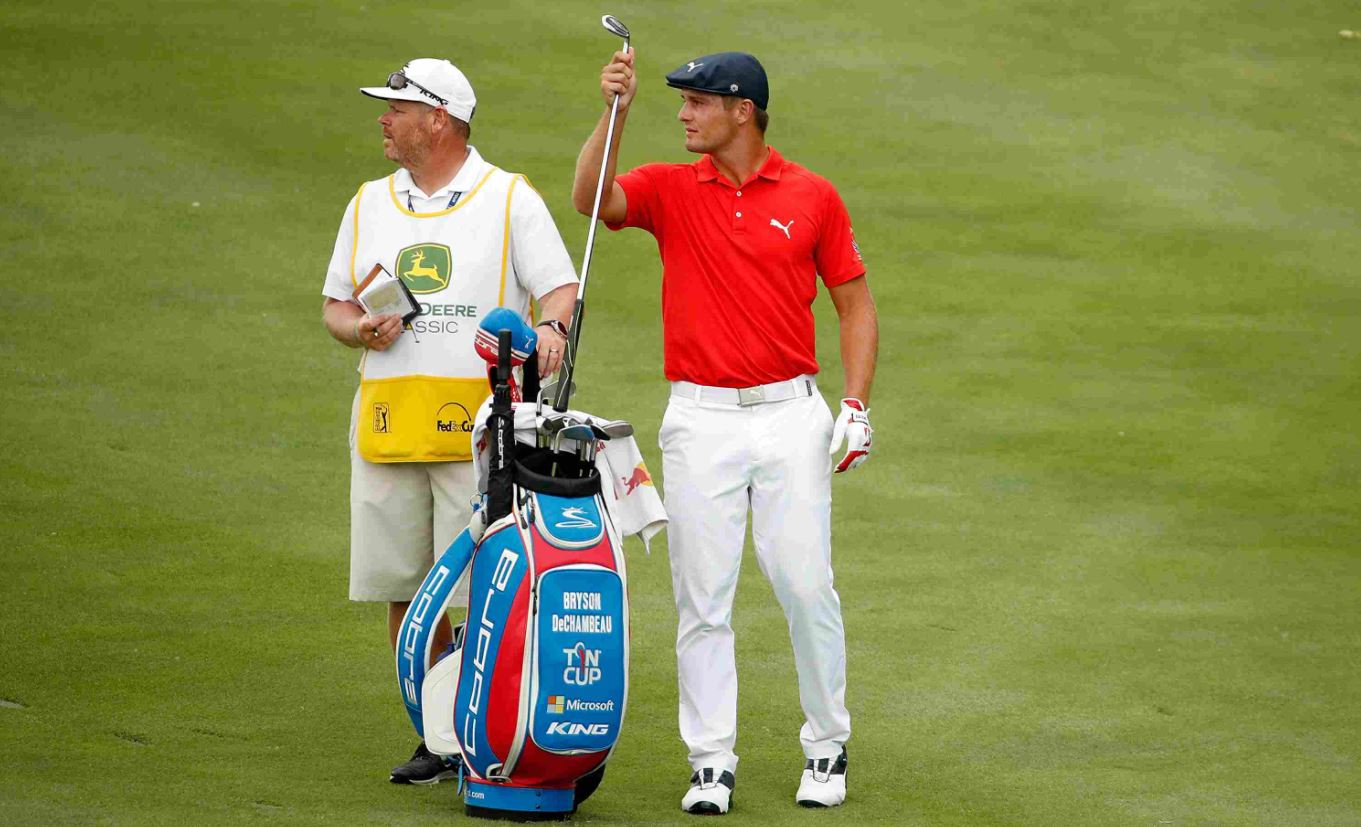 Golf is predominantly an individual sport, at the end of the day you ultimately determine how well you will play.

When you are on the golf course no one else can help you, besides, maybe your caddy, but ultimately, it’s you and the course. In a team environment you can play badly, but still be assisted by your teammates. In golf it is another story, if you are playing badly there is no hiding.

In What Ways Can Golf Be An Individual Sport

Golf is as individual as you can get in the sporting world. No one else can hit the ball for you, and that is ultimately the purpose of golf.

Every shot you hit is purely determined by you and no one else. There are a few instances that make golf a team sport, this refers to your support team, but at the end of the day you are the one hitting the shots.

In What Ways Is It A Team Sport

As an everyday golfer, golf is very much an individual sport. In your local club you will play in competitions like betterball or combined where you will add up your scores with a partner, this adds a bit of team element to the game.

Your local league will also see a team element to it, where you will play against other players in a team environment, this is seen in the Ryder Cup, arguably the biggest event in the golfing calendar.

There is a massive team element with the Ryder cup, with the USA and Europe playing against each other, you get support on each side, not supporting the players individually but as a team. What makes the Ryder Cup so special is that golf is magoritally an individual sport, where the Ryder Cup brings that team element to the game.

This creates an unbelievable vibe and brings players and supporters together.

Most professionals have a ‘team’ behind them. These people will consist of their coaches, trainers, dietitians, mental coaches, caddie and family. Even though they are the ones hitting the shots out on the course, they wouldn’t be able to get the results they achieve without their team.

What Are The Different Match Types 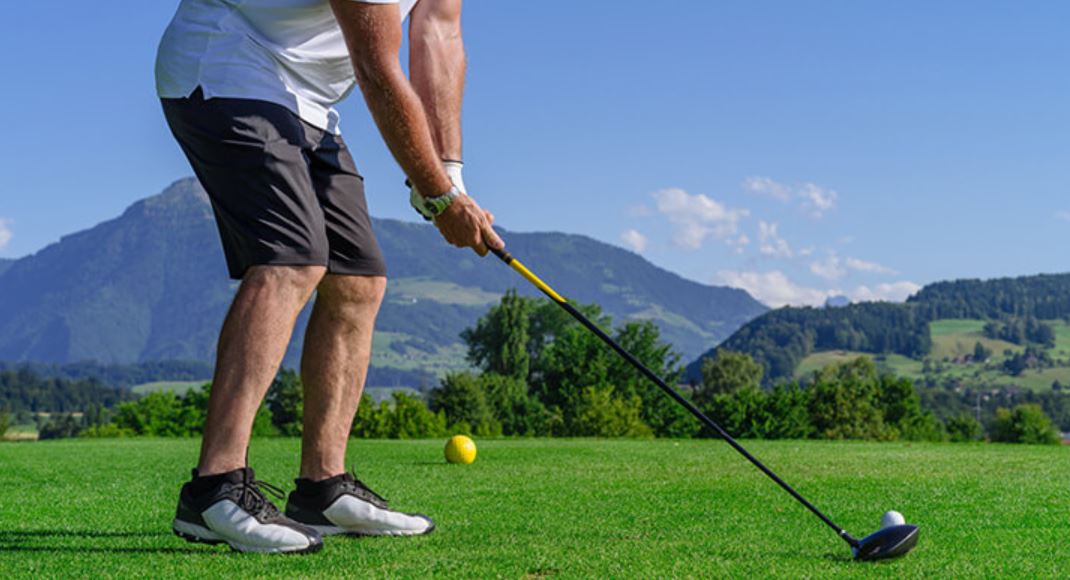 There are a number of different match types within golf, the 3 main types are strokeplay, matchplay and stableford.

Strokeplay is played on all major professional tours around the world, among better golfers this is the most popular format, as it requires you to finish every hole without picking up.

Stableford format works on points, you use your handicap to determine what points you get on the hole depending on what you shoot. Stableford has many different types of formats, including individual and team style games. The most popular are; individual, betterball, combined and alliance. There are many more formats out there too.

Matchplay is arguably the oldest format of the game, they say when the game was first invented they used to play matchplay. The format is simple, if you beat your opponent on a hole by getting a lower score, you win the whole and go 1up.

Matchplay can also be played in a team format, either within the fourball or in a team as a whole.

Without a doubt the Ryder Cup is the best team golf event in the world. The anticipation, history, following and atmosphere is like no other.

There are however a few other team events that also draw a lot of attention, but nothing like the Ryder Cup these are, The Solheim Cup is the women’s version of the Ryder Cup, with women’s golf gaining massive traction all over the world, the Solheim Cup is quickly catching up to The Ryder Cup. Another format is The Presidents Cup, this sees the USA vs The Rest of the World, again, this is a massive event, but is still overshadowed by the Ryder Cup.

What Is The History Of The Ryder Cup?

The original idea of the tournament started with an idea from James D. Harnett, who worked at Golf Illustrated, James suggested that the US take over 12 golfers to the United Kingdom to try to win The Open Championship, as this had never been done before.

While in England, they formed a matchplay game agained players from Great Britain, the match consisted of 5 foursomes in the morning and 10 singles in the afternoon. The match was won by Great Britain.

Only in 1927 was the match organised in a more formal manner, and The Ryder Cup was born, a gentleman called Ryder contributed a substantial amount towards funding the event and hence the name was decided.

They decided on playing the event every second year, as financially and logistically it made sense, as in those days they had to travel by ship. 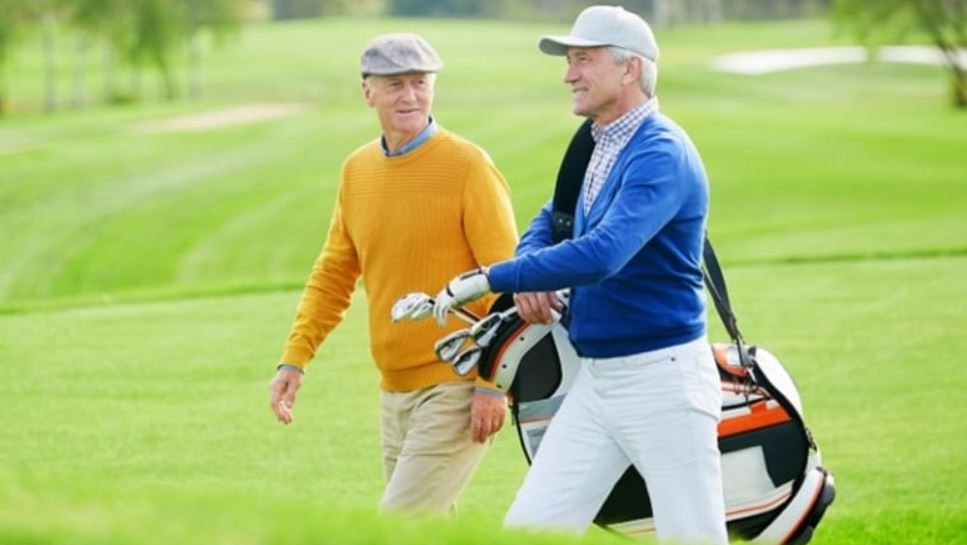 There have been many great Ryder Cup teams, however one of the most memorable teams was the European team in 2012, the event was played at the Medinah Country Club, the European team had an incredible comeback which caused crazy celebrations from the European fans.

Stand out players were Sergio Garcia, Lee Westwood and then Martin Kaymer.

Who Are The Best Ryder Cup Players

There are a number of players that play well in the matchplay environment, they seem to thrive off the atmosphere and produce incredible shots under pressure. Our Top three are:

Seve’s passion, flair and at times, gamesmanship made him better than the rest, his ability to produce shots from anywhere, used to sink his opponents. During the 1980’s and 90’s, he made the Ryder Cup what it is today.

Arguably the best player of all time, Jack used to thrive in the matchplay environment, his overall record is 16 wins, eight losses and three halves, which puts him up there with the best.

Sergio is the European’s leading points scorer of all time, he has a total of 25.5 points. His passion and his ability to play magnificent shots under pressure, makes him one of the toughest matchplay players to play against.

Is A Golfer And His Caddy Considered A Team?

In many ways yes, but ultimately the player has to hit the shot at the end of the day. The caddie plays a very important part in the success of the golfers, the caddie provides advice, distances, shot selections, club selections and can even help calm the golfer down.

Most professional golfers that have a good relationship with their caddies tend to play better golf.

What Are The Best Golfer And Caddies Teams In The Game?

Tiger and Steve were a team when Tiger was unstoppable on tour, many say Tiger’s major success came with the help of Steve. The young flair of Tiger Woods and experienced head of Steve Williams made for the perfect combination, and they dominated the world circuit while they were together.

There is nothing better than a brotherly partnership. Dustin and Austin are brothers, and this gives them the upper edge. Their cool and calm attitude forms a great partnership. They never look flustered on the course, and this translates into Dustin’s results.

Since 2011 Jordan and Michael have been together, Jordans incredible amateur career and professional career is very impressive. The two have clicked really well from the start and they have never looked back. 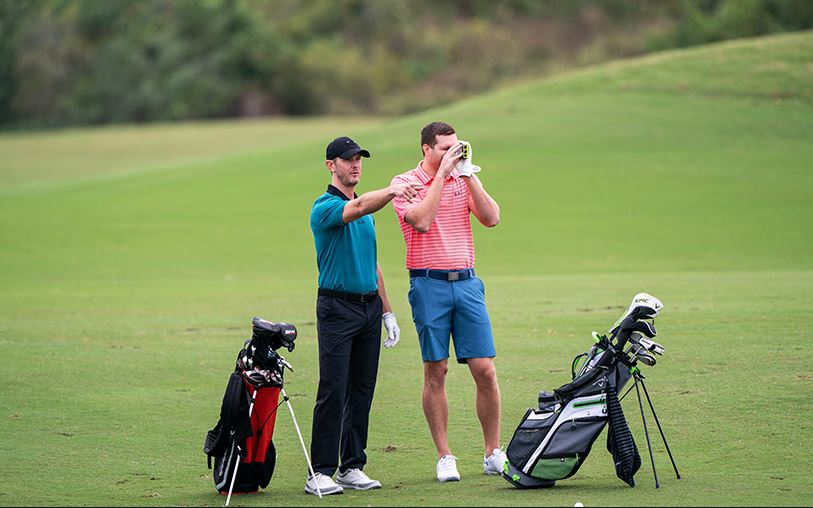 Golf is very much an individual sport, you are the one hitting the shot and getting the ball into the whole, in that moment no one else can help you.

Golf has a number of different formats, the three most popular are stroke play, match play and stableford.

Stroke play is very much an individual format, while matchplay and stableford can be played in a team environment, either as a pair, fourball or team.

The Ryder Cup is the biggest team event in the world, with the anticipation, quality of golf and history, it stands above any other team competition.