Is A Driving Iron Easier To Hit Than A Driver – Good Replacement For Beginners?

Whether you’re just getting started as a golfer or you’re just trying to figure out which clubs will work best for your game, there is a lot to consider.

One common question in the industry is whether you should use a driver or a driving iron.

How do you choose? In this guide, we will walk you through driving irons vs. drivers and give you all of the details you need to make an informed decision on the topic.

My Experience With Driving Irons 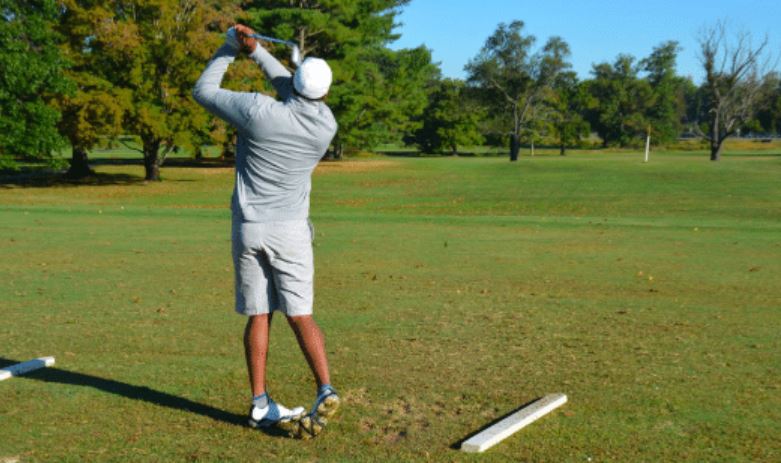 Let’s start first talking about my own experience with driving irons. I am usually all about the research, but research is in large part about testing a product and seeing how it works for you.

The driving iron is an iron but it’s made to be long so it’s comparable to a driver in overall size and form. Ultimately, the driving iron was really built to be a replacement for some of the long irons but also for the 5 wood or some hybrid clubs as well.

The driving iron is usually pretty easy to hit on the fairway and in my experience comes in very handy when you’re playing in the wind or you’re trying to keep your ball low with a drive-like swing.

If you’re looking for accuracy with more forgiveness, the driving iron is a great option. However, it’s not always the best solution.

I’m not sure that I would really recommend the driving iron to beginners, unless they take a shine to it, but I certainly recommend it for fairways and windy conditions overall.

What Exactly Is A Driving Iron

A driving iron is pretty much exactly as it sounds. It is an iron but it is built with a long shaft, similar to that of a driver. While it doesn’t really fall into the hybrid category, it really is a hybrid of a driver and an iron.

The driver is used traditionally for long shots, perhaps your first shot off the tee or if you have another long shot to make from the fairway. Irons have quite a few different uses on the golf course, depending on your play and the type of iron you are using.

The driving iron takes all of these features and packs it into a single club. The result is a long club that looks and feels like an iron. So you have the shape of an iron with the build and style meant to give you drive when you hit.

According to Golf Journey 365, you should use a driving iron for 3 situations. This includes the shot off a tee, a second shot on a par 5 hole, or for a par 3 hole with a long distance.

Here are some of the basic pros and cons of using a driving iron. 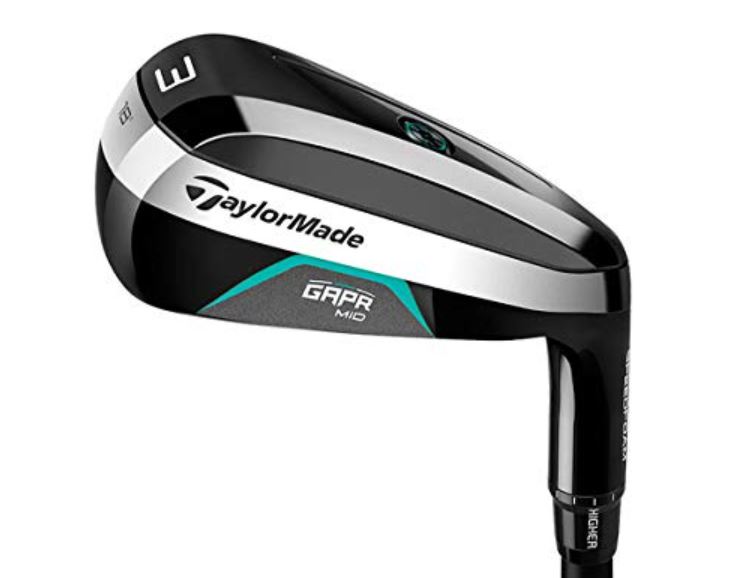 The driving iron head design is made to look like an iron. It uses the same materials of an iron and is either cast or forged at creation.

The club face of the driving iron will be slightly longer than most irons and also heavier because of the type of shot it is intended for (driving).

The club face is part of the head but it deserved some individual attention.

Most irons have a curved club face but a driving iron will be straight in this regard.

This design gives you a little more forgiveness and precision on impact, even if you don’t hit the ball perfectly.

The Hit – Driving Iron Vs Driver 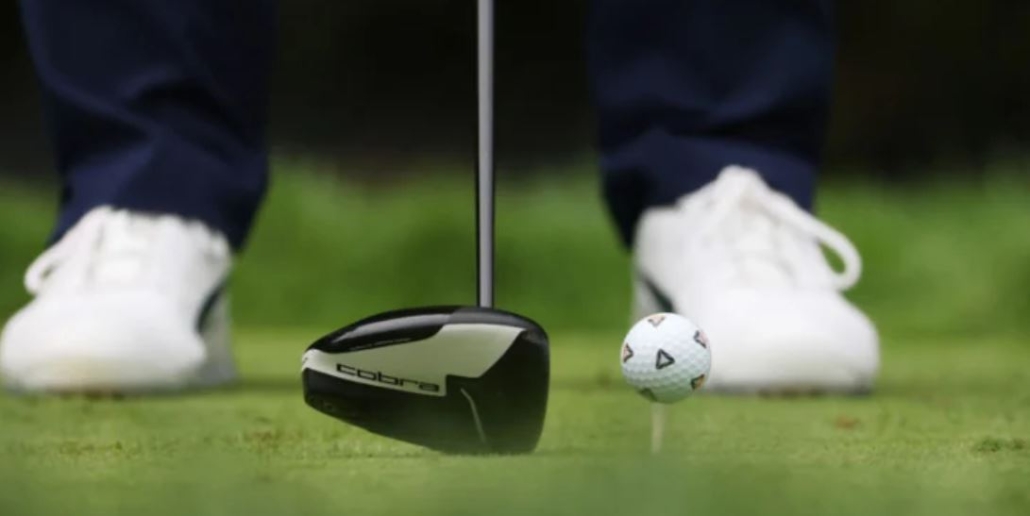 When you compare a driving iron to a driver, you will get more spin and more launch from the driving iron than you traditionally get from a driver.

On the same note, for comparison purposes, the launch and spin are less than a hybrid cub.

How Do Driving Irons And Drivers Compare?

So how do driving irons and drivers really compare? Check out this YouTube video comparison for a great visual on the subject.

They actually pit the two against each other on the course and compare scores so you can see it in real life. It’s a pretty neat comparison.

So let’s compare them here. According to Golf Cart Report, the most noticeable difference is primarily in the club head design.

We touched on this just slightly in our pros and cons but keep in mind that the head is shaped like a traditional iron, with a bit more weight and slightly more length on the head itself.

Where a driver usually has a club head that looks more similar to that of a wood, this is one of the most noteworthy differences.

The driver’s head is large and it is a long club. In your bag, it will be probably the largest and longest club there.

Your driving iron combines the qualities of a driver but makes your club more like a blade on the shaft.

With the blade-like design the driving iron is really meant for driving shorter shots.

When you swing the driver towards your ball, there is a sweet spot for your impact point.

The club head is large so you are likely to hit the ball but will you hit it at that sweet spot? One thing you might specifically question is whether you prefer to use an iron or a wood on the golf course.

If you prefer irons over woods, you will probably like the driving iron. If you prefer woods over irons, you most likely will want to stick with the driver.

When you compare the loft of the driver as opposed to a driving iron, your driving iron typically gets more loft than a driver.

The loft angle is higher, which means it will be easier to hit the ball and your hit will have more forgiveness.

While the loft is still low, it is higher than the driver. Unfortunately, the heightened loft will most likely also affect and potentially reduce the distance of your shot.

Because of the loft, you will need to be able to hit the ball harder or faster to accommodate.

Spin helps to propel your ball forward so that it makes it farther and hopefully makes it to your target better. On the same note, you probably want low spin when you’re hitting a drive.

According to PGA Tour, you ideally want a high launch and a low spin from your driver and ideally you will want a similar approach with a driving iron.

The spin levels help to get extra distance so you get more distance in the air as well as more roll when it hits the ground usually. 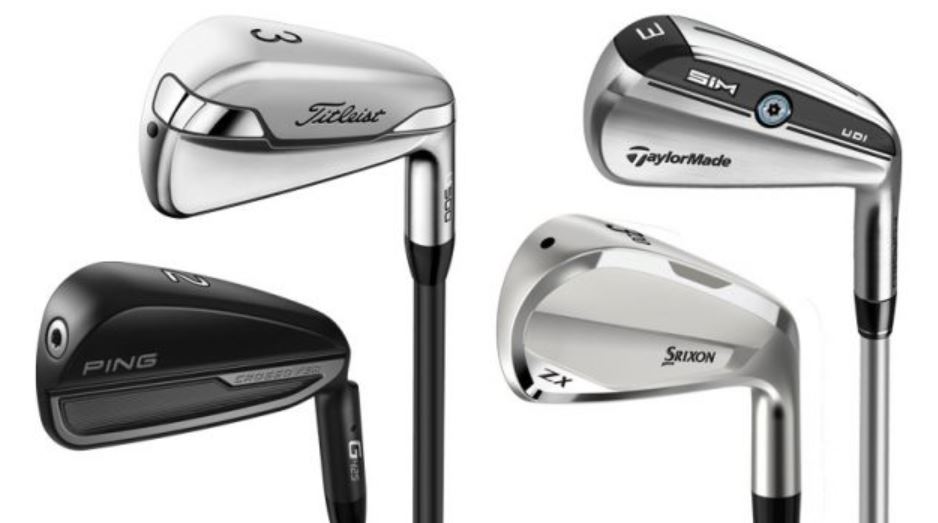 As far as how hard it is to hit the ball, it really depends on the type of player you are.

There isn’t much room for choosing your own loft specifications or anything like that. What you get is really what you get.

The difference here is that with drivers, you sometimes have a bit of adjustability available to you.

Not only that, but you can typically also adjust your shot or your swing to accommodate for something that is off.

With a driving iron, there are only certain adjustments you can make. You will definitely be adjusting your swing speed and power already so consider this.

Which Club Is Longer?

Traditionally, a driver is the longest club in your bag.

A driving iron will also be longer than most irons but it will not be quite as long as the driver.

This could perhaps be why you have to add some speed and power to your shot to really get the best value out of it.

Which Club Is More Accurate?

This really may depend on your own skills and game. However, according to Golf Cart Report, the driving iron is slightly more accurate than the driver.

Here’s the thing, it’s not really the club that is more accurate but rather how the club works with your swing.

Driving irons tend to have more forgiveness on impact. If you don’t quite get the perfect sweet spot on your hit, you still will have good results with the ball.

They tend to fly straighter on impact as well. The driver on the other hand really depends on hitting that sweet spot.

Should A Beginner Use A Driving Iron Or A Driver?

The driver is perhaps one of the most challenging clubs in your bag to master. It is large and heavy and your swing requires power. The point of the club is to get you good distance but there is a sweet spot on your hit.

It takes practice to get there with any type of club but the driver perhaps takes the most practice. According to South Hampton Golf Club, both beginners and high handicappers could potentially benefit from using a driving iron rather than a driver for some shots. It’s a more forgiving club so it may improve your performance.

Don’t stop practicing the driver as well because improving your game matters and you will ultimately get more distance from the driver.

Do The Pros Use Driving Irons? 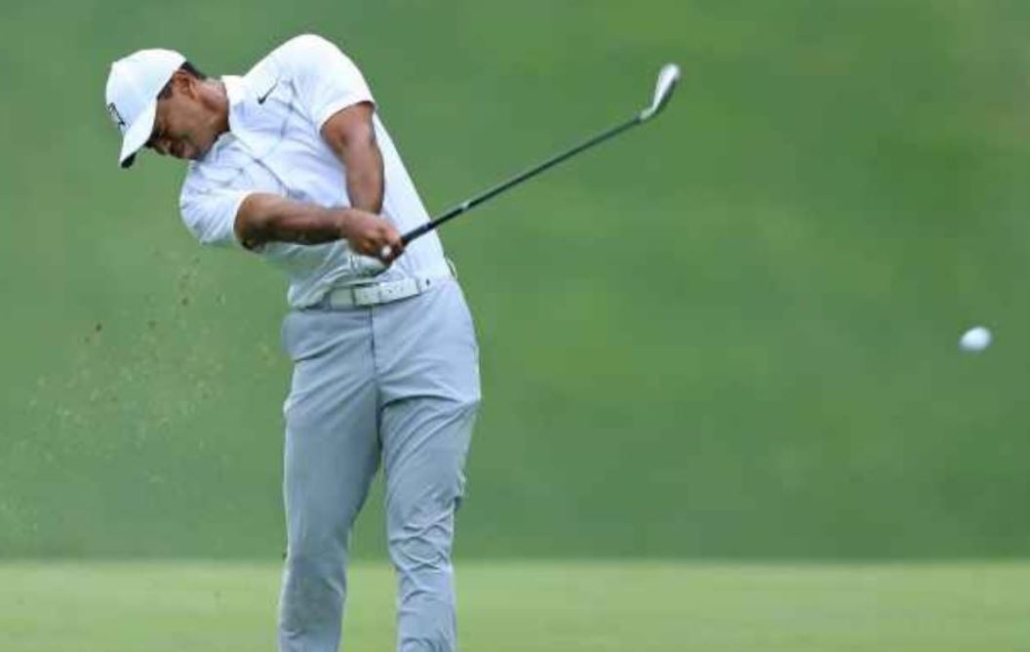 While driving irons may not be as popular amongst the pros, keep in mind that they have had a lot of time to hone their skills and practice.

They didn’t make it to the pros overnight. Most of the advanced players out there will tell you that driving irons are really great for windy conditions as well.

Practical Golf got the inside scoop from You Tuber Mark Crossfield on this subject and they share some really awesome comparison specs.

Some people will tell you that a 3 iron can be used like a driving iron. The first 3 irons are all longer clubs, making the 3 iron a close match with a similar length and build.

However, they are different by design. Three irons have significantly more loft than a driving iron.

With that note, 3 irons are among the hardest clubs to master, shortly after the driver.

Driving irons are more forgiving overall and really designed to help you right off the tee for most uses.

The driving iron is designed to give you distance without flying super high.

This is what makes it so great in the wind. For that reason, the driving iron is a really great choice when you’re in windy conditions or right off the tee.

In comparison, the 3 wood is a very easy club to get a good hit from and you will be able to get speed far easier from the 3 wood.

Can You Hit A Driving Iron Off The Tee?

Yes! This is perhaps one of the best uses for a driving iron in most cases.

There are some uses where it is acceptable to hit a driving iron off of the fairway but for the most part, you will find it is best for tee hits.

Can You Hit A Driving Iron Off The Fairway?

You can use a driving iron off the fairway. In these cases, you will want to choose your shots wisely.

There are certain types of shots that are most suitable, which we covered above. Keep in mind the driving iron is better for shorter distances.

If you’re trying to figure out whether you want to use a driving iron or a driver in your bag there is a lot to consider.

Take a look at the details and determine which will work better for your own golfing skills but also for the course and weather conditions you are golfing in at the time.

Which club will you be putting in your bag?

Ping vs Callaway vs Taylormade – Who Makes The Best Golf Clubs

Should High Handicappers Use Blades – Will They Help You Improve?
Scroll to top