When we decided to test these two sets side by side and unwrapped them, we were impressed by the looks of both.

In fact we had to double-check to make sure that we got the right irons. But would the performance of these irons match their good looks? Find out in the following comparison overview 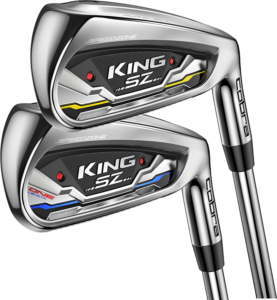 One of the most notable features of these irons besides the sleek looks is the carbon fiber topline of the club heads.

Carbon fiber is a very light and very strong material. Cobra used carbon fiber on the top lines of these irons to bring the total weight down.

Along with the premium looks, one of the first things we noticed about these irons is that they are very light.

The use of carbon fiber on the top really does make these irons feel airy and controllable in the hands. The Speedzone irons also feature what Cobra calls the “Pwrshell” face insert which expands the sweet spot by 35%.

Indeed, this face insert does improve forgiveness on mis-hits. We could see where these irons get their name because we were still getting good ball speed on impacts made out near the toe. 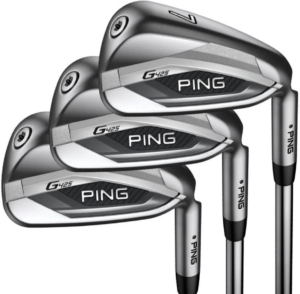 The Ping G425 are also game-improvement irons that don’t look the part. The shortened blade lengths gives them more of a player’s iron feel.

To combat the smaller head, the Ping G425’s share a feature with the Speedzone irons: they both have perimeter weighting.

With the G425’s, this comes in the form of a hosel weight and a tungsten screw in the toe.

The Ping G425 irons were also forgiving but we noticed that squaring up was a bit tougher. Even the most seasoned players are prone to some mis-hits but with the G425’s you really have to be on your game if you want the kind of distance you need to lower your score.

Still, we liked the launch angles we were getting from the G425’s – especially in the 7 and 8 irons.

The Speedzone irons lacked the stopping power that the G425’s had, but the G425’s were ultimately less forgiving. 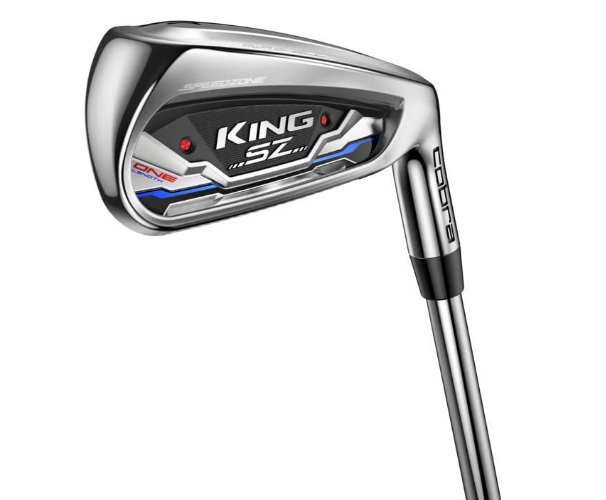