The F-Max series of clubs from Cobra have been around for a while and they are still enticing players in need of solid game improvement clubs. If you are in need of a good set of game-improvement irons specifically, you are in luck.

Today we will be re-visiting the Cobra F-Max Airspeed irons and the Cobra F-Max Superlite set of irons. What value may they hold for you in 2022? Find out in the following comparison article. 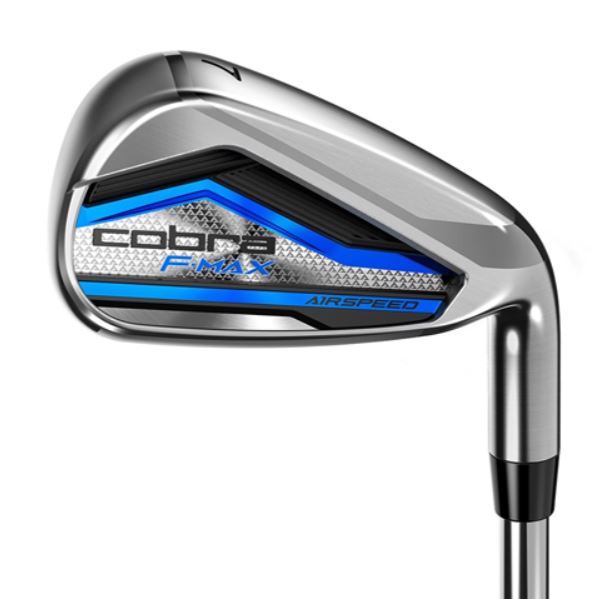 The main point of emphasis of the Cobra F-Max Airspeed irons is a lightweight design that makes swinging the long irons easier.

The Cobra F-Max Airspeed irons feature lightweight club heads so that players with slow to moderate swing speeds have an easier time swinging the long irons which can be especially clunky and cumbersome.

These are cavity back irons with progressive hosel lengths. The long irons feature shorter hosels which effectively lowers the center of gravity. The idea here is to make it easier for players to launch the ball higher in the air.

In the shorter irons, the hosels are lengthened which produces a flatter flight trajectory. The object here is to increase control on short approaches. 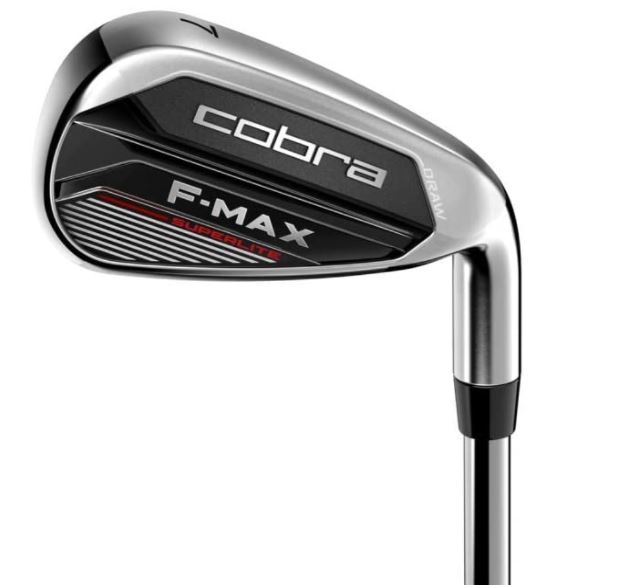 The Cobra F-Max Superlite irons are also designed to be lightweight and also to have a comforting look at point of address.

This is one of the things we liked the most about the Superlite irons; even though they are comparable in weight to the Cobra F-Max Airspeed irons, they still look great at point of address for high handicappers.

The top line is nice and beefy, there is noticeable offset and a long blade. Of course, the offset is progressive so it gets less pronounced in the short irons for more short-game control but the long irons in the Superlite set will make it easy for players to square up at impact.

There is also internal draw weighting in these irons so they will help if you are struggling against a slice. 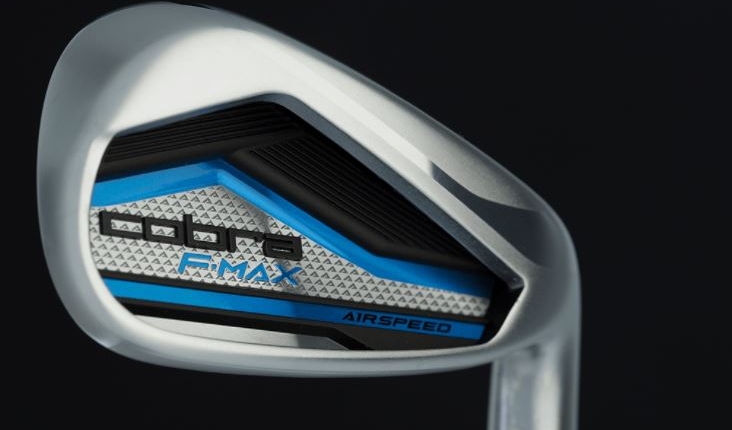 The Cobra F-Max Airspeed are even lighter than the Superlite irons and you can feel the difference as soon as you pick one of them up.

The thing about Cobra is that they don’t mess around with their marketing. When there is “Speed” or “Lite” in the name of one of their clubs, you can bet that they will be either fast or lightweight.

This is certainly the case with the Cobra F-Max Airspeed irons. Our slower swing speed testers were seeing increases in club head speeds of up to 4 MPH with  these irons.

Needless to say, we were very impressed with these irons mostly because they lived up to the claims Cobra makes about them. They also have heel-based weighting to help correct rightward misses. 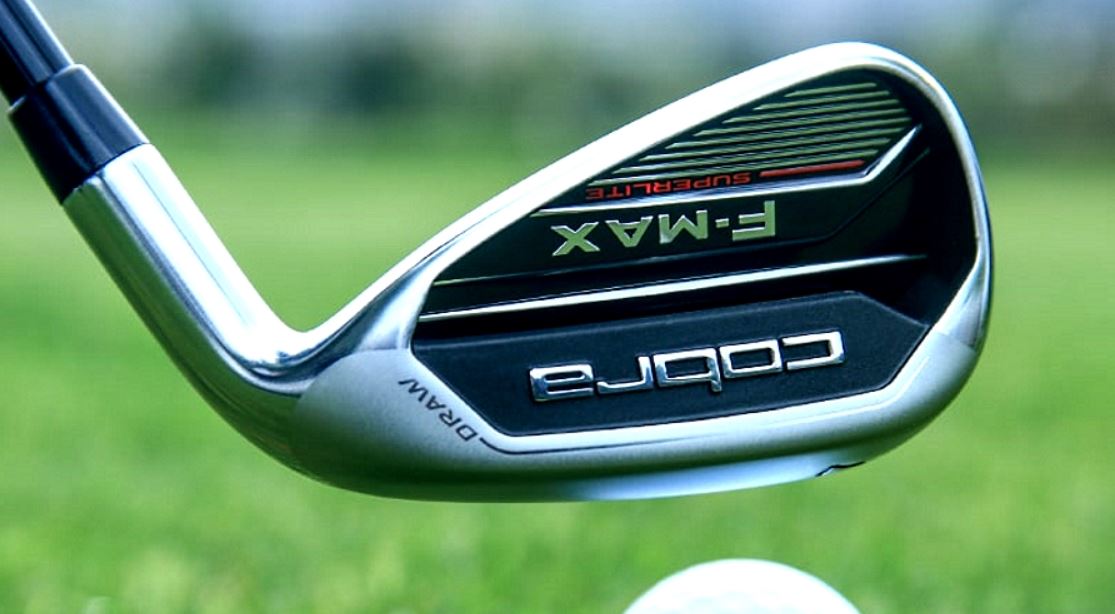 The carry distance of the Cobra F-Max Superlite irons is the first thing that struck us.

These irons get up in the air in a hurry and will add carry distance to your total distance – at least with the long irons. There is internal draw bias, but if you are fairly consistent with your swing, this will result in a smooth draw without sacrificing elevation.

We also really liked the near-effortless distance you get with these irons. From point of address, you can tell that there is a lot of head that will be going behind your shot. And indeed, the Superlite irons play long.

It’s a bit difficult to get the lift you need from certain lies with the short irons due to the shortened hosels. So short-game performance can be compromised – but only if you find yourself in an odd lie.

Who are the Cobra F-Max Airspeed Irons for? 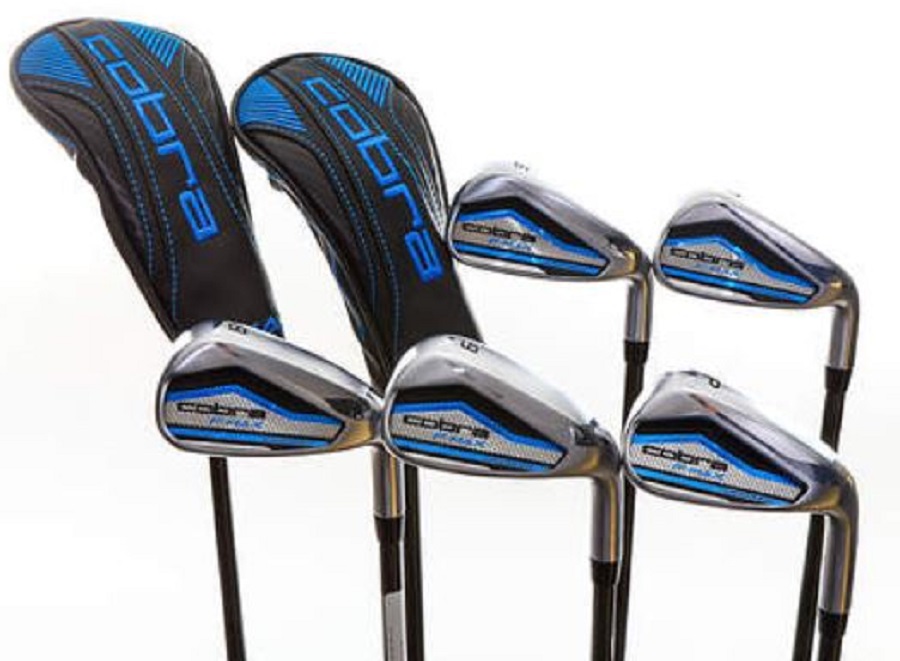 The Cobra F-Max Airspeed irons would be best for senior players or beginners who are looking for irons that are easier to turn over on the downswing.

One of the things we really liked about these irons was the combination of easy swinging and short-game performance. Cobra seemed to really want to create a beginner/senior friendly set of irons that also provided some player’s performance around the pin.

While the Cobra F-Max Airspeed irons aren’t the most workable on short approaches, they still offer more control than most lightweight, game-improvement irons.

If you are looking for a more recent set of Cobra irons but still want to stay in the game-improvement category, check out the Cobra LTDx irons which feature a steel bar coated with polymer for help with distance.

Who are the Cobra F-Max Superlite Irons for? 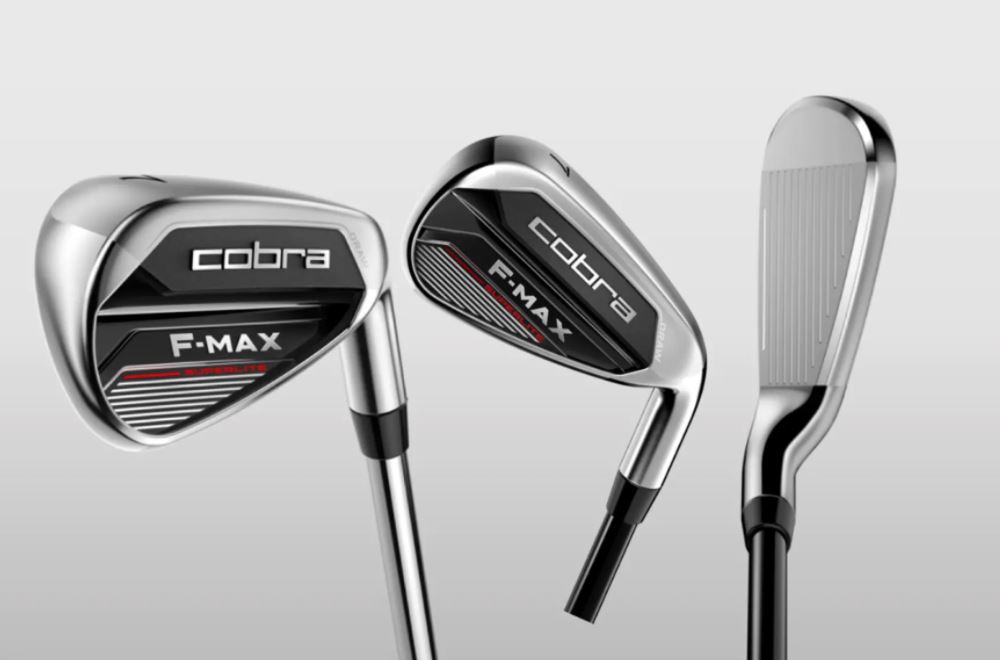 The Cobra F-Max Superlite irons will be best for high handicappers that want the most help with distance without having to suffer through a heavy or cumbersome set of irons.

The Superlite irons will look great at point of address to beginners and high handicappers. And of course, the light weight will make them congenial for senior players as well.

They also offer a surprising degree of short-game control although beginners may struggle from tough lies with these irons.

We have to mention the Radspeed irons. While not great for slow swing speed players, they offer the kind of ball speed and distance (thanks to extreme heel-to-toe weighting) that intermediate players will love.

Most Forgiving Drivers 2023 – Hit The Fairway More Often With These D...