Cobra Air-X Irons Review – Are They Forgiving? Are They Blades? What Handicap? 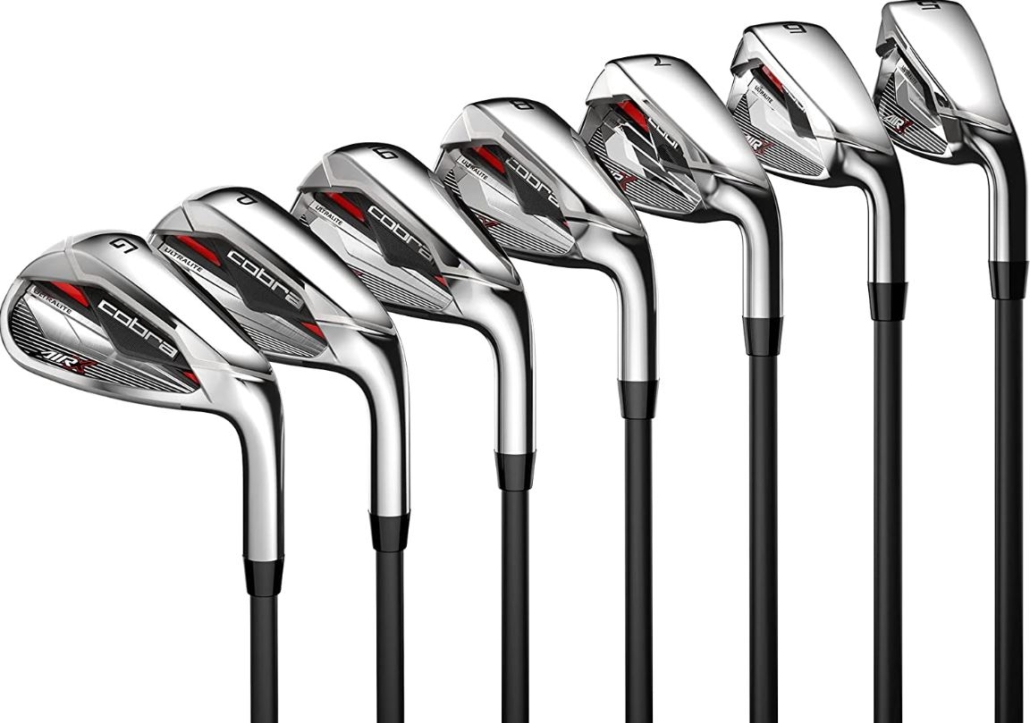 The new Cobra Air-X irons are here and may be just what you need to get your swing speed up.

The Cobra Air-X are billed as lightweight irons that will help higher handicap players hit the ball straighter and pick up more ball speed. Of course, we never take a manufacturer at their word so we went out and tested these irons for ourselves.

In the following review, you will read about our experience with the Cobra Air-X irons and you will have your burning questions about these irons answered. How good is the latest iron offering from Cobra? Let’s find out!

Are the Cobra Air-X Irons Forgiving? 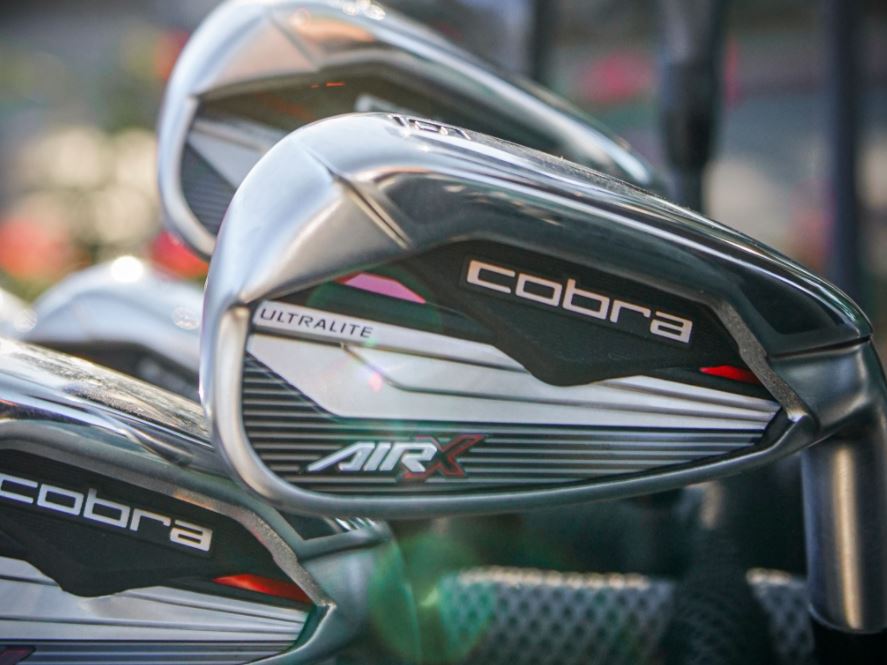 The Cobra Air-X irons are nothing if not forgiving.

Most of the features of the Cobra Air-X irons are geared toward making iron shots easier for higher handicap players. Next to a lightweight design, it was clear after testing these irons that the next top priority was to make these irons fly straight.

Our testers (many of whom have a draw bias) were seeing their balls fly straighter off the deck with these irons. They have a chunky topline which looks really nice at point of address if you struggle with accuracy.

One of the most amazing things about these irons is that they all have a swing weight of D0! Cobra wasn’t kidding around when they named these things “Air-X.” Most of our testers were seeing immediate increases in swing speed with these irons.

Traditionally, if your irons are cavity backs, they aren’t blades

The Cobra Air-X irons are no different. Sure, some irons straddle the line between cavity back and blades but that is not the case with the Cobra Air-X’s. The deep cavity backs and undercut sole look nothing like blades at point of address – which is a good thing if you’re a beginner or high handicapper.

What Handicap are the Cobra Air-X Irons for? 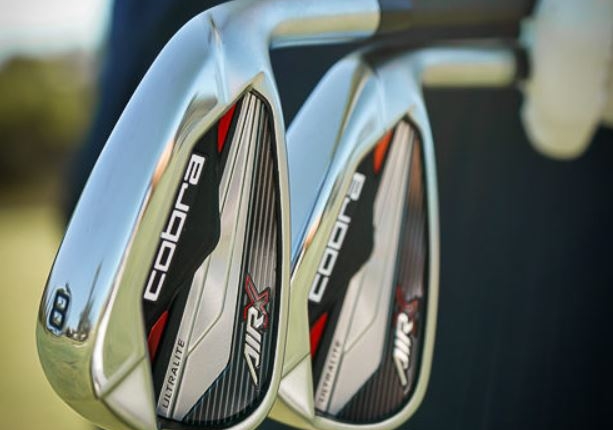 For example, the very design of the Cobra Air-X irons is for high handicappers. They sport a chunky topline and large head profile so players who struggle with striking accuracy will have more room for error.

The perimeter weighting helps generate more ball speed when you mis-hit near the toe or the heel as well. While we would have liked a chunkier sole for these irons, they are still wide enough to help with launch and turf interaction as well.

Of course, the Cobra Air-X irons will also be an excellent choice for anyone who wants to increase their swing speed. 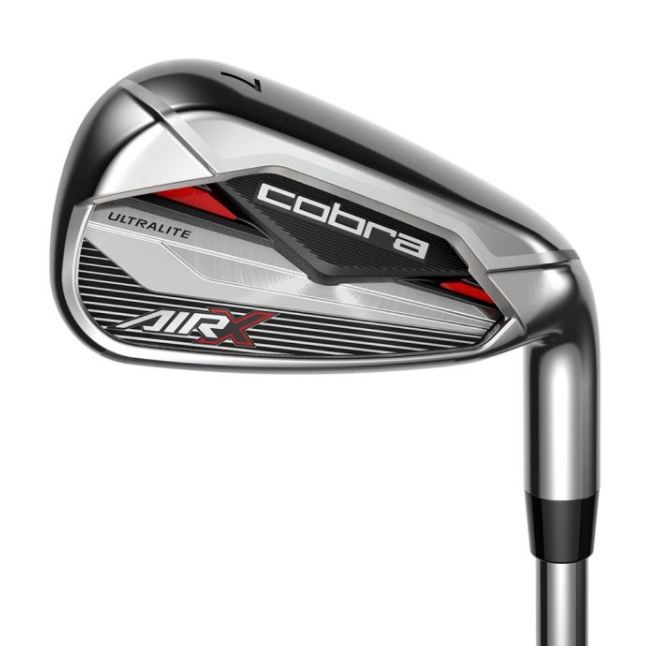 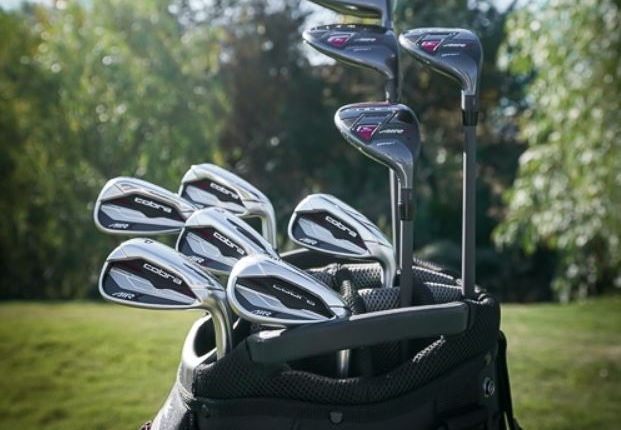 And at the end of the day, that assessment is still pretty close. Like we mentioned, there are not a lot of fancy features or flashy design elements with these irons. You don’t really know what’s special about them until you take a swing with them.

By far, the most amazing thing about these irons is how light they are. Every single one of our testers experienced increases in swing speed (3.4mph on average) with these irons from the deck and off the tee.

Our only issue with these irons is a potential distance gap. The 8-iron in this set is 35.5 degrees while the 9-iron is 40 degrees. That’s a loft gap of 4.5 degrees. This could create some problems for high handicappers.

However, it should also be mentioned that most of our testers had to club down with these irons because of the distance they produce.

Who Are the Cobra Air-X Irons for? 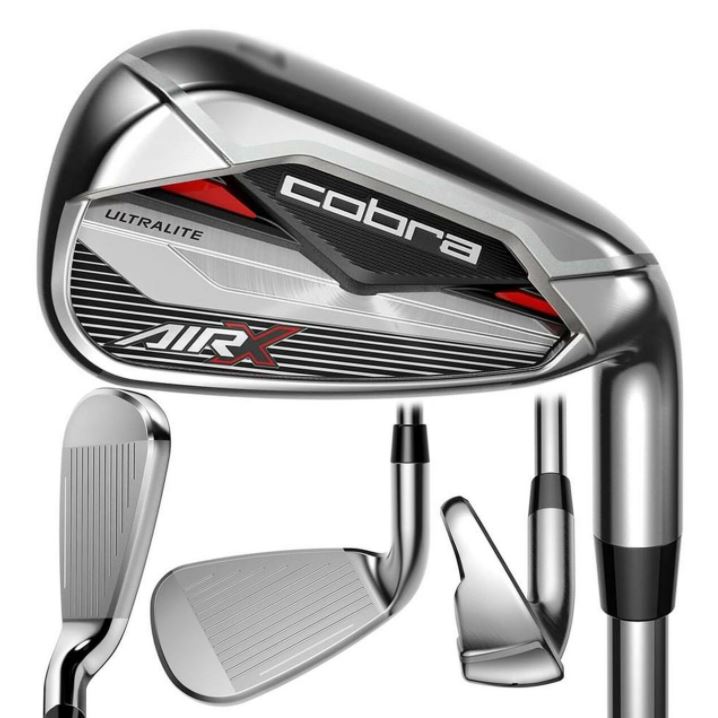 It was clear that the Cobra Air-X irons were for high handicappers before we tested them – after testing, it became apparent that they would also be good for senior players.

Whether you have just started out with the game, have come back to it after a years-long hiatus or Father Time is catching up to your swing speed, you will be able to benefit from the extraordinarily lightweight design of these irons.

Cobra also makes the LTDx irons which feature a steel bar placed behind the sweet spot to help increase ball speed and stability. You would think that would make these irons feel like slugs but the steel bar is encased in soft polymer so you still get a nice feel from them.

The LTDx irons also feature CNC milled faces and cavity backs. Overall, we like the LTDx irons more for mid handicappers as more of a design  emphasis has been placed on feel and accuracy with these irons.

They play a bit longer and have weaker lofts than the Cobra Air-X irons so you still get pretty good distance from them. The biggest difference between these two sets is the increased greenside spin and workability of the LTDx irons.