Callaway Warbird Irons Review 2021– Are they a Good Choice for High Handicappers? 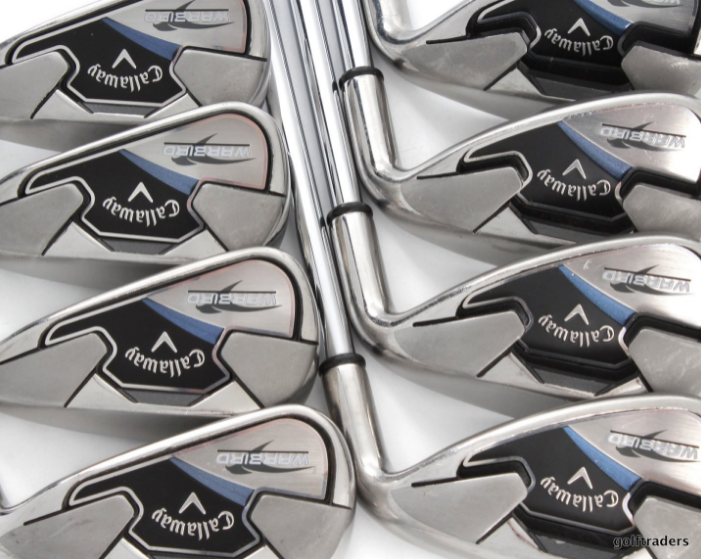 The Callaway Warbird irons sport a classic cavity back design and a look that will be favorable to beginners and high handicappers.

While the Callaway Warbird irons may be marketed to golfers of all abilities, we wanted to see if they were good specifically for high handicappers. With an entry-level price for a complete set of irons, do these clubs deliver for beginners? Are they forgiving? Find out in the following review.

The Callaway Warbird irons have some of the same features that more expensive Callaway clubs have.

The average price for a complete set of Callaway Warbird irons belie their value. Yes, these are entry-level irons; but they’re still Callaway’s. In fact they have similar features to more expensive Callaway irons.

For instance the 360 degree undercut channel that helps increase the flex and distance of more expensive Callaway irons is present in the Warbirds. The Warbirds also feature extreme perimeter weighting in the form of a visible notch weight.

This makes them more forgiving and brings the CG down nice and low. After just a few strokes with these irons, you will be able to tell why they call them Warbirds. They produce effortless launch. You also get good carry distance with these irons.

The lofts are pretty generous for cavity back irons so beginners shouldn’t have any problem getting the apex height they need – even from tough lies.

The Callaway Warbird irons also have expansive sweet spot that produce straighter shots even on low or high face impacts.

Are the Callaway Warbird Irons Forgiving?

The short answer is yes. While they are not the most forgiving irons in this price range, they have key forgiveness features that will flatten the usually steep iron learning curve that plagues beginner players.

Another great feature of these irons that will makes them more forgiving is progressive offset throughout the set. When you take a look down at the 5 iron for example, you will be able to see just how pronounced the offset really is.

This is a plus for beginners who tend to twist the head at point of impact. The generous offset will make it easier for players to square up to the ball at impact.

Would the Callaway Warbird Irons be Good for High Handicappers? 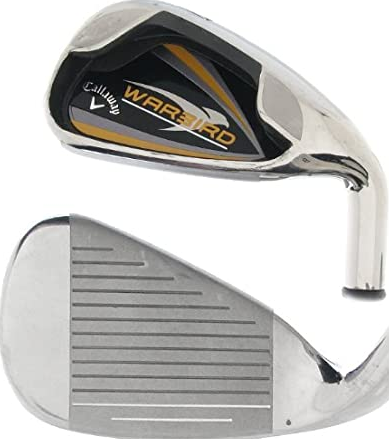 Even though the Callaway Warbird irons are advertised as irons for “all skill levels” they clearly have more value for high handicappers.

The Callaway Warbird irons offer almost effortless carry distance and apex height. The strong loft coupled with the slightly thinner than usual sole even makes them useful for getting out of the rough and over hazards.

While they don’t offer much in the way of greenside accuracy, high handicappers will love the increased distance they get from the long irons in the Callaway Warbird set.

What About Other Callaway Irons?

The Callaway Big Berth irons are also a popular choice among high handicappers looking for more distance and forgiveness. The feature an internal tungsten weight that puts the oomph behind all your shots.

The Big Bertha’s also feature urethane microspheres which absorb vibration on full swings. In general, the Big Bertha’s play longer and provide comparable launch to the Warbirds. They also have the same shortcomings in terms of short game accuracy. 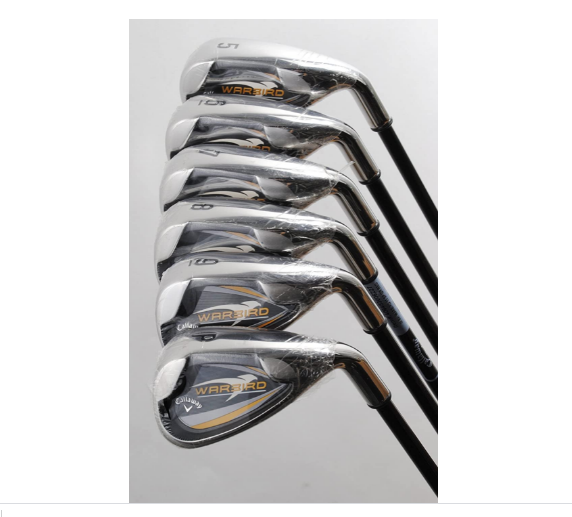 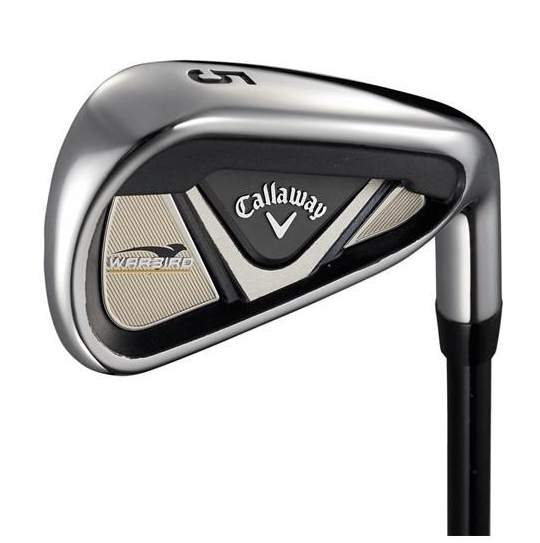 We really liked the wide cavity back design of these irons at first glance.

The Callaway Warbird irons have a beginner-friendly design that you can see right away. The blades are nice and long and the cavity isn’t too deep. That may sound like a drawback of these irons but it works in the favor of the beginner player.

That’s because a shallower cavity means that the face can be more expansive. Indeed, the sweet spot on these irons is large. They also have good face depth so you have plenty of room to work with. They looked good sure; but how did they play once we finally got them out on the course?

As expected, the long Warbird irons provided decent, easy distance. These aren’t the longest Callaway irons – even in this price range. But more importantly, the long irons are forgiving. The expansive face and pronounced offset work together to inspire confidence and produce straighter shots.

That all being said, the Callaway Warbird irons did feel heavy. They have a heavier swing weight than some other entry-level Callaway irons so just be prepared for that before you hit the course.

The Callaway Warbird irons will look good to anyone who struggles with the long irons – or the short irons for that matter.

Who are the Callaway Warbird Irons for? 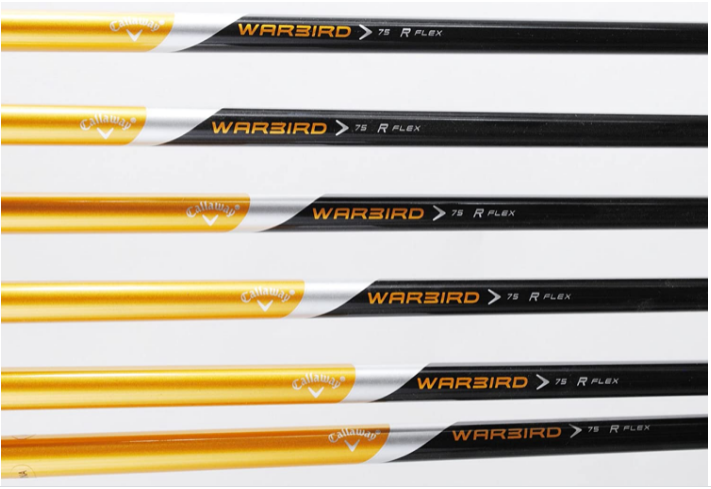 The Callaway Warbird irons would be perfect if you need to get better distance from your long irons.

Long irons (4’s, 5’s and 6’s) are notorious for being difficult to work with. They are, well, long and can be wildly inaccurate if you haven’t honed your stroke down as a beginner.

However, the Callaway Warbird irons are one of the magical sets that tames the longer irons for beginner players.

They would be ideal for anyone who is struggling with learning to play with the longer irons.

However, don’t expect much in the way of short game accuracy from these irons. At the end of the day, they simply weren’t built for that.

Cobra Speedzone Irons Review 2021 – Are They a Good Choice for High Handi...

Callaway Apex DCB Irons Review 2021 – Are they a Good Choice for High Han...
Scroll to top