5 Wood Vs 3 Hybrid – Which Club To Use And When

The 5 Wood has been a staple of every golfers bag for a long time while the 3 Hybrids rise to prominence has been hard not to notice in the golfing world.

The 5 Wood is a more blunt object than the precise iron and consistently straight hybrid. It’s a great club for getting the ball towards the green consistently from a relatively long distance.

The Hybrid as the name suggests is a mixture of fairway wood and iron, providing more accuracy with a lot of distance and a sharp leading edge for shots from bad lies and an easy launch.

The first thing you will notice about the 5 wood is it’s large head but it is a much more manageable club with its more generous loft and shorter shaft.

It’s large head shape still makes it an ideal club for distance and for players with slower swing speeds, the 5 wood maybe the first club in their bag after a 12+ degrees driver.

For those with slower swing speeds, the combo of 5 wood and 3 hybrid maybe the first clubs they carry after the driver.

The 5 wood is going to be useful off the tee but it comes into its own from a nice lie on the fairway and there is no feeling quite like hitting a 5 wood flush and watching it fly towards the green and it isn’t that difficult with the large club face on offer.

Because of the extra loft the leading edge is also sharper making the club more useful from the light to mid rough.

Overall the 5 wood is a highly versatile club that offers consistency, launch and distance.

There was a time when Hybrids weren’t used in golf, then they became popular with beginners and now they are in the bag of almost every golfer, amateur and professional.

The Hybrid is also known as a rescue club as its sharp leading edge cuts through the longer grass execptionally well.

The 3 hybrid is one of the most common and it comes after the 5 wood in most sets these days.

The large head size couples with a large face and sweet spot making the club extremely consistent at producing long and straight shots.

The 3 Hybrid also offers less spin rates which is great for high handicappers but has led to hesitancy in the better players which has gradually broken down over the years as the club technology has improved.

The 5 wood is along club that is great for long and consistent shots in the direction of the green while the 3 hybrid offers much of the same while being easier to hit and more consistent in the straightness of your shots.

If you struggle with woods or long irons the 3 Hybrid is a great club to carry and the 5 wood is a more manageable version of the 3 wood and driver that should be easier to hit well than either of the former.

As the 5 wood is longer than the 3 hybrid it is very common to see these clubs together in the same bag.

When To Use: From Fairway, Tee Or Light Rough 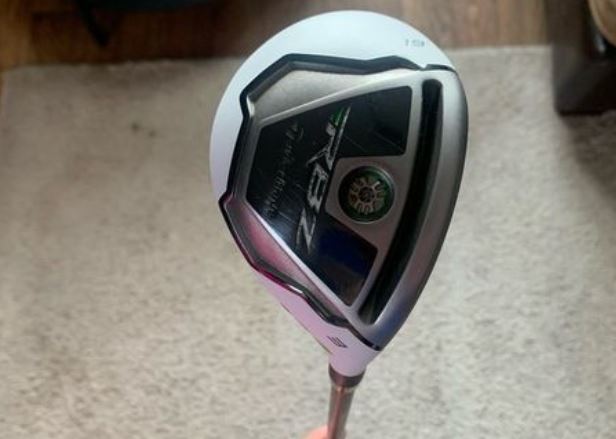 When To Use: From Fairway, Tee Or Light To Heavy Rough

The 5 wood is one of the nicest clubs to hit in the bag form the fairway, light rough and occasionally from the tee as well.

It has a large head with a manageable shaft length and a generous loft which results in a high long and straight ball flight.

When the ball sits up on the fairway is the perfect time to pull out the trusty 5 wood and it’s flight path is higher and we less roll than the club that is one up in the 5 wood.

The Average hitter will average close to 200 yards with a 5 wood so it is quite a long club in and of itself  and the next club down the line with be a 3 hybrid , 3 iron, driving iron or even a 7 wood.

Common problems when hitting the club would a hook or a fade and it can be down to a number of issues from shaft length to shaft flex or just the swing mechanics of the golfer.

A D Type 5 wood might help to straighten out a 5 wood’s flight path or else some lessons.

5 Woods have slightly become less popular in recent times due to the hybrid clubs gaining popularity and even finding their way into the professionals bags these days. Still the 5 wood is an extremely popular club in almost every bag.

A Slightly longer and lower launching club than the 5 wood, it is a staple is every golf bag around the world. It is also quite versatile being useful from the tee, fairway or the light rough.

One Club Down – 3 Hybrid 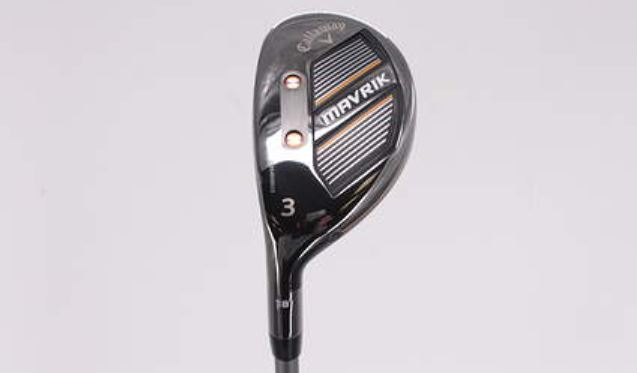 A Hybrid as the name suggests is a mix between a fairway wood with is large, round head and an iron with is large sweet spot and excellent turf interaction.

The 3 Hybrid is one of the most popular in the collection and the 3 & 4 Hybrids are usually found in most sets these days. While they used to be predominantly used by beginners and high handicappers they are now also seen in most pros bags too.

The clubs are incredibly versatile but as with most clubs they will enjoy there best performance from a nice lie on the fairway.

The large sweet spots ensure consistently straight shots and the decent loft and turf interaction ensure a high ball flight although they are slightly less workable than their iron counter parts.

The 3 Hybrid is a great for most players around the 190 mark on average from any lie and the club is great for hitting the green consistently.

A 3 hybrid can really add consistency to your game especially if you struggle with your longer irons, it will often replace a 3 or 4 iron these days.

The 2 hybrid is a very similar club to the 3 except it has a stronger loft and thus hits the ball further but on a lower trajectory and with less roll out.

One Club Down – 4 Hybrid

The 4 hybrid is often coupled with the 3 in many beginner sets and will hit the ball 5 to 10 yards less than the 3 Hybrid with a higher loft that can cut through the rough more easily.

Who Are 5 Woods For? 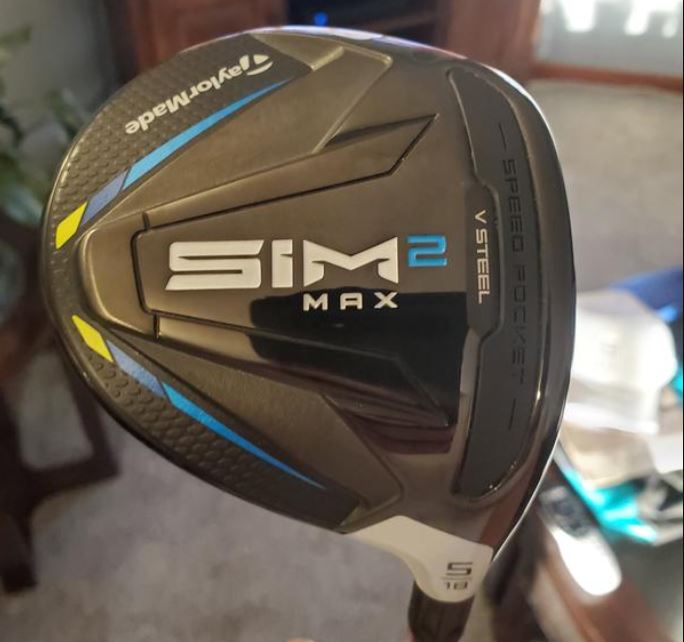 The 5 wood is an excellent club for everyone to carry.

It is long, forgiving and easy to hit and it also covers key distances on the course.

The high arching stroke makes this club perfect for hunting the green on a long par 4 or on a par 5, it can be also be used from the tee for par 3’s or to lay up on a dog leg.

All in all the 5 wood is a key component in every bag.

The Taylormade Sim Max range has a ton of quality features for distance, forgiveness and accuracy.

The Sim Max is not the latest model so you get it at a good price and it is competitive with any club in the game.

The sim max will ideally help high handicappers but the sim 5 wood will be perfect for intermediates. 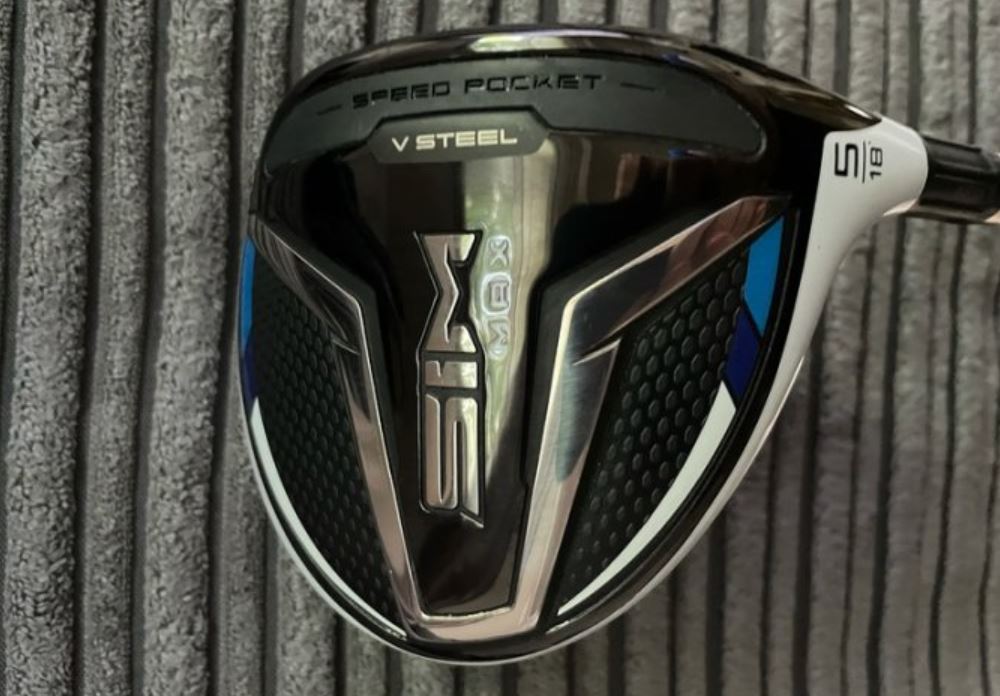 Who Are 3 Hybrids For? 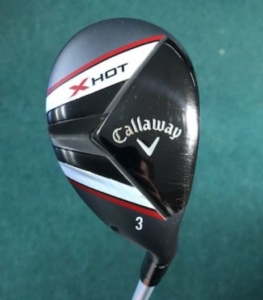 While 3 Hybrids started out as a club best utlized by beginners and handicappers, that is certainly not the cases now as Hybrids are also ominpresent in the bags of elite golfers around the world.

For it’s usefulness from the rough alone, the ‘Rescue club’ has become a vital component in almost every bag while the consistent straight and high shots are another reason why Hybrids are included in almost all golf sets these days.

For long shots from any lie, consider trying out a 3 hybrid.

When you go with Taylormade, you know you are getting the best quality and since the Sim Max is not the newest model, it packs nearly all of the same tech at a lower price point.

The club is long, consistent and forgiving with a massive sweet spot, exceptional turf interaction and market leading forgiveness.

The Sim 3 Hybrid will be more suitable for the better players too.

7 Wood Vs 3 Hybrid
Scroll to top